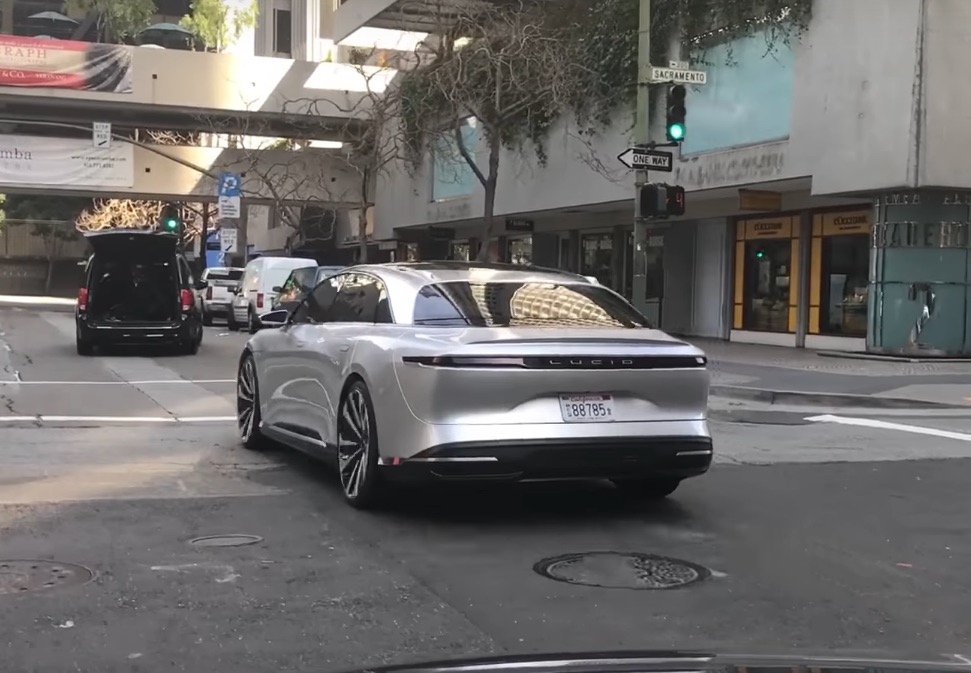 Sightings of Lucid Motors’ “Air” driving through the streets of San Francisco made its way through Instagram and YouTube recently. It’s the second time we’re seeing the would-be Tesla rival in action in less than a week.

Sources close to the matter tell Teslarati that the Lucid Air was being filmed for promotional and marketing materials for the company. The Silicon Valley-based electric car maker, headquartered less than 10 miles away from Palo Alto-based Tesla, began taking online reservations for its ultra-luxury 4-door sedan last year and expected to make a large marketing push in the coming months. Putting test mules on the streets follows the typical design cycle that Tesla used when refining the Model S and Model X ahead of its official public launch.

The design of Lucid’s Air fairs well against the San Francisco architecture. Designed from the ground up to be a 400-mile range electric car with all wheel drive, it’s exciting to be able to see Lucid’s Air coming to life.

Check out the photos and the video below.