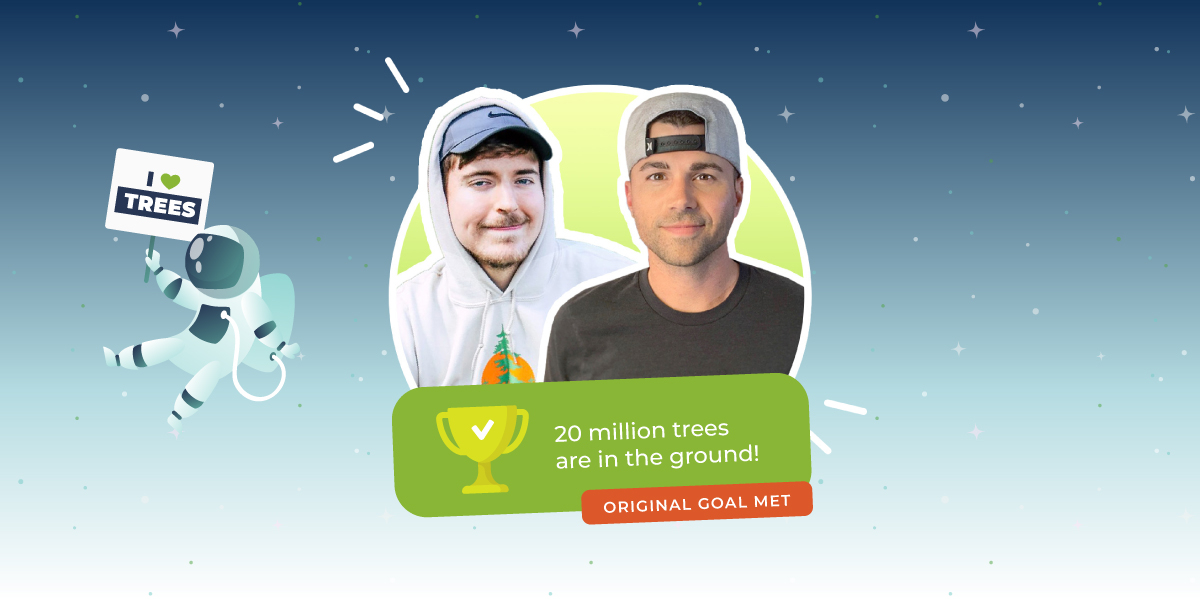 #TeamTrees planted over 24 million trees within three years of its campaign launched on October 25, 2019. MrBeast, a popular YouTube creator whose real name is Jimmy Donaldson, launched the #TeamTrees charity campaign with Mark Rober, another creator who’s also a former NASA engineer. The campaign was inspired by one of MrBeast’s fans on Reddit, who suggested that he plant 20 million trees to celebrate reaching 20 million YouTube subscribers.

The campaign promised to plant 20 million trees around the world by the end of 2022, with one tree planted for every dollar donated by supporters. The campaign received a lot of support and went viral pretty quickly. After just four days,  Tesla and SpaceX CEO Elon Musk added his support. He donated $1 million to the campaign.

On Tuesday, MrBeast announced that the #TeamTrees charity campaign successfully planted over 20 million trees around the world, fulfilling the promise to plant 20 million trees by the end of 2022.

The campaign met its funding goal just 6 days after the launch, with the most common donation amount being $5. Elon Musk wasn’t the only notable supporter. Jack Dorsey, Tobi Lutke, and Marc Benioff also donated. Elon Musk even changed his name to Treelon on Twitter after tweeting that he’d donate $1 million.

“Kids donated their tooth fairy money, bugged their parents, and organized their schools,” said Mark Rober. “Whether you donated $1 or just told a friend, you’re on the team for planet earth.”

The campaign planted the trees in 30 countries and 11 U.S. states with its planting partner, The Arbor Day Foundation. Locations include the Andes Mountains in Peru and the mangrove forests of Brazil, located near the Atlantic Ocean.

In my region, #TeamTrees planted 1 million trees along the Mississippi Delta, which was once a 24-million-acre forested wetland. #TeamTrees noted that only 4.4 million forested acres remain in small patches. “Tree planting efforts will improve critical habitat for threatened and endangered species and protect the water quality of the rivers and streams within the delta,” it said. You can view the full list of locations here.

#TeamTrees also supported reforestation efforts in Paradise, California, where one of the most destructive wildfires in U.S. history took place.

Dan Lambe, CEO of the Arbor Day Foundation, said that the nonprofit was proud to be partnered with #TeamTrees.

“We are incredibly proud to be the official planting partner for #TeamTrees.The internet came together to place its trust in this effort, and these 20 million trees in the ground are proof it was well-placed,” said Lambe.

Matt Fitzgerald, #TeamTrees Co-Founder & Campaign Director, emphasized the importance of trees as an integral part of the solution to climate change.

“We said all along that planting trees isn’t a silver bullet for climate change, but trees are a key part of the solution. What’s even more important is inviting people into collective action for the planet. This is a moment when we need all the help we can get. Now imagine what this team could do next,” Fitzgerald said.