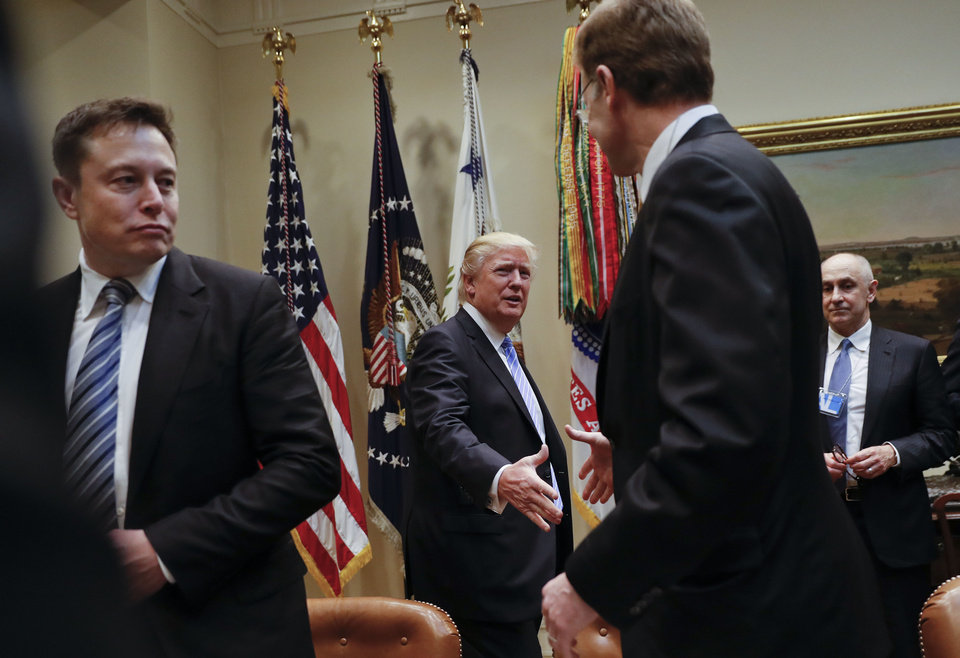 Elon Musk shocked social media when he tweeted an endorsement of Rex Tillerson as the next US Secretary of State on Tuesday. Musk has a few good things to say about Donald Trump leading up to his Presidency and Trump’s choice of the former CEO of Exxon Mobil seems to be a slap in the face to anybody who is concerned about global warming and the role fossil fuels have played in it.

Exxon Mobil is currently being investigated by the attorneys general of the New York and Massachusetts. Both contend the company knew of the harm that burning fossil fuels could do to the environment 40 years ago but elected to spend billions funding special interest groups to oppose the climate change message being put forth by James Hansen, The Union of Concerned Scientists, and others.

Weaning the world off fossil fuels is one of the central themes of Elon Musk’s plan to build compelling electric cars and promote solar power. What could he possibly find appealing about the CEO of the largest oil company in the world?

Yesterday, The Economist endorsed Tillerson and Musk tweeted shortly afterwards that he agreed with The Economist.

@TheEconomist This may sound surprising coming from me, but I agree with The Economist. Rex Tillerson has the potential to be an excellent Sec of State.

Musk added, “Rex is an exceptionally competent executive, understands geopolitics and knows how to win for his team. His team is now the USA. I share The Economist’s opinion that he should be given the benefit of the doubt unless his actions prove otherwise.

Has Elon deserted his loyal fans who tend to be rather more ecologically aware than the norm? Apparently not. Later in the day, he revealed the reason why he supports Tillerson for Secretary of State.

Rex Tillerson supports a carbon tax. This is what is really needed to move the needle. https://t.co/6ne01TOzs1

Musk is betting that Tillerson will be able to influence Donald Trump to accept a carbon tax, something Musk has been advocating for since he first joined Tesla Motors. It is a way to eliminate what economists refer to as an “untaxed externality,” something that is a cost of doing business that is not incorporated into the price of finished goods.

Musk delicately refers to the fact that fossil fuel companies largely avoid paying the environmental and societal costs of their activities  as “the turd in the punchbowl.” During the COP21 Paris climate summit, he made a compelling case for a carbon tax to a distinguished audience at the Sorbonne. In Tillerson, he seems to believe he has an important ally.

Musk has also been present at a number of meetings with Donald Trump, leading some to question whether his apparent support for the new President could alienate some of Musk’s traditional supporters. Until now, Musk and Tesla have been careful not to become embroiled in the divisive political storm that is roiling America.

Treading carefully between the needs of his businesses, the needs of his customers, and the policies of the new government may be one of the toughest challenges Musk has ever faced. Uber, for instance, has suffered a backlash from people incensed that CEO Travis Kalanik has accepted an appointment to one of Trump’s policy forums for business leaders. Musk is also a member of the same forum, but so far there has been no political backlash against Musk and Tesla.

Tesla is doing what Trump wants other car companies to do — build more American factories that employ American workers. But SpaceX is dependent on NASA for a significant portion of its future income. Of all Musk’s business ventures, it can least afford to alienate the current occupant of the Oval Office.

Musk may have made a carefully calibrated political calculation with regard to his working arrangements with the administration, but his support for and trust in Rex Tillerson seems to be grounded in the belief that a carbon tax is vital step to the fight to limit the damage from the consumption of fossil fuels. Unless and until he does something to break that trust, Tillerson and Musk will remain what Washington watchers for decades have called “strange bedfellows.”