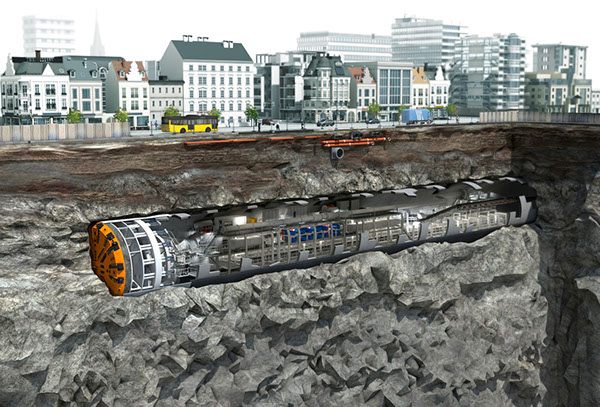 Not content to just advise presidents, build new factories, and create a global internet, Elon Musk is apparently serious about digging tunnels to alleviate traffic congestion. In specific, the CEO of Tesla and SpaceX plans to dig a tunnel that begins from his space company to possibly nearby LAX airport. Today he tweeted:

Exciting progress on the tunnel front. Plan to start digging in a month or so.

Asked if he was serious, Musk tweeted, “Yup.” The first question, of course, is where will this first tunnel be located? Musk had a ready answer for that.

@_wsimson Starting across from my desk at SpaceX. Crenshaw and the 105 Freeway, which is 5 mins from LAX

Apparently, that first tunnel will make it easier for Elon to get to the airport on time. He didn’t say if others would be permitted to use the tunnel from SpaceX to LAX.

Last December, Musk sprang the idea of digging tunnels on an unsuspecting world. Naturally, it first came up in a Tweet in which he said, “Traffic is driving me nuts. Am going to build a tunnel boring machine and just start digging…” For skeptics, he added, “I am actually going to do this.” Traffic seems to be the bane of Musk’s existence. The whole idea of the Hyperloop began when he was stuck in Los Angeles traffic and found himself wondering if there was a better way for people to get from Point A to Point B.

His frustration is understandable to anyone who has ever had the misfortune of trying to get anywhere in Southern California. Traffic there is hopelessly snarled 24 hours a day. As soon as more highways with more lanes are added, the supply of cars increases to glut the new roads with stupefying traffic jams.

The Hyperloop is a long tube stretching from Point A to Point B. Inside the tube, a partial vacuum allows vehicles to approach speeds of 700 miles an hour, thanks to reduced wind resistance. The idea is now under active development by two international companies. SpaceX will host the first Hyperloop Pod Competition this weekend outside its Hawthorne, California headquarters.

Countries and cities around the world are hoping to attract prototypes to help solve their own transportation problems.

Perhaps there could  be a melding of the tunnel boring business and Hyperloop construction? Building the Hyperloop above ground might not be hard to do in the desert between Abu Dhabi and Dubai, but finding space around congested cities could be a lot harder. Only time will tell whether either idea will ever become commercially viable.