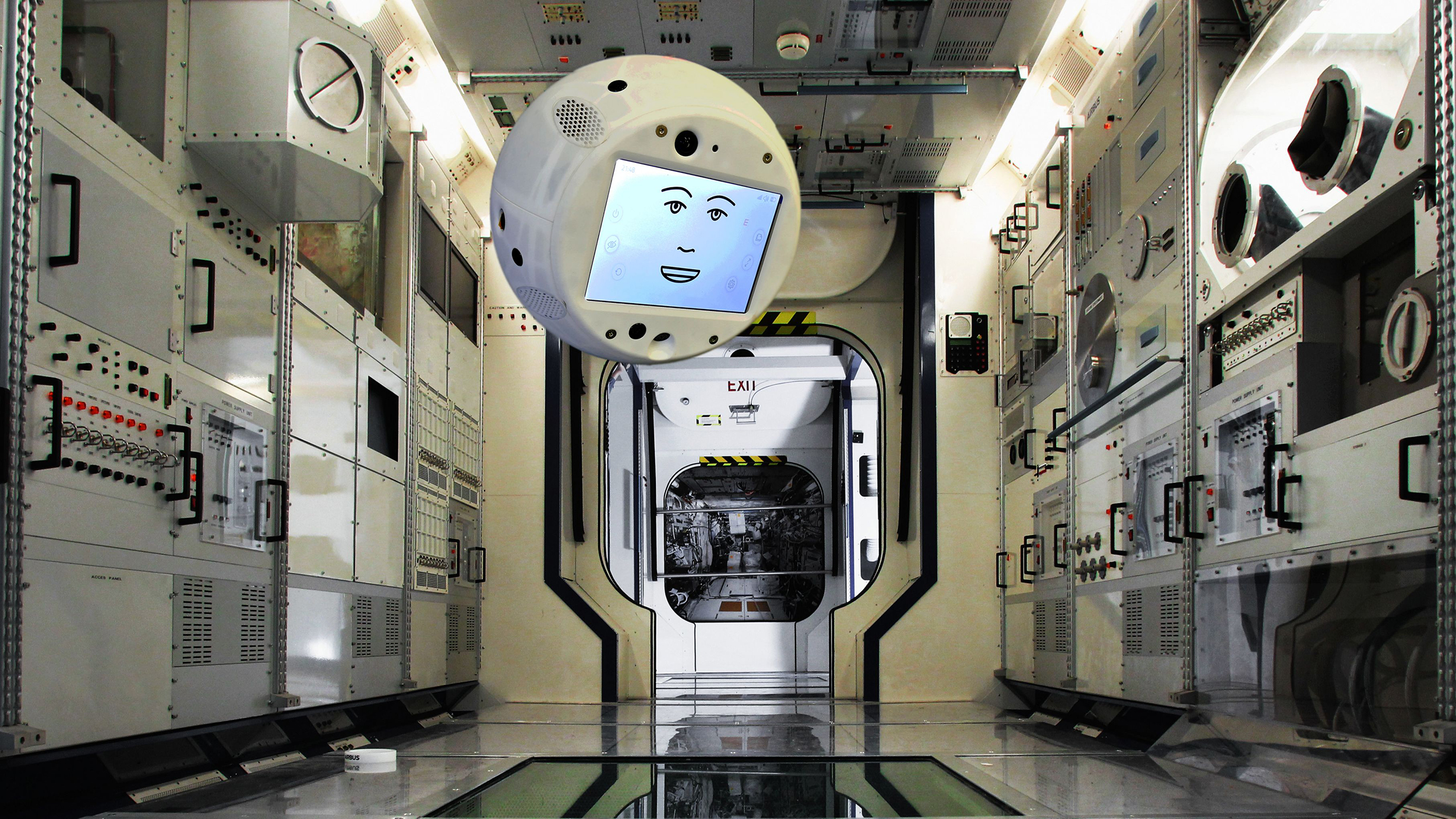 CIMON is designed to help astronauts on the space station.

NASA is proposing sending emotionally intelligent robots with a crew of astronauts to help with keeping humans company in their long-duration mission to the moon and eventually Mars.

Throughout the sci-fi universe, you see droids and other sentient robots traveling with human companions and helping with a variety of tasks. Thanks to Stanley Kubrick, the thought of artificial intelligence in space can be a little unsettling.

But NASA and its astronauts currently work with a small group of benign, helpful robots on the International Space Station. To take that one step further, the agency is exploring sending emotionally intelligent robotic helpers along with the crew, to assist astronauts on future trips to Mars and the Moon.

Proponents of the project hope that the virtual assistant would be able to anticipate the needs of the crew and help out as needed. Recently, a medicine-ball-sized robot, called CIMON (for “crew interactive mobile companion”) launched to the space station. It’s tasked with assisting the crew with various tasks over the course of three years.

The original version of CIMON was designed to work specifically with European Space Agency astronaut Alexander Gerst as he conducts different experiments on station. However, things didn’t go exactly as planned and the robot proved it came with more attitude than Gerst bargained for.

The current robots lack emotional intelligence, but engineers are working to change that. NASA’s Jet Propulsion Laboratory is working with the Australian tech firm, Akin to develop a virtual assistant that could one day not only help with daily tasks but also provide emotional support to astronauts on long-duration missions.

The company says its goal is not to simply build a cosmic Alexa or Siri, but to have that technology act as a companion and be able to evaluate the crew’s mental and emotional health. This could prove useful as humans venture further out into space. Astronauts in low-Earth orbit are able to easily access a medical professional but those on long-duration missions will have to deal with longer lags in communication times. This type of virtual assistant could help diagnose issues.

Akin relies on JPL’s  Open Source Rover project, which makes NASA’s basic robotic designs available to the public. This even includes rover designs like the Mars Curiosity rover that launched to the red planet in 2012. The company has been using this program to build and test its AI.

The result: an emotionally intelligent rover named Henry the Helper. Right now, Henry spends its time traveling around JPL to interact with employees, showcasing how well it can recognize human emotion. Future iterations will come online in the near future testing various other tasks.