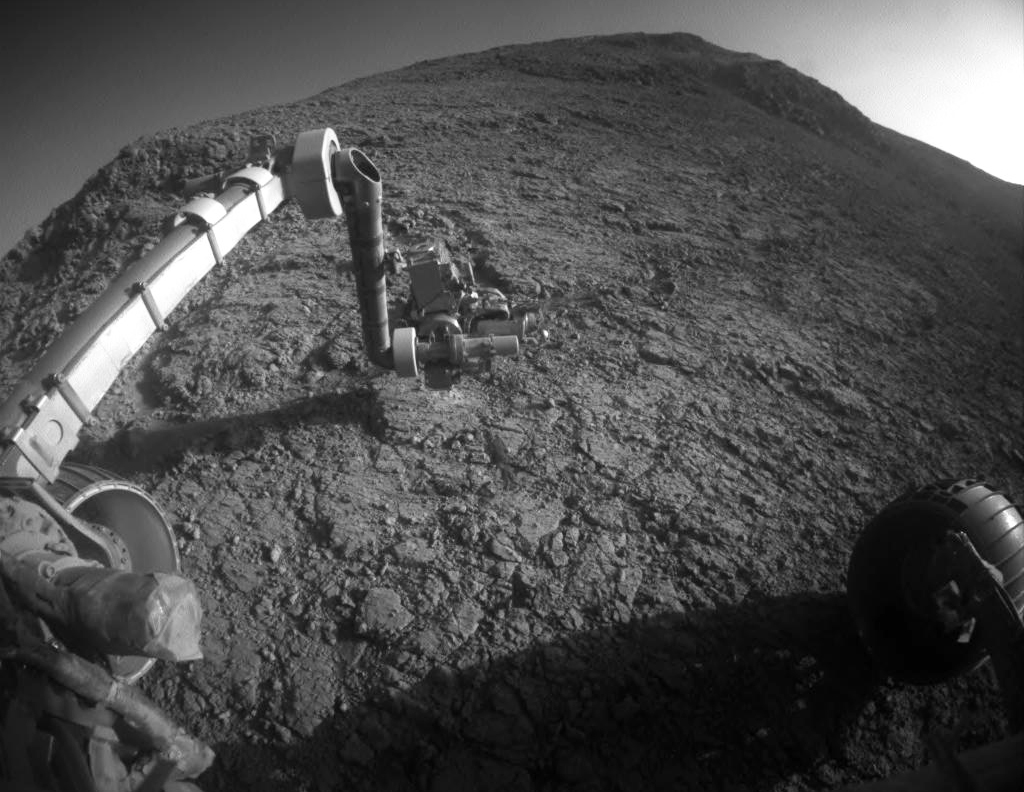 After 15 years roving around our neighboring red planet, NASA announced the end of its Opportunity rover mission on Mars today during a live conference held at 2 pm EST. The rover’s team of scientists spent last night sending a set of commands intended to be the last attempt at waking Opportunity, and this afternoon’s announcement confirmed the final fate of the mission. A planet-wide dust storm in summer of 2018 shut the Martian rover down due to its solar panels being blocked from debris, and the long duration spent without power apparently led to a series of failures which prevented a recovery. The last communication NASA received from Opportunity was on June 10, 2018.

Want to show the team some love? Send a postcard: https://t.co/eO2SClFcYm pic.twitter.com/trDjRNf65E

Over the last few months, while scientists continued to revive Opportunity, hopes were fairly high that communication would be reestablished. The rover’s batteries were in good health prior to the dust storm, and the surface temperature was relatively warm when the storm began. Also, its programming was designed with “fault modes” allowing actions to be taken automatically to maintain the rover’s health. The team at NASA had attempted to talk to Opportunity several times per week once the storm began to clear using the Deep Space Network, an international array of giant radio antennas supporting interplanetary spacecraft missions, and over 600 attempts were made without any response received. The announcement was broadcast live via NASA’s website.

Emotions were high during NASA’s mission end announcement. Associate NASA Administrator Thomas Zurbuchen began the event’s commentary: “I stand here, surrounded by the team…it’s an emotional time,” he began. “Science is a team sport, and that’s what we’re celebrating today.” NASA Administrator Jim Bridenstine noted that while Opportunity stopped communicating around the same time be began his service with the administration, he was still in awe at the achievements the rover and its team were able to achieve throughout their mission. “When this little rover landed, the objective was to have it move 1100 yards and survive for 90 days,” he exclaimed before reiterating the unexpected 15 years the mission eventually lasted. Michael Watkins, Director of NASA’s Jet Propulsion Laboratory commented on the mission’s broader contribution to society: “Spirit and Opportunity energized the public about the spirit of Mars exploration.”

John Callas, project manager of NASA’s Mars Exploration Rover (MER) project, provided some insight about what could have caused Opportunity to shut down for good. Earlier in Opportunity’s mission days, a heater on its robotic arm failed to turn off, draining the rover’s energy in the process. To overcome this issue, the team at NASA designed a deep sleep mode which shut down nearly everything on Opportunity, including the heater. Callas surmised that the dust storm which ended the rover’s mission may have disrupted its sleep cycle, reinstating the power draining issue and preventing recovery. He also described the quality of Opportunity’s batteries and the seasonal reliability of the Martian winds to clean its solar panels as part of the reasons it lasted as long as it did. Finally, Callas had his own farewell comments to add. “Even though it’s a machine, saying goodbye, it’s very hard and very poignant,” he remarked. 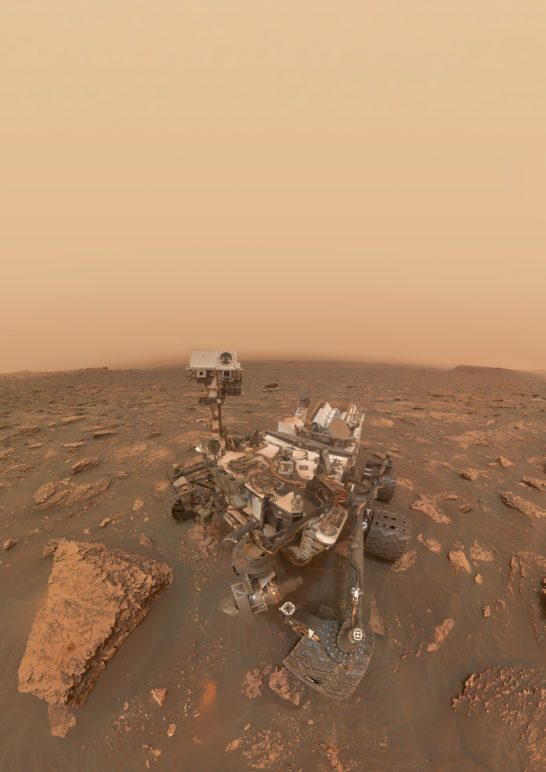 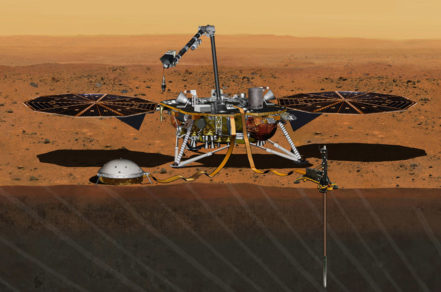 InSight, a NASA mission to put another spacecraft on Mars, is the first mission dedicated to investigating the deep interior of Mars. The findings will advance understanding of how all rocky planets, including Earth, formed and evolved. Source: NASA/JPL-Caltech 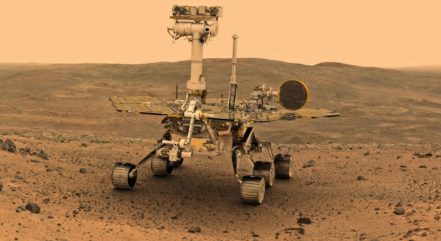 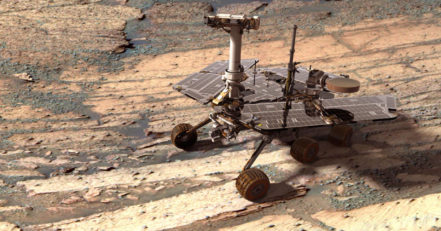 NASA’s Opportunity rover (nicknamed “Oppy”) launched on July 7, 2003, aboard a Delta II rocket from Cape Canaveral, Florida. Its primary mission was to search for and characterize rocks and soil while looking for indications of water activity in the Martian past. One of the better-known discoveries made by the rover was the discovery of hematite on the surface, a mineral which typically forms in water. Also found were strips of gypsum in rocks around a crater, indicating that water most likely flowed through the area at one point. The storm which finally ended the rover’s mission was intense and massive, its size is roughly the area of North America and Russia combined with Opportunity in the center.

A month prior to Opportunity’s launch, its twin rover Spirit headed for Mars with a similar mission. Both rovers lasted years longer than their 90-day expected life span, but unfortunately, Spirit’s mission ended before Opportunity’s when it became lodged in soft soil at a site called “Troy”. NASA ended its rescue effort of Spirit in May 2011. Another NASA rover named Curiosity is still crawling the planet, however. Its plutonium-nuclear power source helped it avoid the same fate that came over its predecessor, even sending back a storm-riding selfie during the event that claimed Opportunity.

NASA’s most recent mission to Mars was its InSight lander, a geological science mission sent to study the core of the planet and atmosphere. After arriving at the red planet in late November 2018 with twin CubeSat mission MarCo, it successfully landed without incident and sent a dusty photo back for Earthling enjoyment and arrival confirmation. In the months since it’s treated NASA and the public alike with selfies and the sound of Martian wind. Its instruments have recently been placed on the surface, so new planet data is expected soon.

Up next for the fourth rock from the Sun will be Mars 2020, an advanced rover dedicated to high-priority science missions including the search for habitable conditions and microbes in the ancient past. NASA plans to launch this rover in July 2020.