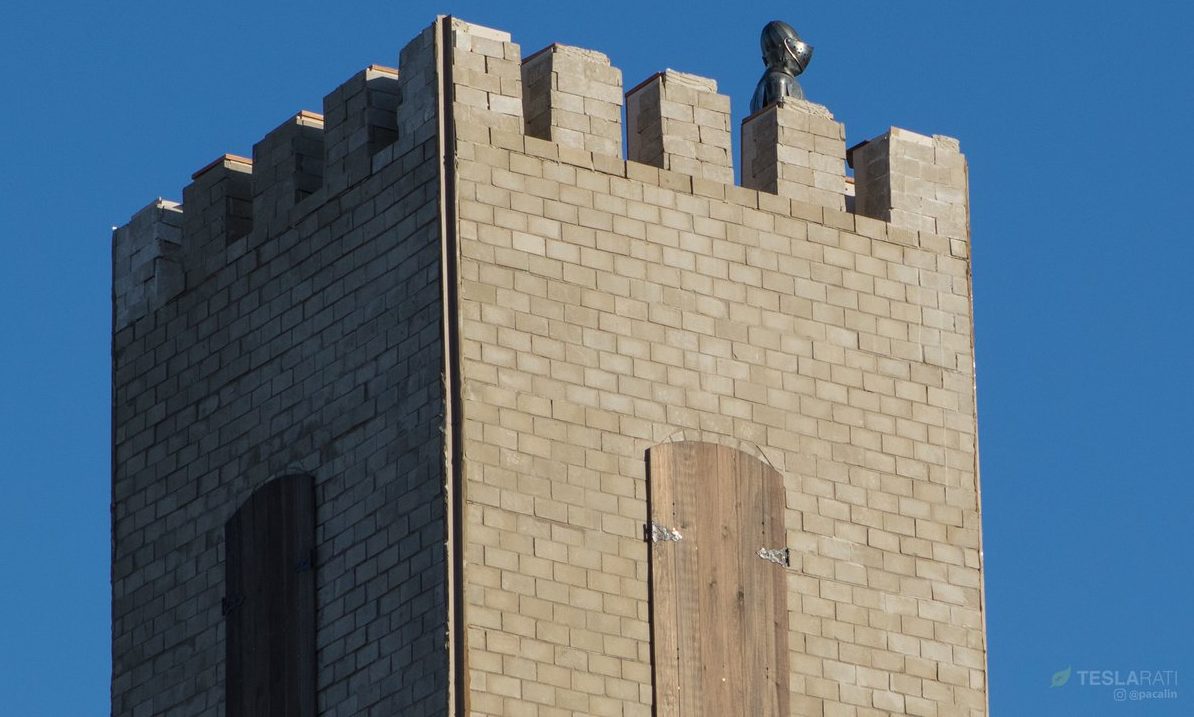 It appears that The Boring Company’s unveiling event last December left behind something special on top of Elon Musk’s Monty Python-style watchtower. As could be seen in an image taken last week, a dummy knight could be seen standing at the top of the Boring Brick-laid structure.

Teslarati photographer Pauline Acalin was able to get a shot of the solitary figure atop the Boring Company watchtower during a trip to Hawthorne, CA last Thursday. The tunneling startup’s knight is dressed in full armor, which is different from the costume worn by actor John Cleese in the iconic Monty Python and the Holy Grail watchtower scene.

Just like many of SpaceX and Tesla’s Easter Eggs, Elon Musk’s Boring Company watchtower is a nod to pop culture. During the sequence in the movie, a sharp-tongued and quick-witted French knight stationed at a watchtower relentlessly threw numerous and creative insults at King Arthur and his knights. Some of the knight’s insults, such as “I fart in your general direction” and “Your mother was a hamster and your father smelt of elderberries” have stood the test of time, surviving the years since the film’s release in 1975 until the present date, where they live on in internet meme culture.

The buildout of Elon Musk’s Monty Python-style watchtower was a feat of quick, practical engineering. To construct the tower, the tunneling startup first set up a metal framework for the structure, which was then overlaid with large pre-made sections of Boring Bricks. Using this system, workers were able to complete the multi-story structure on time for the tunneling startup’s opening party on December 18. 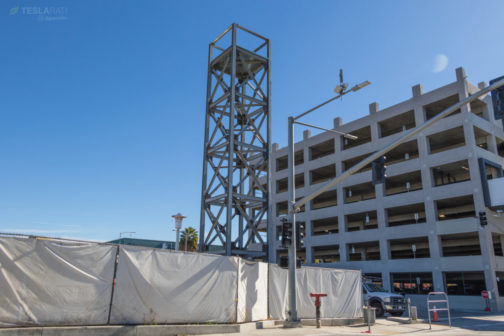 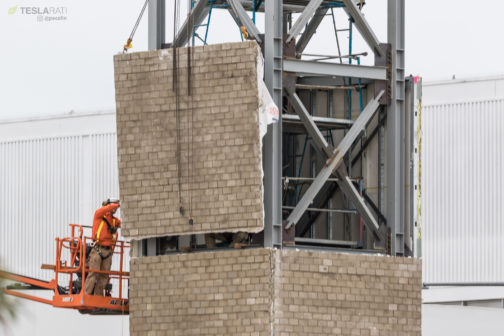 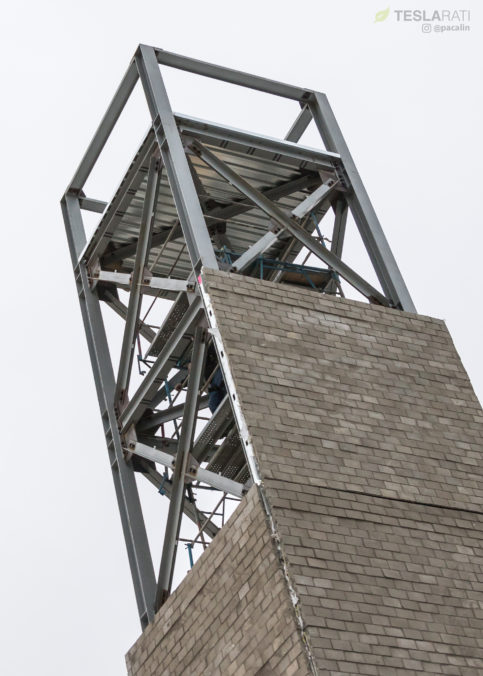 To say that the opening party of The Boring Company’s test tunnel was fun is a gross understatement. Attendees of the event were treated to activities such as smores-making using Not-a-Flamethrowers, as well as one-on-one battles between knights in full battle garb. A shrine to Gary the Snail, which Elon Musk noted is faster than a conventional Tunnel Boring Machine (TBM), was also set up at the party. Of course, a sharp-tongued knight stationed at the watchtower was also present to hurl insults at some of the event’s attendees. Teslarati photographers Tom Cross and Pauline Acalin were not spared.

It remains to be seen how long Elon Musk would keep his Monty Python watchtower standing near the SpaceX headquarters in Hawthorne. For now, passers-by would best be advised to look up when they pass the area, as they might just glimpse the tunneling startup’s stationary knight atop the watchtower — standing guard and (fortunately) unable to hurl insults.

Relive The Boring Company’s opening party in the video below.