In recent weeks, a great deal of exaggerative noise has been spread wide about the supposed impossibility of making the planet Mars more Earth-like and hospitable, a concept known as terraforming. The reality is quite a bit different, especially within the context of any SpaceX or NASA-driven human outposts or colonization attempts.

Triggered by comparatively reasonable research just published by two experienced planetary scientists, much of the hyperbolic media coverage that followed failed to properly frame the true challenges of terraforming the Red Planet.

Keeping the cart behind the horse

Before anything else, it’s critical to take a step back from the idea of terraforming and consider the simpler facts of any human presence on Mars. First, the rationale for a permanent human presence on Mars is largely independent of the environmental conditions on the planet – it’s a huge help to have basic resources available in situ (on site), but the difficulty of surviving in a given non-Earth environment is immaterial to the human desire to both explore and survive.

Assuming we humans really do want to ensure that a subset of ourselves can independently survive any truly global catastrophe on Earth, be it natural or artificial, we will find a way to do so in even the harshest of environments. Living on Mars would be downright luxurious compared to life aboard the International Space Station, thanks largely to ~1/3rd Earth gravity, accessible natural resources to replenish consumables, an Earthlike day and night cycle, considerably more forgiving temperature extremes, and much more. 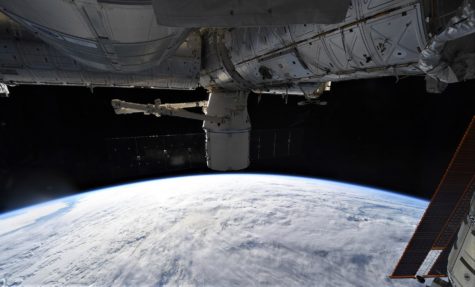 The ISS orbits just a few hundred miles above the surface of the Earth and hosts an average of six crewmembers at any given moment. (NASA) 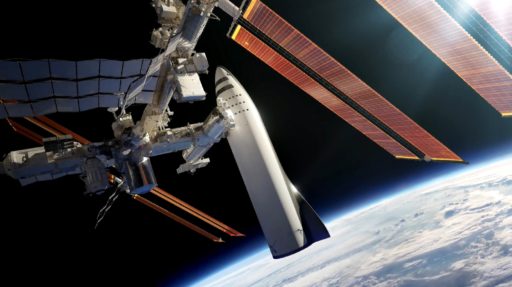 Despite the inhospitable conditions, human presence aboard the ISS has been uninterrupted for nearly 20 years, even though the average stay per crewmember sits around six months. The ISS also has the luxury of a 90 minute day/night cycle, 100% unfiltered sunlight for peak solar panel efficiency, regular resupply missions from Earth, and an escape route in the event of a catastrophic failure. That escape method (Soyuz capsules docked to the station) has not once been used, aside from a handful of instances where crew boarded their escape vehicles as a cautionary measure during unusually risky space debris events, an absolute non-issue on Mars’ surface.

Put simply: if humans can live in orbit for long periods, they can also survive on Mars with at least the same level of difficulty.

Getting there is the hardest part

By taking natural resources available on Mars (namely water and carbon dioxide) and using them to repopulate the planet’s withered atmosphere, it has long been hoped that the Martian surface might be brought much closer to that of Earth, with a thicker atmosphere translating into familiar air pressure and a far warmer climate. In its current state, humans would always need to wear pressure suits and carry oxygen when traveling beyond their Martian habitats, as Mars’ 0.06 bar atmosphere would be approximately as forgiving as the naked vacuum of space and only moderately warmer.

Happy 6th birthday @MarsCuriosity
'Who's a good rover? You're a good rover…yes, you are! Now, SHOOT LASER!' pic.twitter.com/eqehcKhOzn

Terraforming could potentially alleviate those significant points against the Red Planet, although updated research published this year (2018) appears to indicate otherwise. In reality, Jakosky and Edwards’ study simply emphasizes and adds on to what should already have been wildly apparent – making desolate planets Earthlike is almost invariably going to be an unfathomably difficult (but by no means impossible) challenge, and is most likely beyond the reach of present-day humanity. 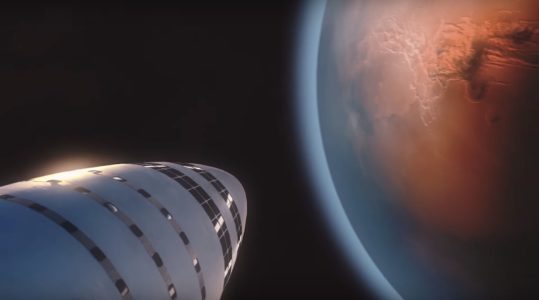 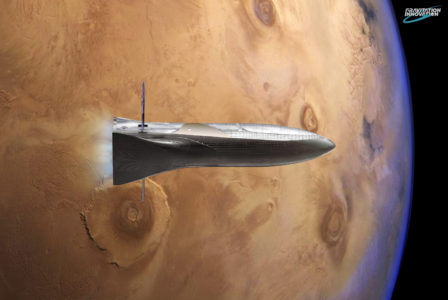 It also happens to be the case that terraforming as a concept is utterly irrelevant without the means to get to and – more importantly – transport respectable amounts of cargo to the bodies one hopes to one day transform. SpaceX’s BFR transportation system is one such acknowledgment of that problem – the issue with Mars colonization or really any basic human presence at all is not surviving after arrival, but instead actually getting there in the first place and doing so without taking decades or bankrupting entire nations.

Extremely affordable transport to, from, and between orbits happen to be the most unequivocal requirement for both a permanent human presence on other planets and have any hope at all of terraforming them, but it just so happens that the latter is 100% irrelevant and impossible without the former. Let’s seriously worry and argue about terraforming Mars once we can do so from the surface of the Red Planet and focus first on getting there.