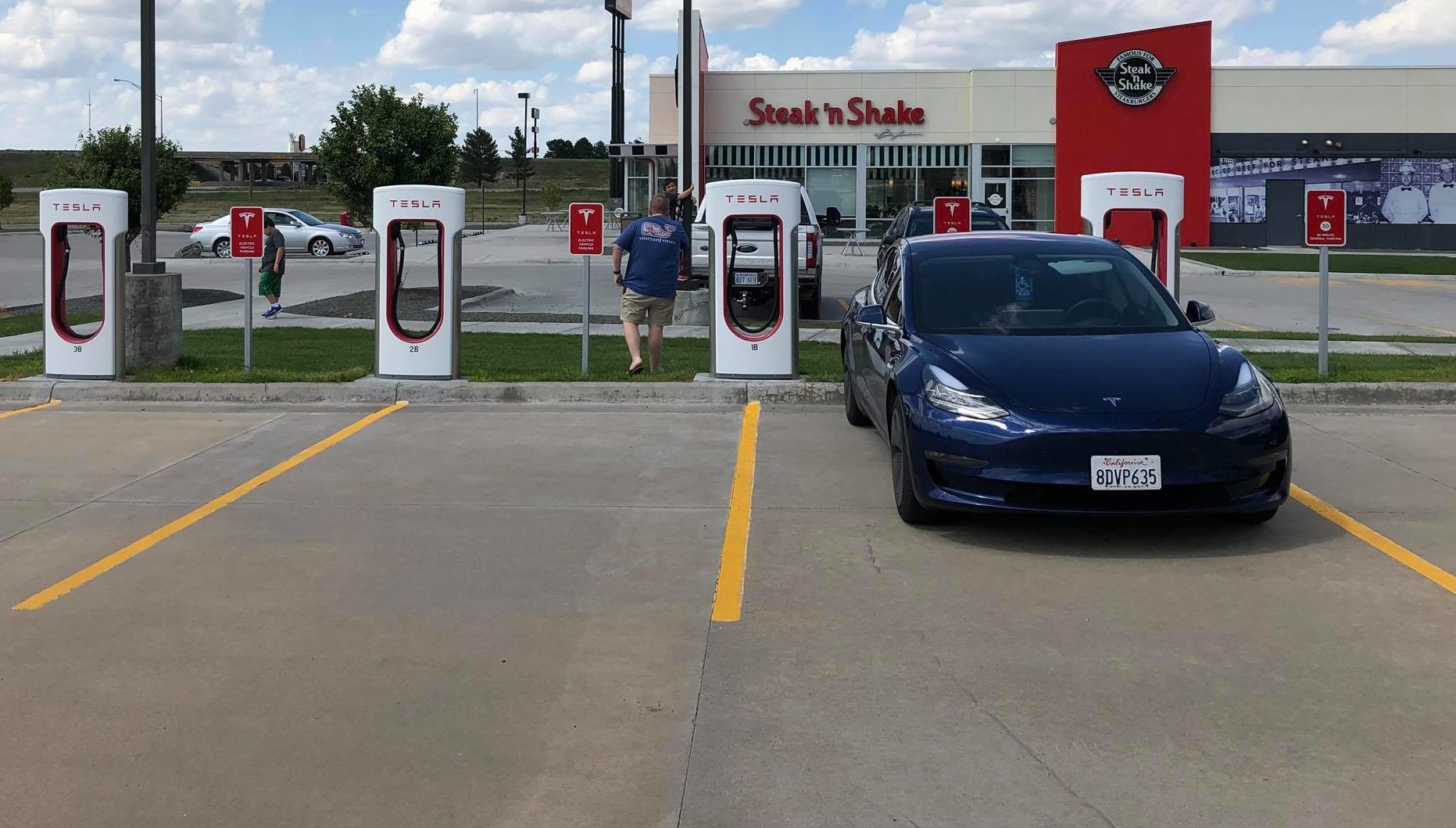 Futurist Robert Scoble’s 8,910-mile road trip across 22 states and 15 major US cities with his three sons gave him an intimate look into the capabilities of his Model 3’s Autopilot system. Scoble’s early build Model 3 with VIN 7409 managed to navigate the majority of the road trip with the driver-assist system engaged — a feat that thoroughly impressed the tech veteran. Scoble gave Teslarati a few minutes of his time to discuss some of his insights during the journey, where he elaborated on some of his observations about the system’s limits, its impressive potential, and how Tesla’s hardware can ultimately usher in the company’s self-driving future.

Scoble candidly stated that around 97% of the 8,910-mile road trip was done on Autopilot. The Model 3 owner remarked that Autopilot had some difficulty working on some dirt roads in Yellowstone national park, as well as in areas where other drivers did not follow speed limits. Nevertheless, Scoble is overall impressed with his Model 3’s Enhanced Autopilot feature, particularly since it was able to work in areas where he himself would have difficulty driving. When he and his children were passing through Kansas, for example, Autopilot had no problems staying in the right lane — despite the road markings being nigh-invisible. The same thing was true in instances when the sun was too bright.

This is not to say that Tesla’s Autopilot is perfect in its current form, of course. Scoble noticed that the sensitivity of his Model 3’s sensors’ to markings on the road is a double-edged sword, at least in its current state. It can see markings in areas where the paint is nearly undetectable to the eye, but it is also so sensitive that it can be misled into thinking that some areas in roads are lanes when they are not. Scoble also noted that there is a particular type of underpass whose shadow gets registered as a truck by Autopilot and caused his Model 3 to brake hard, a situation that can become dangerous if there’s a vehicle tailgating.

The Model 3 only prompted Scoble to take over in very specific instances, particularly when the vehicle is going on a hairpin turn at around 30 mph. Scoble remarked that his Model 3 would start navigating through the hairpin curve with initial confidence, but about a third of the way in, Autopilot would veer off course, and the vehicle would prompt him to take control. The Model 3 owner further noted that sometimes, the car gets too close to the center lane in mountain passes, which is a bit too close for incoming traffic.

Midway through the trip, Scoble’s Model 3 received an over-the-air update, and from then on, Autopilot showed a massive improvement. Scoble candidly stated that the system “still failed, but it failed more gracefully.”

As a tech evangelist, asking people’s perception about the bleeding edge of technology is second nature for Robert Scoble. As he crossed state lines and visited cities, he began asking around for opinions about the emergence of self-driving vehicles. Scoble noted that when he asked people if they would be open to riding in a car entirely driven by a machine, a vast majority firmly said no. When presented with Elon Musk’s vision of having cars summoned to owners even across long distances, the reaction was very different.

“The real thing I learned from this trip is that people show so little trust to self-driving. But if I ask ‘If your car self-drove to you, but you take over when it arrives?’ everyone said yes. People are okay with self-driving cars on the road. They just don’t want to be in the vehicles themselves. People still want control,” he said.

As he ended his 8,910-mile road trip, Scoble remains optimistic about Tesla’s Autopilot system, especially with the upcoming rollout of Tesla’s in-house developed Hardware 3. Elon Musk described Hardware 3 as a significant step forward for Autopilot, dubbing the hardware as the “world’s most advanced computer designed specifically for autonomous operation.”

“It’s an incredible job by Pete (Bannon) and his team to create this, the world’s most advanced computer designed specifically for autonomous operation. And as a rough sort of whereas the current NVIDIA’s hardware can do 200 frames a second, this is able to do over 2,000 frames a second and with full redundancy and fail-over. And it costs the same as our current hardware and we anticipate that this would have to be replaced, this replacement, which is why we made it easy to switch out the computer, and that’s all that needs to be done. If we take out one computer and plug in the next. That’s it.”

This is something that excites Robert Scoble. Over the course of his road trip, he noticed that his Model 3’s hardware seemed to be pushing its limits when he sets the vehicle’s speed past 90 mph, and it is only by lowering the electric car’s speed to 80 mph does the ride become smoother. Scoble expects Hardware 3 to be advanced enough to travel at Autobahn speeds in Autopilot. This, according to the futurist, gives Tesla a serious advantage in the autonomous driving industry — and for a very simple reason.

“Tesla’s the only car company that is based on data,” he said.