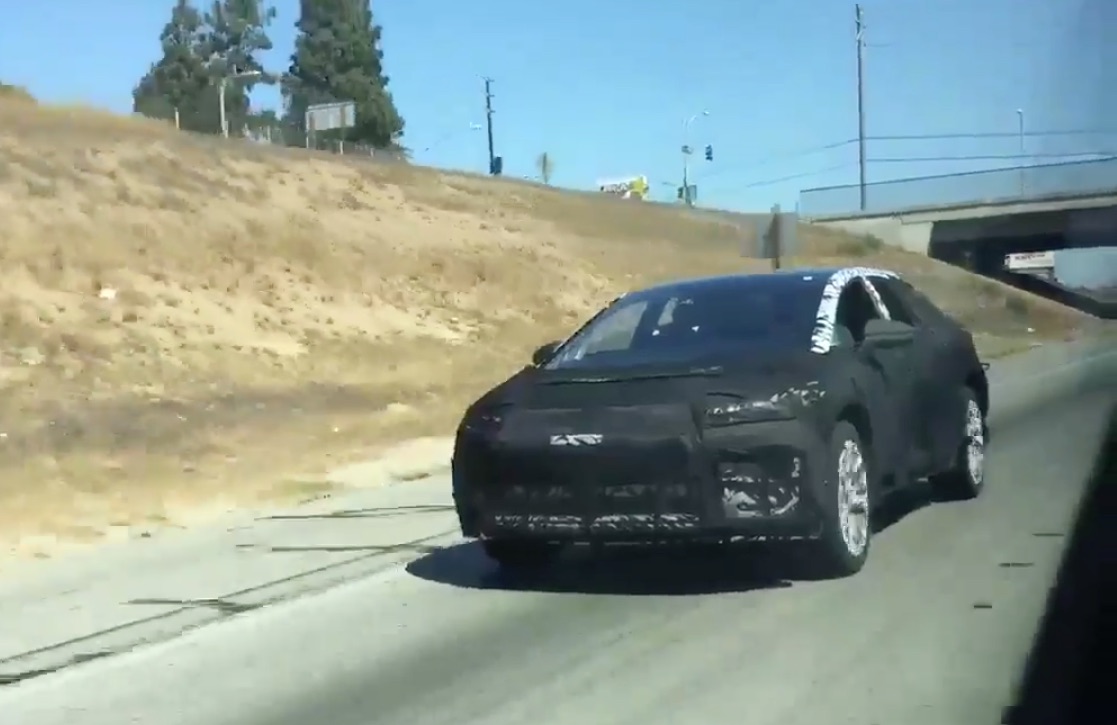 Leading into the video with the rhetorical question, “who said don’t reinvent the wheel?”, a flurry of quick 1-second cut scenes, showing a wheel in motion and the side of Faraday’s production vehicle, lets the viewer know that a vehicle is coming.

Concealed in black tarp, it’s difficult to make out the overall contours of the vehicle, but it would appear to be the same one spotted testing on the freeways of Los Angeles back in August.

The Los Angeles-based company generated a lot of attention last year when it unveiled its futuristic FFZero1 Concept Car at CES 2016. Since the reveal, the company has been making headlines after announcing that it had contracted with a leading engineering firm on the build out of its $1B factory in Nevada.

However, just weeks later, news that the company was overdue on payments to the firm, and possibly under risk of financial troubles after the Chinese billionaire that backed Faraday Future revealed capital issues, had skeptics questioning whether the vehicle would ever come to fruition.

Whatever maybe the case, we hope to see more teaser videos from Faraday Future as we near the official CES 2017 unveiling coming up in January.