No, Tesla wasn’t “cheated” in the Model 3 headlight safety test by the IIHS

With the Insurance Institute for Highway Safety’s release of initial crash test information for the Tesla Model 3 came cries from many in the electric vehicle community that Tesla was “being cheated.” This isn’t entirely true as the new IIHS test removes a lot of cars out of the Top Safety Pick+ rating, the highest accolade the independent safety tester will give a car.

The Insurance Institute for Highway Safety (IIHS) is an independent testing organization funded by insurance companies and some of the banks who back them. The IIHS purchases every car it tests–usually several of each–and tests these vehicles in their highest-available safety configuration. These crash tests usually destroy the vehicles in question, of course, but give an independent, third-party result not otherwise available.

When the IIHS’ initial safety results for the Tesla Model 3 were released, they included ratings for only two of the seven total ratings given to a vehicle. Those ratings, posted to the IIHS.org website, created a lot of response from the community regarding the failure of the Model 3’s headlamps to pass muster.

The tests so far include only the non-invasive, non-destructive tests normally conducted by the IIHS. Namely to crash mitigation systems and headlamps. It’s likely that the next test to see release on the Model 3 will be for LATCH child safety system use, another non-destructive test. From there, crash testing will begin. For that, IIHS needs to receive more Model 3 vehicles (5 in all), the rest of which are on order and expected later this year. Like any other Model 3 buyer, delays in manufacturing have put the IIHS’ ownership of the cars for evaluation on hold.

How the IIHS Conducts Headlight Tests, and Why

The IIHS conducts headlamps tests because, according to the organization, about half of all fatal crashes in the U.S. occur in the dark and many of those are on unlit roads where headlamps are the only thing illuminating whatever’s in front of the car. Although headlights are mandatory and minimum illumination requirements are required by law for all street-legal vehicles, there is a wide variance in how much (and how useful) that illumination can be. Especially with the advent of new lighting technologies.

“Headlight technology has been developing rapidly in recent years. LED and high-intensity discharge (HID) lamps have begun to replace the traditional halogen ones,” IIHS explains on its website. “Many automakers offer curve-adaptive headlights, which respond to steering and swivel according to the direction of travel. Many also offer high-beam assist, a feature that can increase the use of high beams..” These and other variables mean that headlights of the same type on one vehicle can be much worse than they can on another. Even little things like how the lights are focused, what type of light they emit, etc. can change effectiveness. 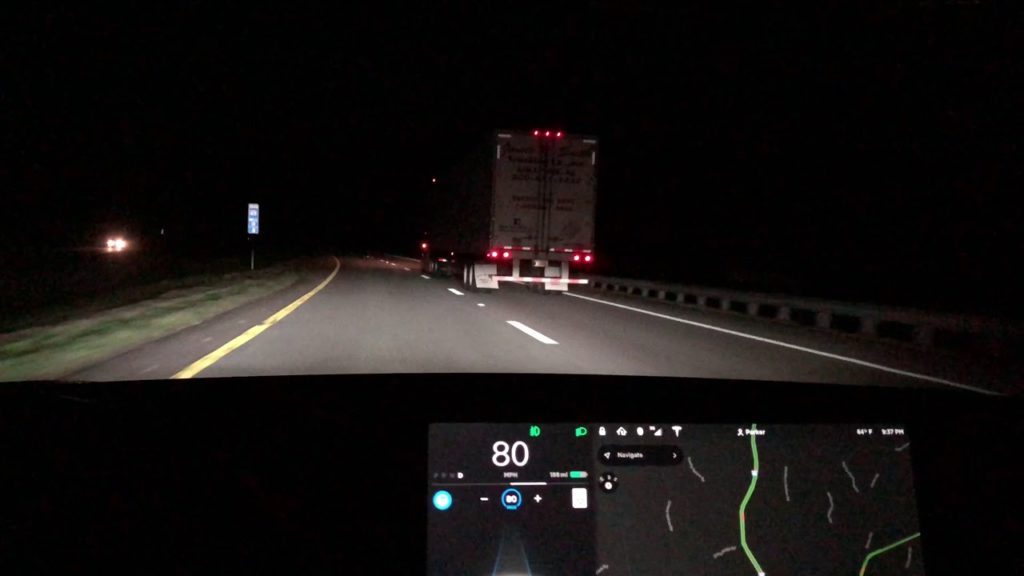 For those reasons, the IIHS instituted a headlight testing methodology in 2016. Starting this year (2018), these test results directly affect a vehicle’s eligibility for Top Safety Pick+ status. So far in 2018, only a handful of models have received TSP+ ratings. Somewhat surprising for luxury and high-end car buyers is the fact that almost all of those TSP+ vehicles are lower-end vehicles from makes like Hyundai and Subaru.

Testing for headlamps is conducted using a multi-part evaluation using a hypothetical, clear, two-lane road. The tests include measurements in a straightaway, measuring both the length and amount of illumination as well as the amount of glare the lights create for oncoming drivers. Then a gradual left- and right-hand turn and a steeper left- and right-hand curve are measured for a total of five directions in all.

Results are taken from varied distances at 10 inches high and 3-feet, 7-inches high (from the ground) to mimic where the driver is looking (out and down) and where oncoming vehicle drivers are seeing from (higher up). Ratings are then assigned according to how these measurements line up with a hypothetical ideal headlight system. Both low and high beams are tested the same way with the low beams being weighted for scoring as they are used most often in the real world. Vehicles with automatic high beam systems are given more points as the high beams will be used more often.

The inherent weakness in this IIHS test is similar to that of most of its advanced testing: it’s only tested on the ideal vehicle trim level and options. In other words, the testing is most likely happening on the most expensive model being sold, not necessarily on the most mainstream version of the vehicle. This becomes obvious when the bulk of the Top Safety Pick+ list is comprised of vehicles like the 2018 Subaru WRX.

The WRX is a great car, sure; a personal favorite in fact. But its winning of a TSP+ badge is a little misleading. The volume-selling model WRX is the mid-tier Premium trim, which doesn’t include the LED headlights or the automatic high beam control tested by the IIHS. To get those, one has to go up to the more expensive Limited trim point and add the EyeSight system. That latter point can only come if the buyer of this driver’s car is willing to drop their manual transmission for a CVT. That’s another sticking point as the WRX has a large percentage of buyers who want to shift the gears themselves.

What all of this means is that the 2018 WRX is a great car, but it’s not likely to be purchased in the configuration which the IIHS used to test its headlamps with. Other cars on the TSP+ list are much the same.

The interesting note here is that unlike actual crash tests, the slightly more subjective headlamp tests of the IIHS fall into the non-destructive tests for other safety equipment that, while respected, are also flawed for the same reason: only top-end models tend to have all of that equipment on them. Unlike those other safety items, however, the headlamp tests can hurt higher-end models while lower-end options would ace them. Why? Because LED headlamps, which consistently appear to fail most of the glare testing that the IIHS does, are generally only found on top-end models or luxury vehicles. There could be a lot of reasons for that, but my personal theory is that it has to do with automakers having to find a median between maximum safe illumination and glare due to how reflective LED lamps are designed.

The current IIHS Top Safety Pick+ list includes no midsize luxury cars (which the Model 3 is considered), though the overall midsize car category has five entries. All of them with caveats as to what must be included (usually top trim point items or options). Last year, under the old rules, most midsize and midsize luxury cars made the TSP+ list and Tesla’s Model S failed to make the list in part, again, for headlights.

It’s difficult to say what will happen with the Insurance Institute’s testing going forward. Likely manufacturers will come up with solutions to receive better scores on the headlamps test, perhaps by changing LED lighting designs or gaming the IIHS tests (as they have in the past with the small front overlap).

Tesla has some smart engineers and could probably figure out a way to remedy the lighting problem that’s kept their vehicles from rating high on IIHS tests in recent years. With a mainstream attempt like the Model 3, that could become a very important goal as buyers in the midsize sedan category tend to be safety conscious consumers.

No, Tesla wasn’t “cheated” in the Model 3 headlight safety test by the IIHS