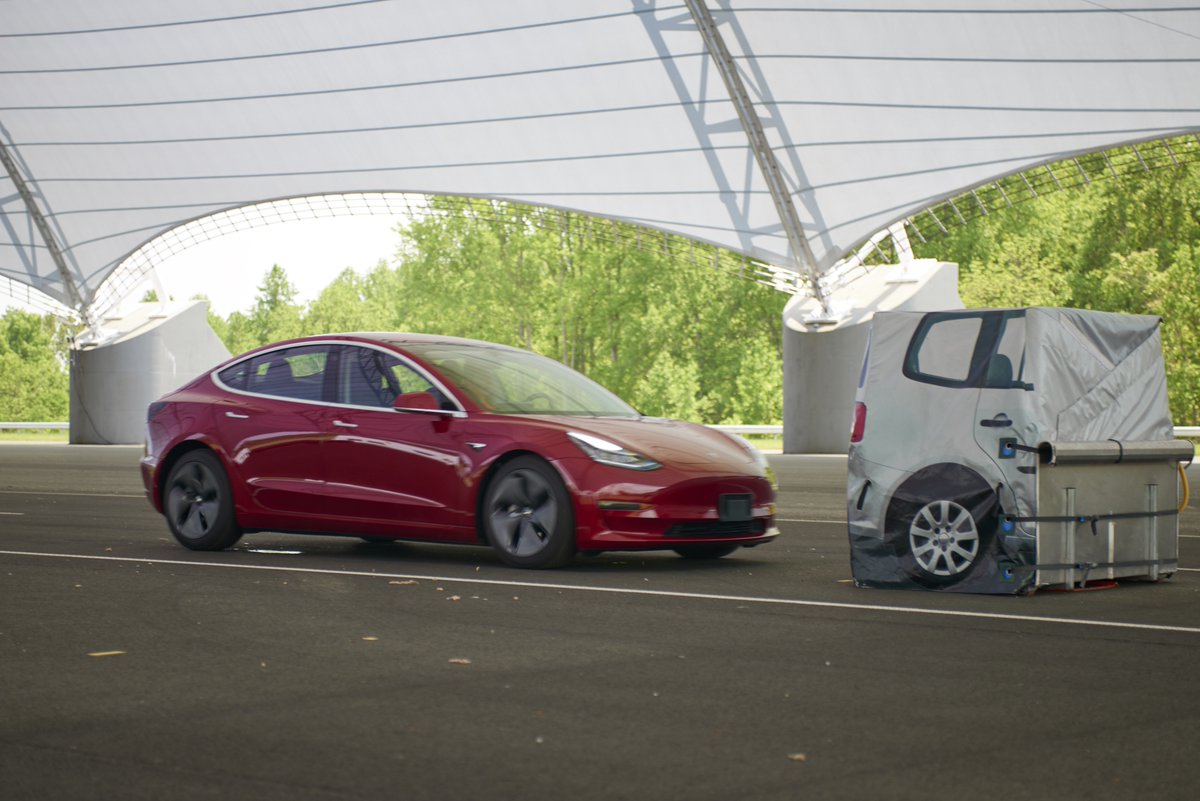 The Tesla Model 3 has attained a “Superior” front crash avoidance rating from the Insurance Institute for Highway Safety, a nonprofit organization funded by auto insurers dedicated to reducing the number of accidents and injuries on the road. The Model 3’s headlights were also given an “Acceptable” rating, due to some glare from the vehicle’s low beams.

The IIHS’s front crash avoidance ratings for the Model 3 are only part of the vehicle’s safety results. The IIHS conducts its full evaluation on several vehicle samples, some of which would be destroyed due to crash tests.

The Model 3 has managed to earn a “Superior” score for front crash prevention in the crash avoidance and mitigation category. The IIHS evaluates the automatic braking functions of vehicles in two tests — one at 12 mph and the other at 25 mph — on its Vehicle Research Center. As noted on the nonprofit’s website, the IIHS awards points based on how emergency systems can slow a vehicle down before coming into contact with an object — in this case, an inflatable car dummy.

The Tesla Model 3 was granted a perfect score, earning points for its Forward Collision Warning, its low-speed autobrake, and its high-speed autobrake systems. During its 12 mph collision avoidance test, the Model 3 was able to reduce its speed by more than 10 mph, and in in the 25 mph test, the compact electric car was able to exhibit a speed reduction of over 22 mph.

While the Model 3 earned a perfect rating for front collision avoidance, the electric car’s headlights were only dubbed as “Acceptable” by the IIHS. Headlights are evaluated based on the lamps’ reach as the vehicle travels on straight and curved lines. Low beams are measured on five approaches — straightaways, left and right curves on an 800-foot radius, and sharp left and right curves on a 500-foot radius.

As noted by the IIHS, low beams are weighted more heavily than high beams because they are used more often during driving. During the tests, the Model 3’s low beams exhibited a 15.2% glare during straightaways, preventing the vehicle from earning a “Good” score from the IIHS.

Overall, the vehicle’s scores in the forward collision avoidance tests are encouraging, and the less-than-perfect headlights score is understandable. The IIHS, after all, is the organization that dubbed the Model S’ headlights as “Poor.” The 2018 Chevy Bolt EV, a car with bright headlights, was also given a “Poor” headlights rating.

Tesla’s electric cars are among the safest vehicles on the road. Thanks to their construction from a hybrid of aluminum and ultra-high strength steel and the vehicle’s all-electric design, Teslas have generous crush zones that protect drivers and passengers in the event of a collision. Back in February, this was showcased when a Model 3 crashed while traveling at 60 mph. During the incident, the compact electric car was completely totaled, but its driver was able to walk away with only a swollen ankle.

The Model S and Model X are equally safe as well. The electric SUV, for one, has a perfect 5-star safety rating in every category of the NHTSA. The Model S also performed so well during crash testing back in 2013; it quite literally broke the NHTSA’s crash-testing gear.