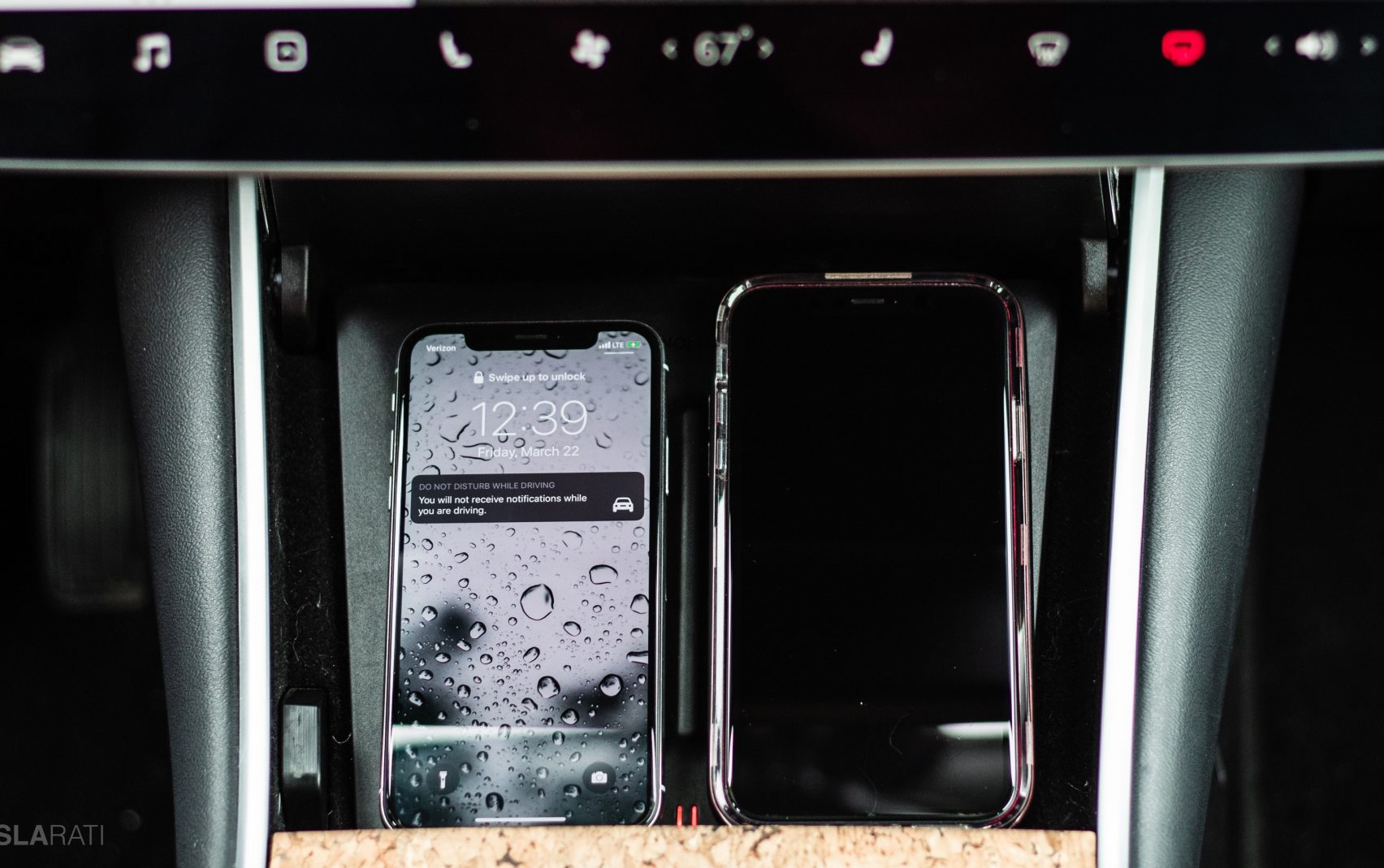 A big thanks to Nomad for providing me with this Model 3 wireless phone charger. This isn’t a mandatory glowing review – you can find those on YouTube. Rather, this was an opportunity for me, a product person, to inspect the design of a product that I needed/wanted and photograph it. I like photos. A lot.

The Tesla Model 3 is full of forward-thinking technology and amazing performance stats, but if I’m being honest, its built-in elements for phone charging have some room for improvement.

In a car that requires neither gas nor keys to operate, wireless phone charging seems like a natural fit, but it isn’t a factory option (yet anyhow). Thankfully, a company called Nomad has recognized the void in charger options and now offers a product specifically designed for the Model 3.

I got a hold of one and had a look for myself.

The Nomad Wireless Phone Charger for the Tesla Model 3 is basically what it sounds like – a pad for charging your compatible iPhone or Android device (7.5 W charge output or Qi-enabled) simply by setting it down in your car’s center console. An LED indicator confirms the process is working: amber while charging, and white when fully charged. Since Nomad’s charger supports two phones, your passenger can enjoy the same wire-free perks that you do. My passenger definitely appreciated it when I was trying the device out.

Even though I was looking for an improvement to my Model 3’s factory phone charging options, I’m still a huge fan of the Tesla aesthetic and wince at the idea of interfering with the look and feel of my car. That said, I was really pleased with how Nomad’s charger matched my Model 3’s design. It’s actually one of the core reasons I chose their charger over the many other wireless chargers that I saw were available on Amazon.

Since there’s obviously a lot of motion involved while driving, Nomad’s pad has a matte black, soft rubber coating to keep your phone from sliding around. For small phones, spacers are included for extra stability which is a pretty cool compatibility consideration in my opinion. The specs of the charger say that some larger phones won’t fit into the charging space with their cases on, but my iPhone fits perfectly.

I did look at other wireless pads on the market that utilize a horizontal charging position, but personally didn’t like that look, and found Nomad’s upright mount to simulate more of the Tesla look and feel that’s similar to the Model S and Model X. Also, this is a minor detail to some, but it’s worth noting that I finally reached out to Nomad for a charger after seeing online reviews indicating that their charging was faster than the competition.

In terms of installation? Easy peasy. Open the top center console; remove the non-slip pad and USB cables inside Nomad’s Apple-like packaging; feed Nomad’s wires through the cable hole and plug into the Model 3’s USB ports. Not much to write about beyond that. 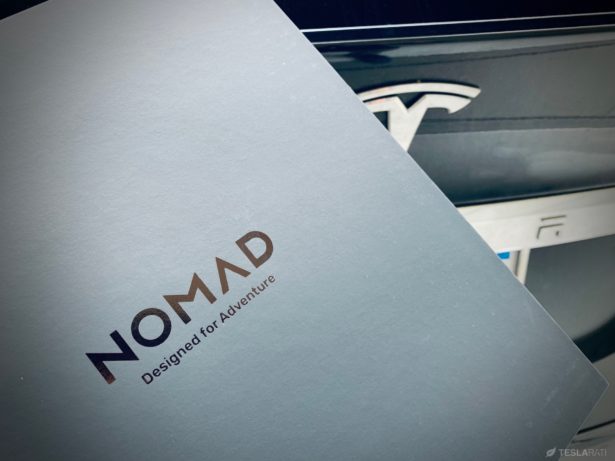 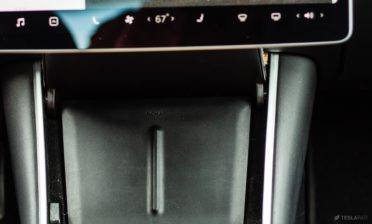 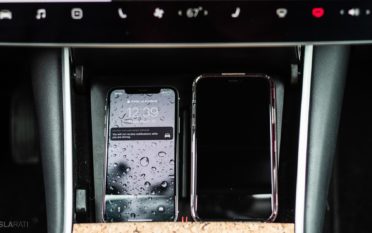 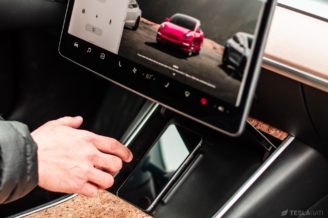 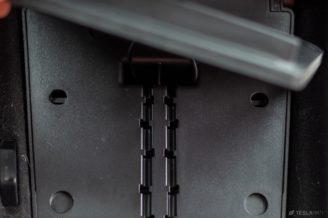 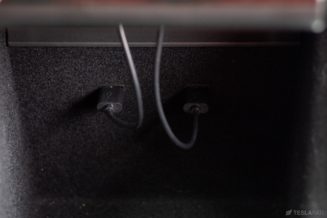 While the standard setup of the Nomad charger worked great for my needs now, I also liked that there’s flexibility with the product in case my needs change in the future. For example, two USB splitters are included in the box if I have an audio device that requires a USB port or I want to record video from my dashcam.

Overall, I’m pretty satisfied with Nomad’s wireless phone charger in my Tesla Model 3. If you’re in the market for a factory-looking wireless charger, that charges quickly and has a solid, premium build, I recommend giving this phone charger a go. Full specs and pricing details can be found on Nomad’s website.

Thanks for listening and happy charging!