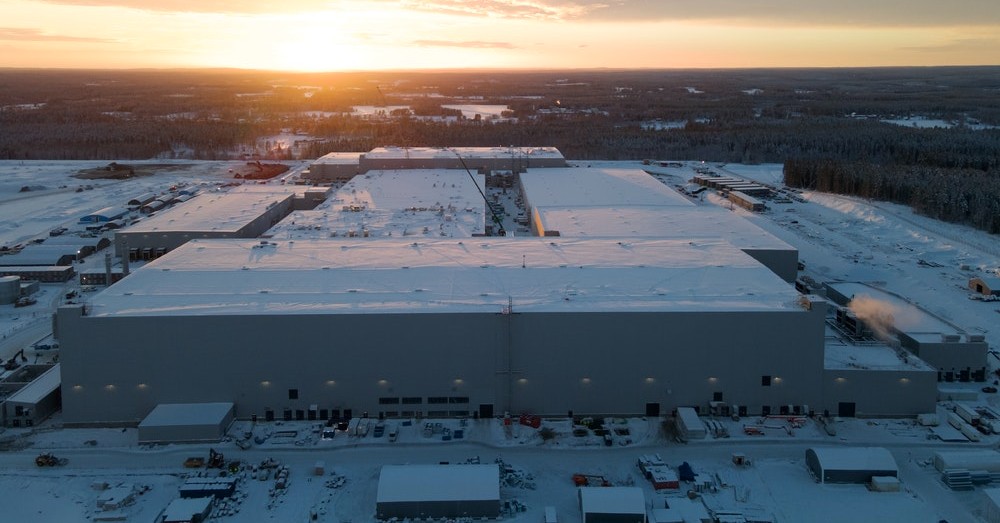 Swedish battery manufacturer Northvolt announced that on December 28th, it successfully produced the first lithium-ion battery cell to be designed, developed, and built completely in Europe by a homegrown company.

“Last night, the commissioning of the Northvolt Ett gigafactory in northern Sweden led to the assembly of the first battery cell,” Northvolt wrote. The company’s production factory, located in Skellefteå, Sweden, is the first factory in Europe to have a cell that has been “fully designed, developed and assembled at a gigafactory by a homegrown European battery company,” the company added.

The production of the cell is a massive milestone for Northvolt, which has been working to get its gigafactory up and running since 2017. The company said the cell is of a prismatic cell format, which consist of large sheets of anodes, cathodes, and separators sandwiched, rolled up, and pressed to fit into a metallic or hard-plastic housing in cubic form, according to AllAboutCircuits.

“Today is a great milestone for Northvolt which the team has worked very hard to achieve,” Peter Carlsson, CEO and Co-Founder of Nortvolt, said. “Of course, this first cell is only the beginning. Over the course of the coming years, we look forward to Northvolt Ett expanding its production capacity greatly to enable the European transition to clean energy.”

Northvolt Labs in Västerås has been in production since early 2020, the company said. The company uses this facility as a research plant, while the Skellefteå location handles battery production. Northvolt plans to expand the production capacity of the facility toward 60 GWh per year, which will fulfill over $30 billion worth of contracts the battery maker has already locked up with various automotive manufacturers, including BMW, Volkswagen, Volvo, Polestar, Fluence, and Scania. Northvolt Ett will commercially deliver various cell types in 2022.

While the company is based in Europe and has various partnerships with European automotive and energy storage companies, it has no plans to only service entities that are only located on the same continent. Earlier this year, Northvolt told the Financial Times that it planned to venture into Asia and North America, where massive companies like China’s CATL, South Korea’s LG, SK Group, and Samsung, and Japan’s Panasonic are already establishing a presence. Companies in Asia have the same plans, as LG and CATL have plans to open battery manufacturing plants in Poland and Germany. SK Group will expand on its already-operational Hungarian factory.

Northvollt already employs over 500 people, representing 56 nationalities at its Skellefteå location, where the first battery was built.