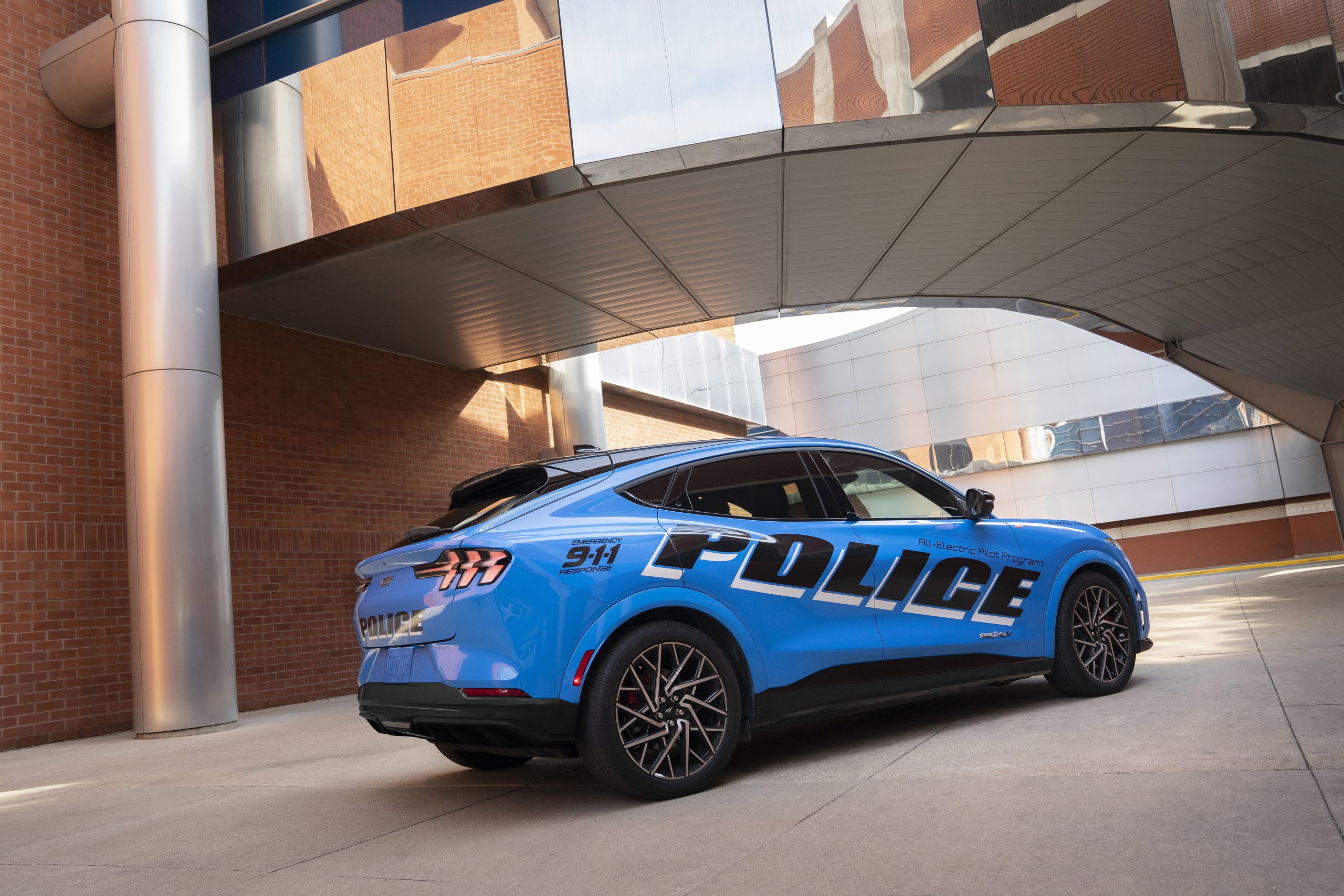 To demonstrate that a vehicle with an electric powertrain can deliver strong performance and stand up to demanding police duty cycles, the company is submitting an all-electric police pilot vehicle based on the 2021 Mustang Mach-E SUV for testing as part of the Michigan State Police 2022 Model Year Police Evaluation on Sept. 18 and 20. Graphics on vehicle not available for sale. (Credit: Ford)

Update: The New York City Department of Citywide Administrative Services also confirmed to Teslarati that it will purchase 250 Model 3 units for the New York City fleet. The contract for the Mustang Mach-E has been finalized. The contract for Model 3 sedans is undergoing the approval process, but has not yet been finalized. This is why the Model 3s were not included in the press release.

The New York City DCAS only confirmed the purchase of the Mach-E vehicles in its press release. The Model 3 purchase order was confirmed to Teslarati by the NYC DCAS. It was initially reported by DriveTeslaCanada.

The 184 Mustang Mach-E vehicles will replace current gas-powered cars that are still used in the City’s fleet. The City expects to take delivery of all 184 units by June 30, 2022, it said.

“Smart investments in fleet electrification will help New York City break its dependence on fossil fuels, “Dawn M Pinnick, Acting Commissioner of the NYC DCAS, said. “We are working successfully toward achieving the ambitious goal of an all-electric City vehicle fleet by 2035 by taking steps to fight the climate crisis every day.”

The NYPD utilizes over 6,200 light-duty vehicles for law enforcement, which is the largest group of vehicles in the City fleet, which consists of almost 30,000 cars. It will be the largest order of all-electric plug-in vehicles in law enforcement history and will pave the way for New York City to fully electrify its fleet by 2035.

“Law enforcement vehicles are the largest and most visible part of our City’s fleet,” Keith Kerman, Deputy Commissioner for DCAS and NYC Chief Fleet Officer, said. “This order of all-electric Mach-Es will enable our law enforcement agencies to put electric models to the full test and work out maintenance, lights and sirens, charging, and other operational issues. It is a critical step towards our goal of a fully electric fleet.”

The NYC DCAS signed the contract and registered it on December 22nd. The process for finding and commissioning these vehicles was not easy, as the DCAS sought information in June 2017 for the first time regarding the City’s process of bidding for vehicles, equipment, and fuel. The City will spend $11.5 million on initial orders, and its contract with a Minority and/or women-owned business enterprise vendor will remain intact for five years.

The NYC DCAS did not immediately respond to our request for comment.