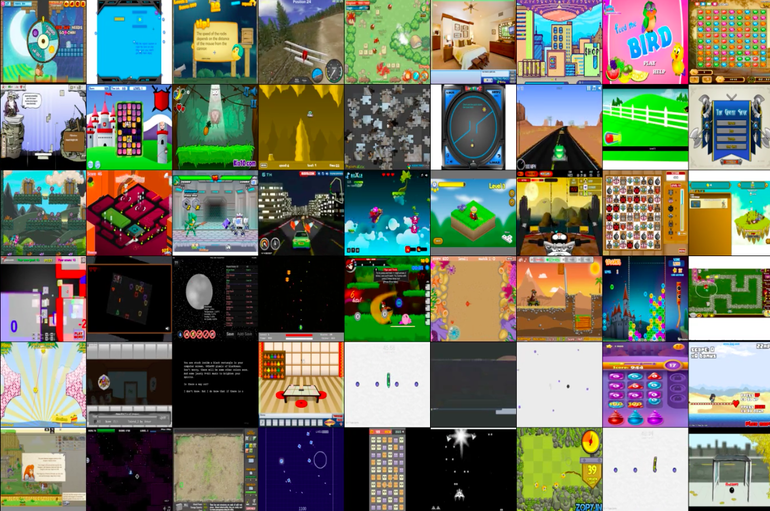 Elon Musk’s OpenAI will introduce Universe, a virtual training ground aimed at teaching AI to play video games, use apps and even interact with websites. OpenAI, the artificial intelligence research company backed by the Tesla founder and billionaire entrepreneur, defines Universe in a blog post as “a software platform for measuring and training an AI’s general intelligence across the world’s supply of games, websites and other applications.”

Put simply, Universe will provide a gym that allows AI agents to go beyond their specialized knowledge of an individual environment to something approaching common sense. “Any task a human can complete with a computer.” Using a VNC (Virtual Network Computing) remote desktop, it allows the AI to control the game or app using a virtual keyboard and mouse, and to see its output by analyzing the pixels displayed on the screen. It’s essentially an interface to the company’s Gym toolkit for developing reinforcement algorithms, a type of machine learning system.

“Our goal is to develop a single AI agent that can flexibly apply its past experience on Universe environments to quickly master unfamiliar, difficult environments, which would be a major step towards general intelligence,” OpenAI says. As an example, it points to success of Google’s DeepMind AlphaGo initiative, which defeated the world champion human Go player earlier this year. While that success was impressive, when faced with a different challenge, the agent would have to go back to square one and learn the new environment through millions of trial and error steps.

OpenAI hopes to expand the Reward Learning (RL) lessons learned in one environment so that an AI agent can build upon past experience to succeed in unfamiliar environments.

OpenAI says in its blog post, “Systems with general problem solving ability — something akin to human common sense, allowing an agent to rapidly solve a new hard task — remain out of reach. One apparent challenge is that our agents don’t carry their experience along with them to new tasks. In a standard training regime, we initialize agents from scratch and let them twitch randomly through tens of millions of trials as they learn to repeat actions that happen to lead to rewarding outcomes. If we are to make progress towards generally intelligent agents, we must allow them to experience a wide repertoire of tasks so they can develop world knowledge and problem solving strategies that can be efficiently reused in a new task.”

Prior to Universe, the largest RL resource consisted of 55 Atari games — the Atari Learning Environment, says The Register. But Universe will begin with the largest library of games and resources ever assembled. “Out of the box, Universe comprises thousands of games (e.g. Flash games, slither.io, Starcraft), browser-based tasks (e.g. form filling), and applications (e.g. fold.it),” the OpenAI blog claims. Gaming companies that are cooperating with OpenAI include Flash, Microsoft – OpenAI announced a strategic partnership with the Redmond-based software giant – EA, Valve, Nvidia, Zachtronics, Wolfram, and others.

Universe is about more than gaming.  It’s main focus is on training AI agents to complete common online tasks with speed and accuracy. “Today, our agents are mostly learning to interact with common user interface elements like buttons, lists and sliders, but in the future they could complete complex tasks, such as looking up things they don’t know on the internet, managing your email or calendar, completing Khan Academy lessons, or working on Amazon Mechanical Turk and CrowdFlower tasks.”

The OpenAI blog post introducing Universe gives a long and detailed accounting of how Universe was created and what it hopes to accomplish. At the end, it provides a number of ways that companies and individuals can contribute to the process. It’s fascinating reading for anyone interested in what the future of computing is likely to be.

There is also a darker side to artificial intelligence, which Elon Musk refers to as “summoning the Devil.” As The Register suggests, “While making software smarter may appeal to researchers, society as a whole appears to be increasingly unnerved by the prospect. Beyond the speculative fears about malevolent AI and more realistic concerns about the automation of military weaponry, companies and individuals already have trouble dealing with automated forms of interaction.”

One area of concern is that AI agents may one day be able to reactivate themselves after being shut down by human controllers. What was once the stuff of science fiction such as Minority Report and I, Robot could one day become all too real.

OpenAI Universe has been open-sourced on Github for those that may be interested in testing their own video game bot. We’ve included a video below showing OpenAI in action.