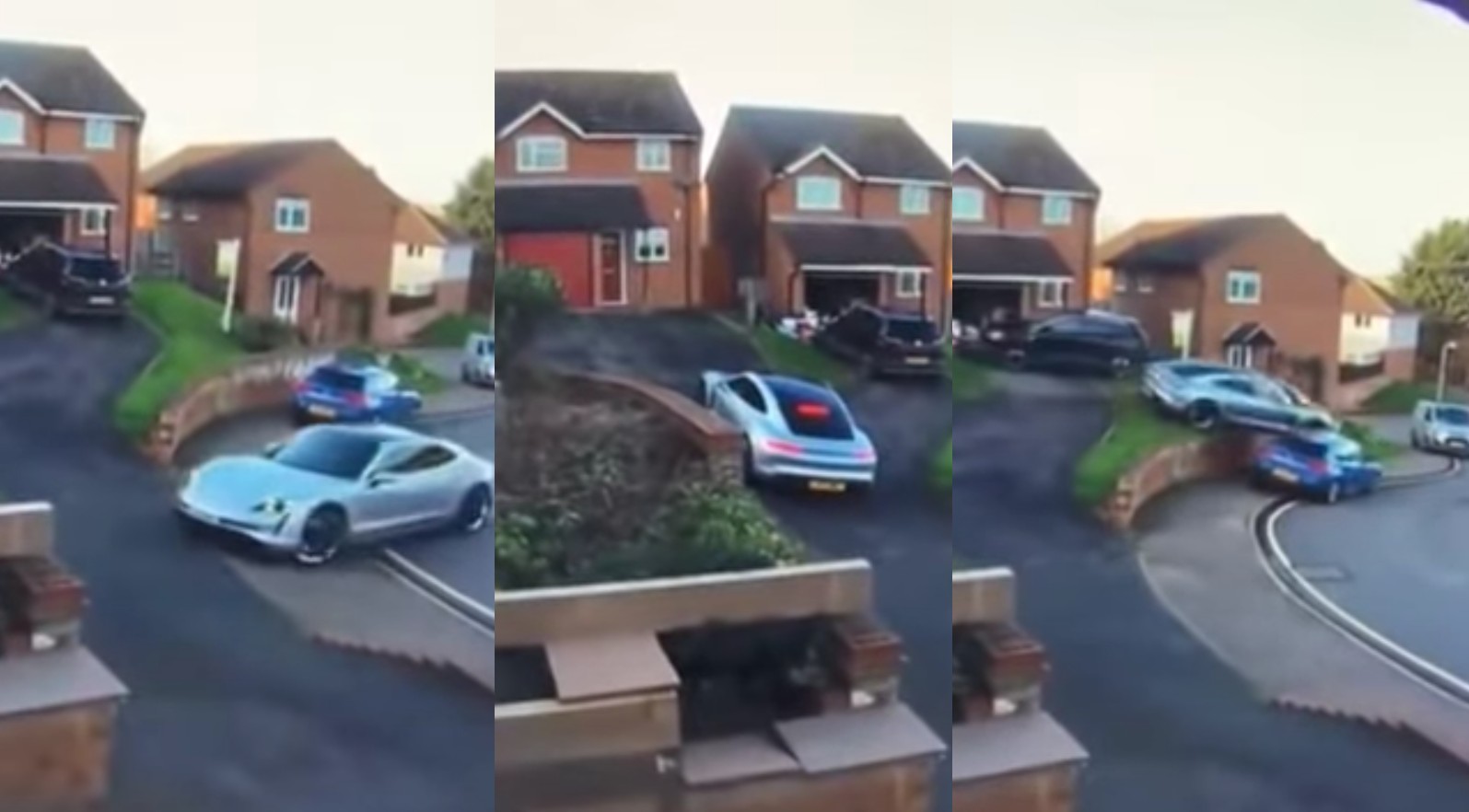 A video of what could very well be the saddest parking fail ever involving a Porsche Taycan has been shared online. Posted on YouTube and on TaycanForum.com, the short clip depicted what could happen if a driver ends up stepping on the wrong pedal while attempting a standard parking maneuver at an incline.

The video, which was shared on YouTube by user Rahulio Geordio, showed what appeared to be a silver Porsche Taycan heading towards a house with a steep driveway. Midway through the incline, the Taycan’s driver stopped, seemingly as a way to carefully maneuver the vehicle to its designated parking spot.

Disaster followed. In but a few seconds, the Porsche Taycan accelerated forward at great speed, hitting a parked SUV from a neighboring house and practically flying off the road. The Taycan proceeded to crash into a hatchback parked on the street, before coming to a rest back on the road.

The strange event, which was captured in its entirety on video, has caught the attention of the electric car community. As noted by EV owners on platforms such as Twitter, the accident was most likely the result of human error, particularly as the driver had his foot on the brake right before the Taycan accelerated. Fortunately, the Taycan did not hit any person, nor did it crash into any of the houses around it.

Providing his insights on the accident, TaycanForum.com member Tazer, who drives a Taycan 4S, noted that the vehicle’s accelerator and brake pedal are pretty close together. Other members of the forum noted that this is likely a means to make it easier for drivers to perform heel-toe maneuvers. Thus, the Taycan’s driver may have been trying to press on the brakes of the vehicle, but ended up hitting the accelerator instead. And considering the Taycan’s instant torque, things simply happened far too quick.

With its launch control enabled, the Taycan is a pretty brutal car, rivaling and possibly even outdoing the intensity of the Model S Performance’s Ludicrous Mode. Even without launch mode, the Taycan is still incredibly quick, and it reacts to its driver’s input instantly. This works very well on the drag strip and the track to great effect. But on steep driveways, this instant torque could be very hazardous.

Watch the painful Porsche Taycan parking fail incident in the video below.