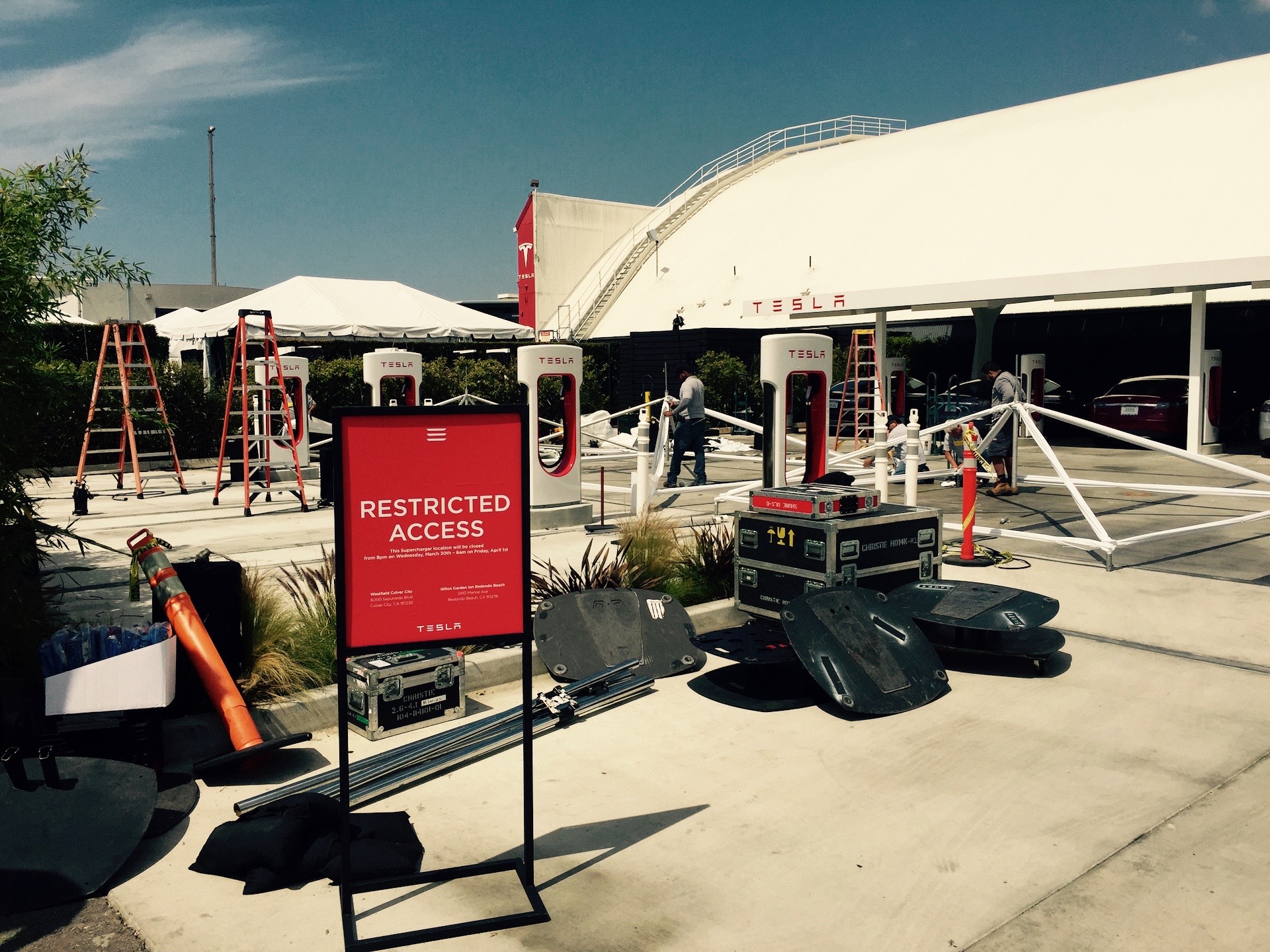 Preparations are well underway at the Tesla Design Center in Hawthorne, California where the company will host tonight’s Model 3 event. Considered the most important car Tesla will make, the Model 3 represents – in what the company hopes will be – a mass market transition from conventional gasoline powered automobiles to battery powered all-electric vehicles.

Model 3 mania has begun across much of the world starting first in Australia where large groups of Tesla fans waited in line at the Melbourne store for their chance to stake their claim to an early Model 3 reservation number. 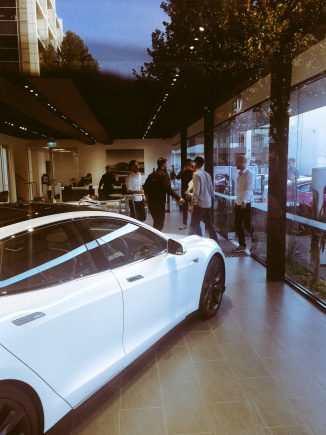 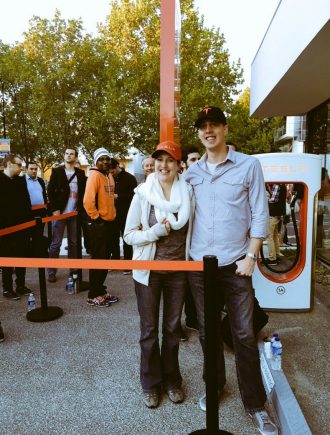 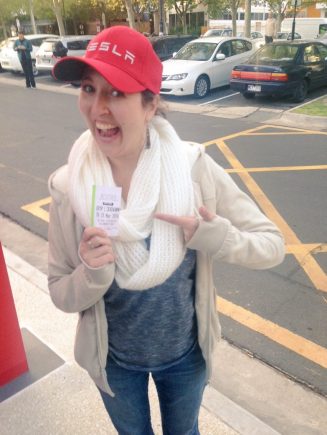 Photo credit: A big thanks to Keiron and Ann Herbert for sending us these photos while waiting in line at the Tesla store in Melbourne, Australia

While Model 3 reservations continue to take place in different regions and work its way westward, half way around the world Tesla is putting the final wraps on this evening’s Model 3 unveiling event.

Father and son duo Matt and Roger Pressman of EVannex travelled from Florida to attend the event and posted the following event preparation photos from the venue. 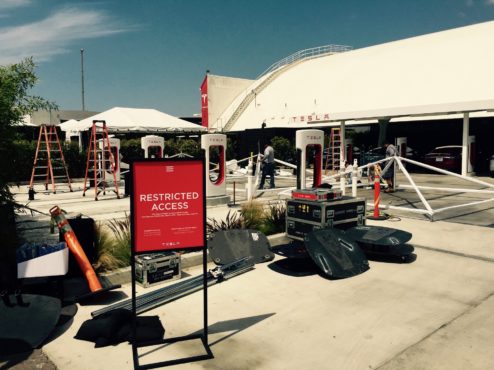 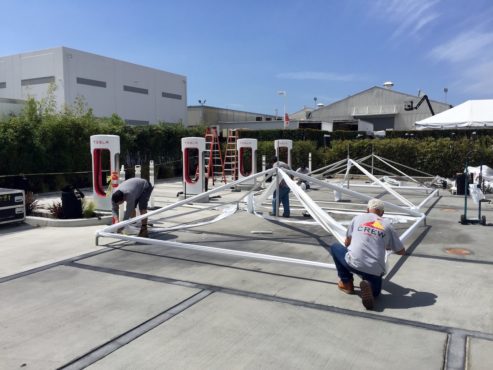 “Restricted Access” (with the “3” symbol) on signage in front of the Supercharger bays at the Tesla Design Studio in Hawthorne, CA [Source: Matt Pressman via EVannex]

Matt also took note of the battery electric Toyota RAV4-EV (Tesla battery and powertrain) driving around with logos of Elon Musk’s other company, which conveniently resides next door to the Tesla Design Center, SpaceX. On site was also several commercial-grade Tesla Energy Powerpacks. As Matt describes it, “No problem with power as Tesla Energy Powerpacks were on-site”. 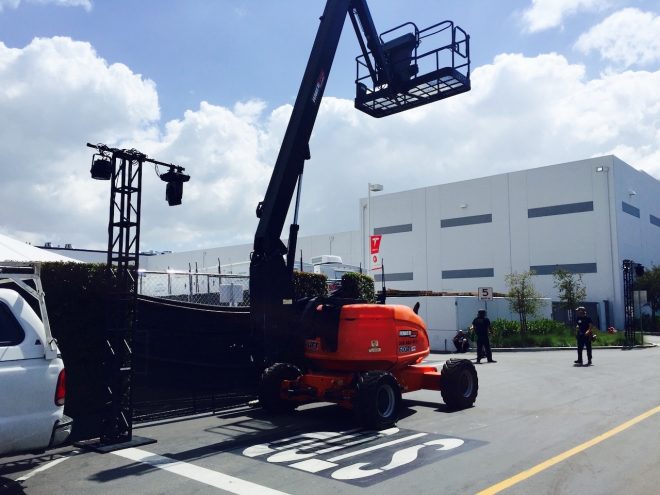 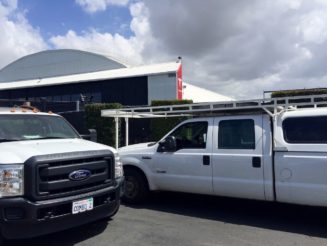 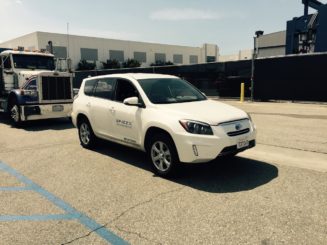 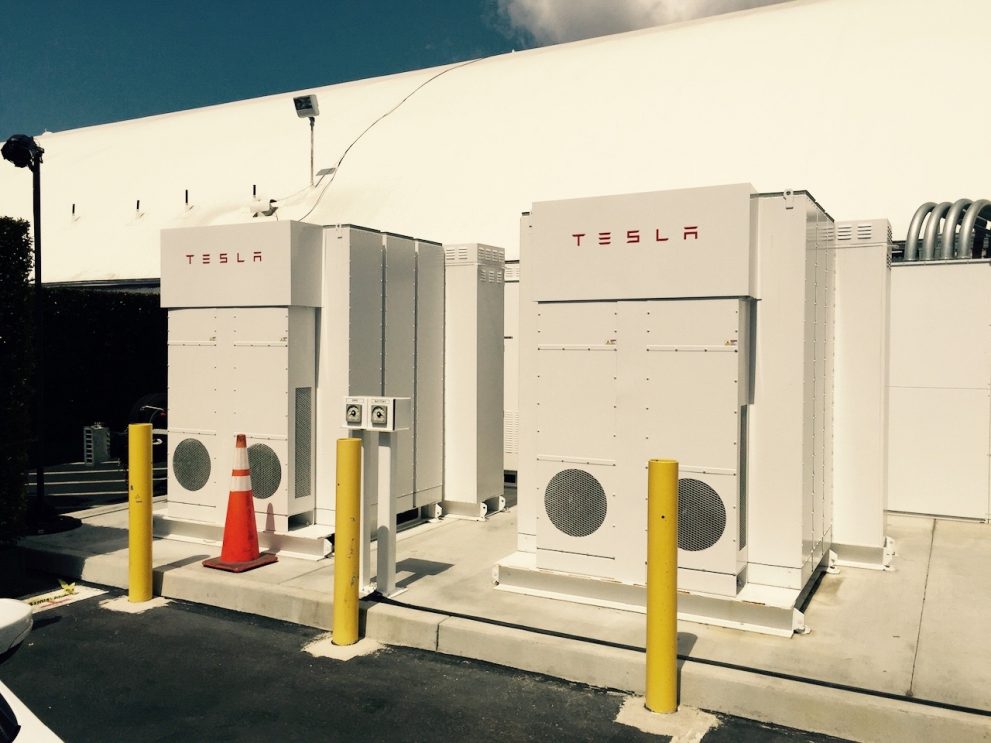 For those that plan on attending the event this evening either in-person or via Tesla’s Model 3 livestream, know that you’re about to experience history. Because “a change is coming and it will be huge”.