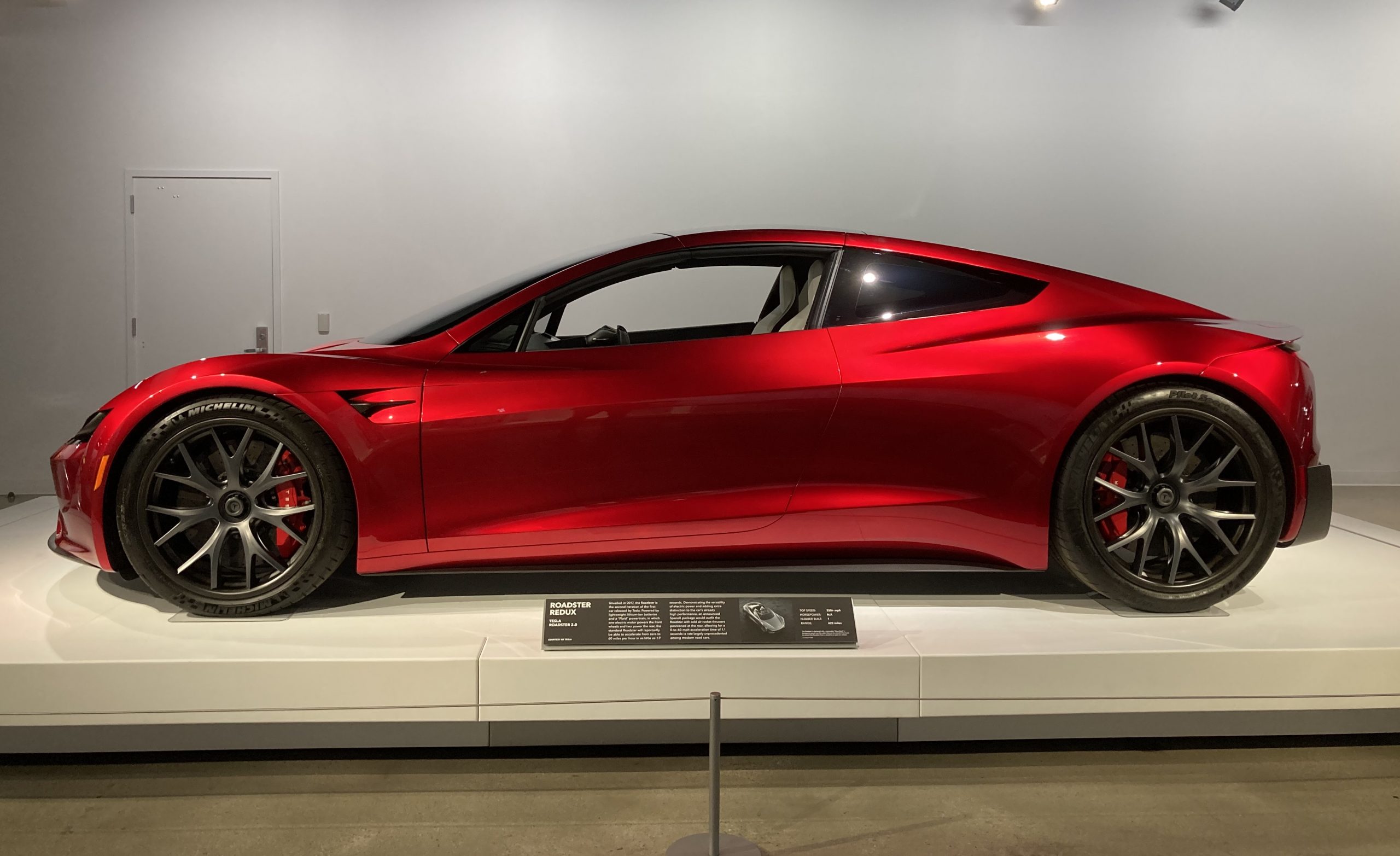 It’s now official. The next-generation Tesla Roadster, when fitted with its SpaceX Package, would be capable of sprinting from 0-60 mph in 1.1 seconds. This insane piece of information was confirmed recently by CEO Elon Musk on Twitter.

Visitors of the next-generation Tesla Roadster exhibit at the Petersen Auto Museum observed something interesting in the vehicle’s information panel. According to the museum’s plaque for the all-electric supercar, the next-generation Roadster, when fitted with cold gas thrusters, would be able to accelerate from a standstill to 60 mph in just 1.1 seconds.

In a response to a tweet about the vehicle on Twitter, Elon Musk noted that a 1.1-second 0-60 mph time was indeed possible with the Roadster SpaceX Package, which uses cold gas thrusters. Interestingly enough, the CEO said that the Roaster would still be a safe vehicle despite its rocket parts, though its acceleration would be intense, akin to a “hardcore roller coaster.”

But just to be safe, Elon Musk noted that the Tesla Roadster SpaceX Package’s full acceleration would probably not be wise for those with a medical condition. This is sound advice considering that the vehicle would likely put G forces comparable to a literal rocket launch when it accelerates at full power.

Yes, with the SpaceX rocket thruster option package. It will be safe, but very intense. Probably not wise for those with a medical condition – same as a hardcore roller coaster.

The confirmation of the new Roadster’s acceleration figures has caused a lot of excitement from the electric vehicle community. The next-generation Roadster’s specs were already insane to begin with, after all, with its base version being capable of hitting highway speeds in 1.9 seconds. But with the SpaceX Package bringing the vehicle’s 0-60 mph time down even further to 1.1 seconds, the next-generation Roadster effectively enters a territory occupied only by part-rocket vehicles like the Bloodhound SSC and NHRA Top Fuel Dragsters.

Apart from confirming the SpaceX Package’s 1.1-second 0-60 mph time, Musk also mentioned that the upcoming all-electric halo car would look different than its already-stunning prototype when it gets released. Musk did not provide any details about the Roadster’s final design, though he did note that the vehicle would look better. Considering how sleek the new Roadster already is, one can only wonder how stunning the vehicle’s production version would be.