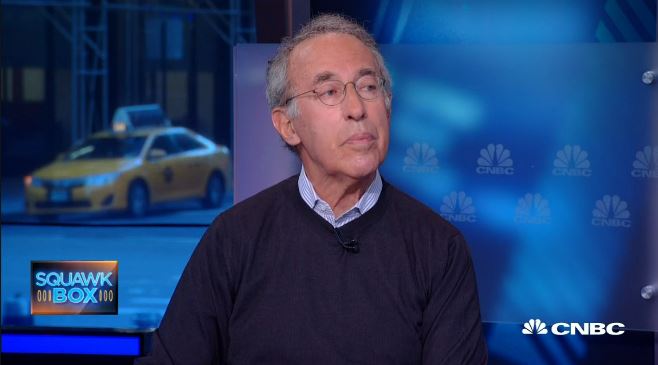 Legendary investor Ron Baron tells CNBC that Tesla Motors will be one of the largest companies in the world within ten years.

Billionaire investor Ron Baron told CNBC’s Squawk Box today, “I think [Tesla] could be one of the largest companies in the United States and the whole world.” When it comes to investing, some are day traders. They get in and out of the market, sometimes for a few hours, sometimes for a day or two. Ron Baron is not one of those.

His focus is on the long term. He thinks Tesla is a stock to buy and hold onto for the next 10 to 20 years. “I think in this one investment we can make $6 or $7 billion” over that time period, he said. Baron currently holds Tesla stock worth about $300 million. It has taken him about 3 years to accumulate his stake in the company.

He says his average share cost is $210. Tesla stock closed on Monday at just over $220 a share. “So we’ve made very little so far. But often times it takes us a very long time to [make money], Baron said. His company, Baron Capital, currently manages about $21 billion in assets.

He told CNBC he frequents the factory in Fremont, California and amazed each time he visits after seeing so much has changed. “I go there every three or four months. I look at the factory and see how much is changing,” said the chairman and CEO of Baron Capital, which has $21 billion in assets under management.

He says his investment in Tesla Motors is an investment in Elon Musk and the 14,000 employees who work for the company. “The competition is not anywhere. They could have caught him four or five years ago. But they can’t catch him now. He’s too far ahead.”

Asked about Tesla’s most recent sale of stock, Baron said, “I don’t think [Musk] is going to be back to the market for quite a while, if he’s ever going to be back to market for equity again. Throughout his whole operation, he has the opportunities to invest small amounts of capital and have high rates of return.”

He foresees rapid growth for Tesla. “They’re going to be $20 billion in sales next year, $20 billion. This year, they’re doing $8 or $9 billion. Last year they did $5 or $6 [billion].” He also made reference to the Gigafactory, which analyst Trip Chowdhry recently estimated will be worth $50 billion when finished. “They can do as much sales in batteries ultimately as they can in cars.”

Tesla is still one of the most frequently shorted stocks, but don’t tell that to Ron Baron. He is a firm believer in the mind of Musk and the power of the Tesla commitment to clean energy solutions.