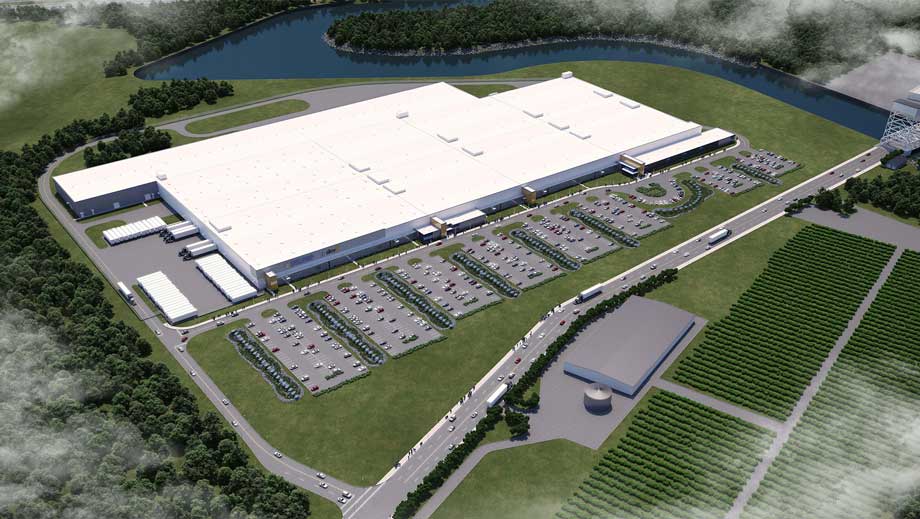 SolarCity has begun holding workforce information sessions in Buffalo, New York as it gears up to hire nearly 1,500 workers for its $900 million solar panel factory located at Riverbend.

A posting at the department of labor office in downtown Buffalo reads “New York Department of Labor, invites you to a SolarCity Workforce Information Session. Learn about careers in Solar at the new High Tech Manufacturing Hub at Riverbend!” Approximately 20 people attended the information session Monday morning to learn more about the various manufacturing and engineering positions that will be opened at the factory. Local NBC news affiliate WGRZ was on site to interview some of the candidates in attendance. Joseph Espinoza interested in a manufacturing job said pay would start at $12.50 an hour with gradual raises of $.50 an hour, “culminating to like $14 an hour over a year and a half,”.

According to Espinoza via WGRZ, questions came up regarding SolarCity’s merger with Tesla Motors during the information session, but SolarCity reps told everyone: “all the employment is through SolarCity. They were talking a lot about vertical integration as far as a one source solar shop.”

Carolyn Bright, manager of the New York State Department of Labor Career Centers expects SolarCity to begin posting job positions onto the company’s website as early as this week. Job requirements include a minimum of a high school diploma and passing grades for the Test for Basic Education (TABE), which contains basic math and reading questions.

The workforce information session is being held amid recent scandal that contractors working on the Tesla-SolarCity plant in Riverbend have not been paid by the state since September. This comes after New York state officials said payments have been held up because of extra scrutiny they are receiving in the wake of the corruption charges that have been filed over the process used to select the general contractor for the SolarCity project.

SolarCity hopes to have its workforce in place at the massive Riverbend plant by spring.