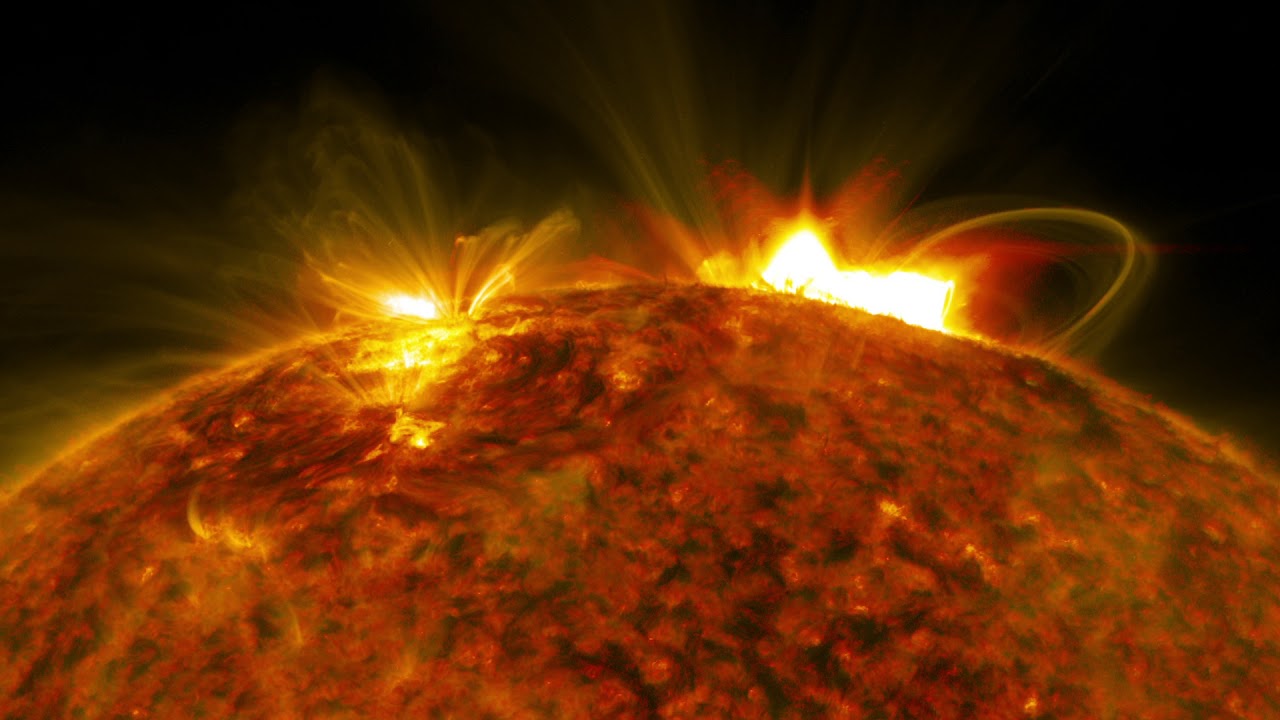 Space ‘superstorms’ and their impact on Earth’s protective shield

Solar flares can send charged particles racing through space. When they come in contact with the Earth, they can generate space weather. Credit: NASA

The European Space Agency (ESA) together with NASA is gearing up for the launch of the Solar Orbiter spacecraft — a 3,975-lb. (1,800 kg) sun-observing satellite.

Designed to study the sun up close, Solar Orbiter will take the first photos of the sun’s pole as well as provide scientists with crucial data to help guarantee against space weather.

Most of us look up at the sun and think of it as just a glowing orb in the sky, bathing the Earth in light, but our star has a darker, violent side. (Please do not stare directly at the sun, only Solar Orbiter is equipped to do so. Here are some safe ways to look at our host star.)

The sun regularly produces massive solar flares, which erupt on its surface, spewing X-rays and high-energy particles everywhere. Just eight minutes after the violent outburst, those same X-rays can slam into the Earth’s magnetic field. Most of the time, our protective shield keeps us protected from the sun, but it can be overwhelmed at times.

High energy particles from the sun run along magnetic field lines, like electric currents run through wires, looking for a release. Most often we see the lighter side of the sun’s wrath, in the form of auroras.

But really powerful ones can cripple communication systems and power grids. Radio signals, like the ones we use to communicate, are able to travel great distances through a section of the atmosphere known as the ionosphere. However, when a powerful solar storm is raging, those signals are cut off by the X-rays emitted by the sun and are ultimately drowned out by crackling static.

A recent study, published in the journal Geophysical Research Letters, indicates that the most powerful solar storms can hit once every 25 years, with less intense ones battering the Earth about once every three years.

The team, led by Dr. S.C. Chapman from the University of Warwick, identifies two types of powerful magnetic storms: ‘great super storms’ and ‘severe super storms.’ These two types are both considered dangerous and capable of causing damage to our valuable infrastructure here on Earth.

Also called geomagnetic storms, these cosmic tempests are caused by disturbances inside the sun that send particles streaming out into space. When they slam against our planet’s magnetosphere, they generate space weather, which can be very catastrophic to our sensitive electronics and power grids.

The most famous of these solar storms occurred in 1859. The Carrington Event is the most powerful geomagnetic storm ever recorded. It knocked out telegraph systems around the world, started a few fires, and even shocked some of the telegraph operators.

In 1989, a similar outburst caused issues in Canada. In Quebec, the province’s power supply station was disrupted and incredible auroras filled the sky with light when a wave of solar particles came in contact with the Earth. People as far south as Texas could see the dazzling light display.

These disturbances look to be increasingly more common and can disrupt all sorts of technology from satellites to global communications systems and more.

The world relies heavily on satellites, which are incredibly vulnerable due to their sensitive parts. Scientists theorize that if a modern-day Carrington event were to happen, it could cost trillions of dollars worth of damages. This is why scientists are using spacecraft, like Solar Orbiter and its counterpart the Parker Solar Probe, to really understand the processes that are taking place.

Space ‘superstorms’ and their impact on Earth’s protective shield