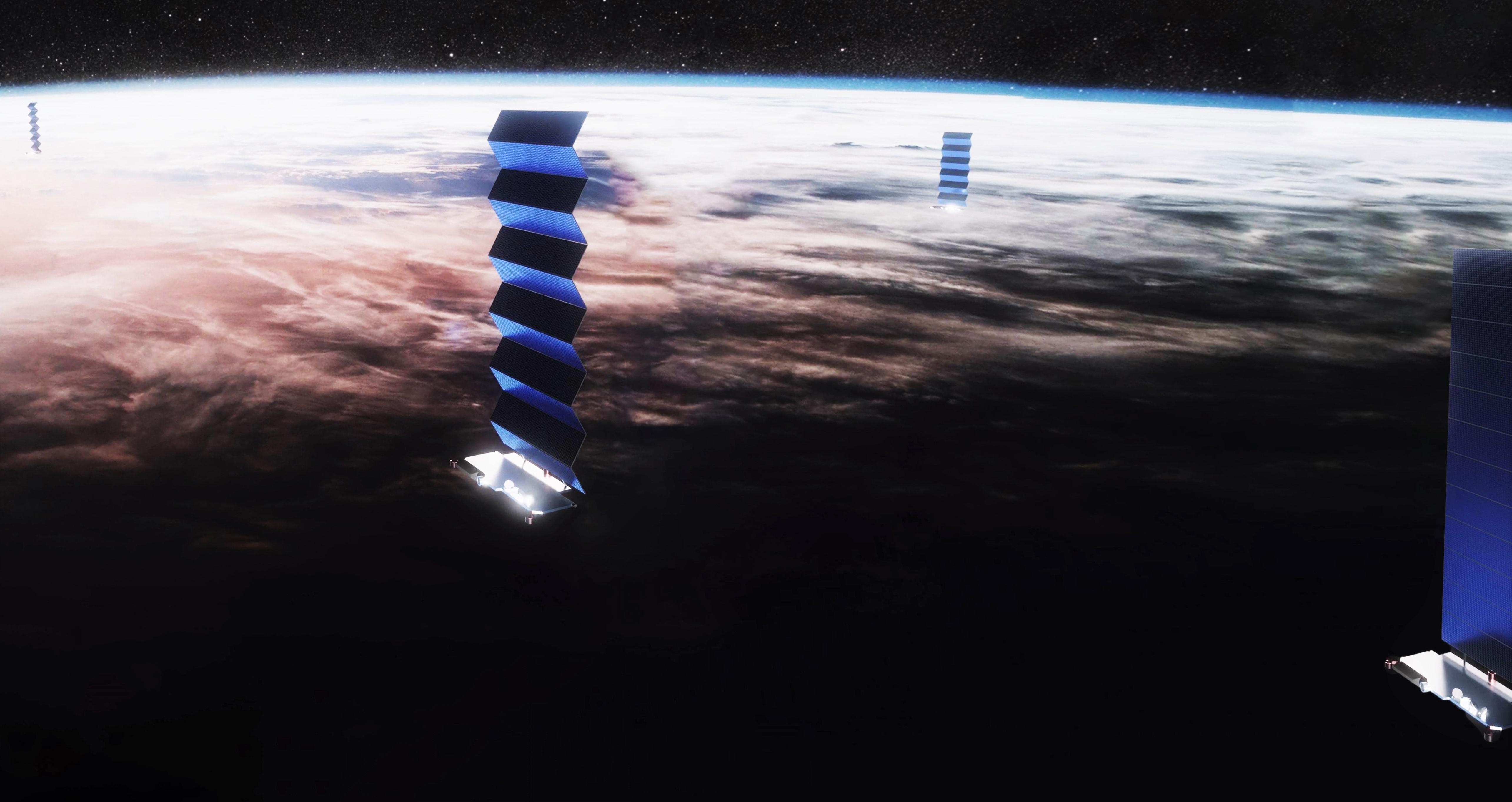 SpaceX has raised more than $1B of funding in the first half of 2019, most of which is likely bound of Starlink. (SpaceX)

Since April 2018, SpaceX has successfully raised more than $1.24 billion through the sale of equity, likely sold to investors by extrapolating the company’s current record of success to include the potential of its next two products, Starlink and Starship.

Thanks to SpaceX’s successful streak of fundraising, the company is now valued at $33.3 billion according to sources that spoke with CNBC reporter Michael Sheetz. The same source indicated that demand for SpaceX equity remains strong as the company seeks to continue extremely expensive development and production programs. Most notably, SpaceX is simultaneously building two full-scale orbital Starship prototypes at separate facilities in Texas and Florida, readying an earlier Starhopper testbed for serious test flights, and is in the midst of ramping up its Starlink satellite production to levels unprecedented in the history of spaceflight.

Put simply, with SpaceX’s Starship and Starlink programs simultaneously entering into capital-intensive phases of development and production, the company has a huge amount of work on its plate. Most of that work involves testing prototypes with technologies that are frequently unprecedented, as well as refining those designs into something final and worthy of serious production. In the case of Starship, a great deal of integrated testing and design finalization lies ahead before SpaceX can even think about starting serial production of its ~50m (160 ft) tall steel Starships or ~60m (200 ft) Super Heavy boosters.

Although large-scale aerospace development programs already tend to be very expensive, SpaceX (led by CEO Elon Musk) has structured its Starship/Super Heavy development program to be extremely hardware-rich. This is another way to say that prototypes are constantly being built, designs are ever-changing, and hardware is constantly being severely damaged (or even destroyed) during fast-paced testing. SpaceX (and Musk) have often been famous for preferring development programs that move fast and break things, delivering knowledge and optimizing designs through lessons learned (often the hard way). SpaceX also values “scrappiness” in its programs, although that sadly ends up coming at the cost of employee pay (below industry standards) and benefits (scarce bonuses, no 401K-matching, extreme hours, minimal work-life balance).

Put it all together and the results of SpaceX-style development programs have frequently defied cemented industry expectations and beliefs. SpaceX has built – from scratch – entire launch vehicles (Falcon 9 V1.0) and spacecraft (Cargo Dragon) 5-10 times cheaper than NASA believed possible. SpaceX has successfully developed a commercially viable style of reusable rockets and took just ~30 months to go from its first attempted landing to a successful booster recovery and less than 15 months after that to reuse its first booster on a commercial, orbital-class launch. Competitors that vehemently denied that SpaceX would succeed are now 5-10 years behind with disinterested responses to the reusable titan that is Falcon 9/Falcon Heavy.

Still, while SpaceX’s record of commercial and technical spaceflight success is second-to-none since the Apollo Program and the early days of the Space Shuttle, even its extraordinarily cost-effective development style requires major funding in the face of ambitions as grand as Starship and Starlink.

On May 23rd, SpaceX completed an extraordinarily ambitious Starlink launch debut, placing sixty “v0.9” spacecraft into low Earth orbit (LEO). Weighing no less than 16.5 tons (~36,000 lb), SpaceX’s first dedicated Starlink mission also became the heaviest payload the company has ever launched by at least ~30%. Aside from the spectacular statistics associated with the mission, SpaceX also debuted an exotic and largely unprecedented satellite form factor, stacking each flat, rectangular ~230 kg (510 lb) spacecraft like a deck of cards. With Starlink, SpaceX has also flown the first krypton-powered ion thrusters, replacing the traditional xenon to cut as much as $100,000 (or even more) from the cost of each satellite.

“We continue to track the progress of the Starlink satellites during early orbit operations. At this point, all 60 satellites have deployed their solar arrays successfully, generated positive power and communicated with our ground stations. Most are already using their onboard propulsion system to reach their operational altitude and have made initial contact using broadband phased array antennas. SpaceX continues to monitor the constellation for any satellites that may need to be safely deorbited. All the satellites have maneuvering capability and are programmed to avoid each other and other objects in orbit by a wide margin.” — SpaceX, May 31st

~20 days after launch, all 60 satellites are in contact with SpaceX ground controllers and all but 3-4 have managed to successfully begin raising their orbits from ~450 km to 550 km (280-340 mi). Roughly two dozen have already passed 500 km and most should reach their final orbits within 1-2 weeks.

By far the most significant news, however, was CEO Elon Musk’s confidence that SpaceX already has “sufficient capital to build an operational constellation”, likely referring to a constellation of 750-1500 spacecraft capable of either covering the entire US or offering “decent global coverage”. Of note, Musk made this comment days before SpaceX – via SEC filings – effectively announced that it has already raised more than $1B in 2019. A large portion – if not all – of that funding is thus likely bound for Starlink as the program’s shockingly small team of ~400 prepares to aggressively ramp up production.

According to both COO Gwynne Shotwell, Musk, and SpaceX, the company hopes to conduct an additional 1-5 launches of 60 Starlink satellites this year, potentially leaving SpaceX with a constellation of more than 400 satellites – with a total bandwidth of 7 terabits per second (tbps) – after just eight months of launches. Equally significant, SpaceX’s official Starlink.com website states that SpaceX wants to offer real internet service to an unspecified number of US and Canada consumers after just six launches. In other words, SpaceX could deliver the first (possibly alpha or beta) taste of consumer Starlink internet service by the end of 2019.

If SpaceX can deploy the constellation soon and Starlink reaches its cost, performance, and longevity targets, it’s safe to say that SpaceX’s private investors are going to be extraordinarily happy with their financial decision.