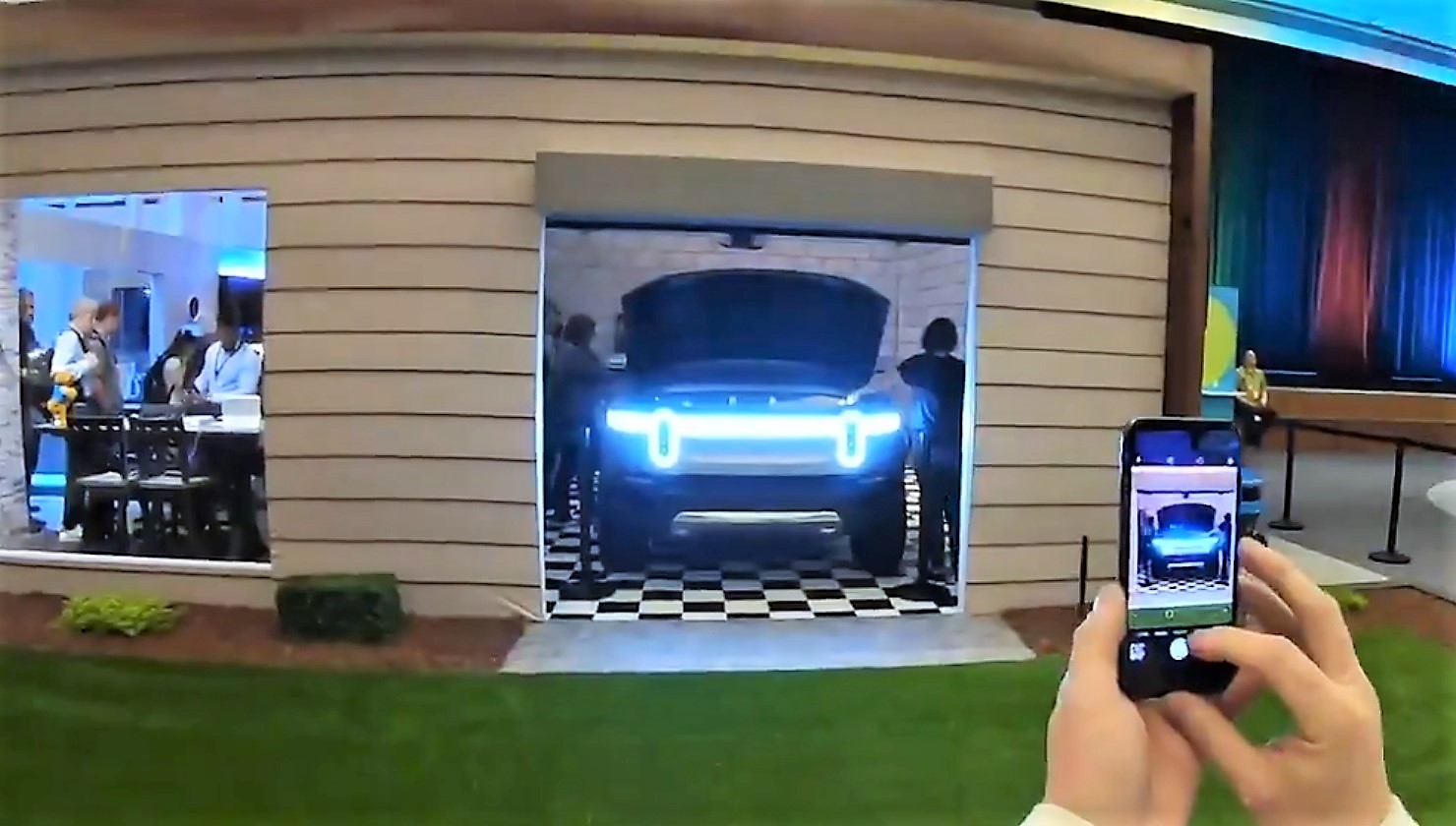 In a video published by the official re:MARS Twitter account, Rivian team member Christian Hubbell is seen demonstrating a voice command on the R1T.

“Alexa, open the hood,” he dictates into a remote device, explaining “what it’s gonna do is invoke our smart home function. It’s gonna open the front hood, and then we’re gonna be able to put [in] any groceries, packs, gear, you name it.” While Hubbell is describing the Alexa command function, the R1T hood is seen opening in the background, as instructed.

Amazon’s re:MARS 2019 event is an information and networking conference focused on artificial intelligence (AI), robotics, and other related Earth and space technologies, including self-driving. This is the event’s first year and took place June 4-7 at the Aria Resort & Casino in Las Vegas.

Rivian’s attendance at re:MARS was announced by the event’s official Twitter account, and ‘#alexaauto’ was tagged in the message, indicating the startup’s vehicles might be integrated with Alexa technology. This indication now seems to be a definite possibility based on the video demo. “What happens when you combine a thirst for adventure with automotive tech and AI? Meet the world’s first Electric Adventure Vehicle at #reMARS to find out,” the announcement tweet said while featuring the R1T on a road trip to Sedona and utilizing the truck’s recently unveiled kitchen module.

At this time, it’s unclear what Rivian’s integration with Amazon’s digital assistant will be aside from voice command functionality. The R1T truck was demonstrated at the LA and New York International Auto Shows to have numerous electronic features that would be candidates for the Alexa feature. In addition to the hood/frunk open and close function, the pickup truck’s tailgate has 180 degree mobility, the suspension can be raised and lowered as needed, and the glass roof is electrochromatic for changing colors in response to outside weather and light conditions, all operated electronically. Both the R1T and the R1S SUV are slated for production and delivery late next year.

Overall, although details are still limited regarding Rivian’s final tech offerings in its production R1T truck and R1S SUV, the opportunities and potential features are promising. In the case of Amazon, who led a $700 million dollar investment into the electric car maker in February, Rivian’s re:MARS demos and any future technology sharing would seem to be a mutually beneficial endeavor for the two companies. Perhaps more sharing is in the works with other Amazon investments such as Aurora, a self-driving startup, whose goal is to support a range of manufacturers and transportation networks with its independent software. Rivian’s vehicles will have Level 2 autonomous driving hardware installed, upgradable to Level 3 via over-the-air updates once available.