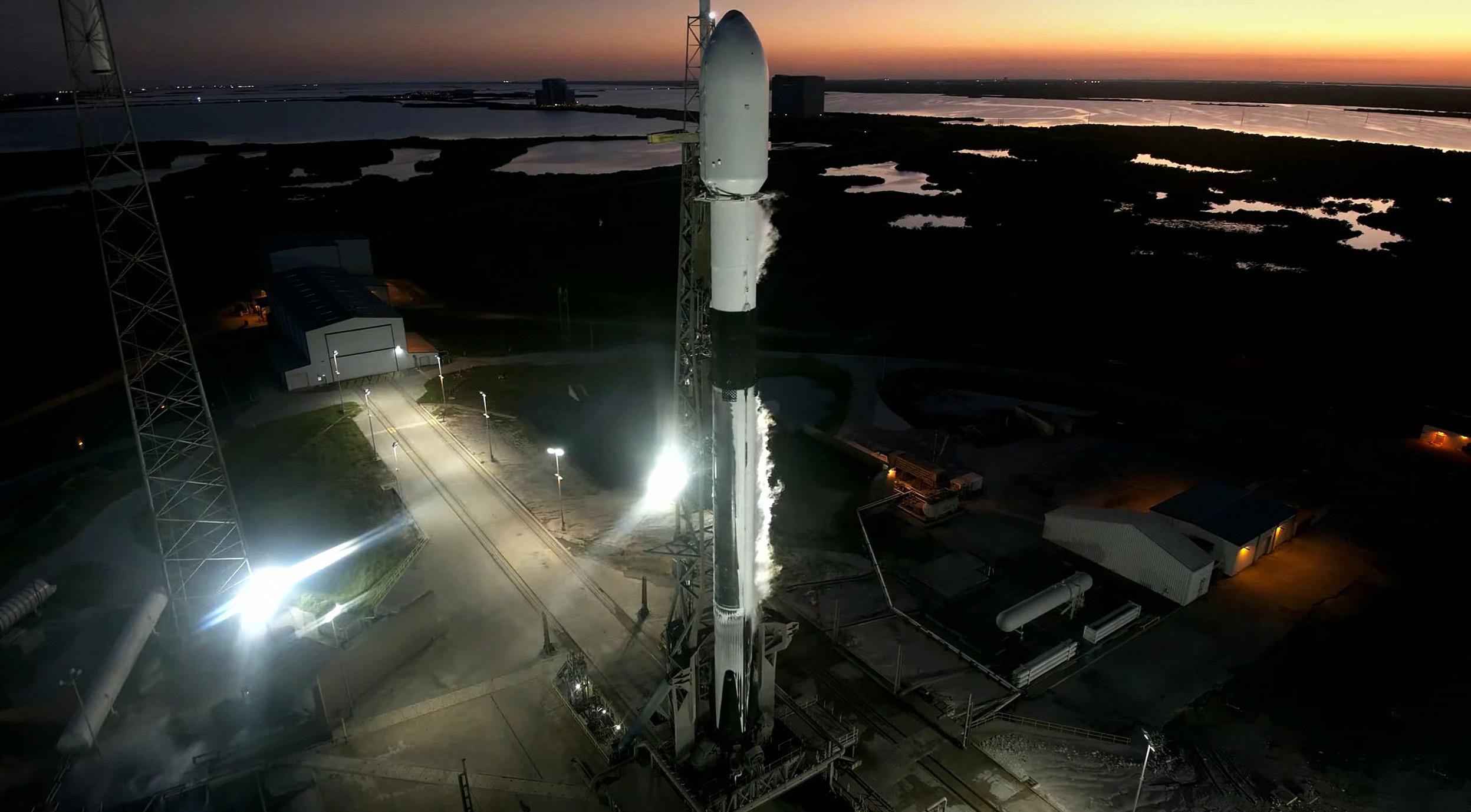 SpaceX’s third Falcon 9 launch in a little over 31 hours was called off seconds before liftoff after the rocket’s onboard computer detected what Elon Musk says was a “tiny helium leak.”

SpaceX takes “no risks with customer satellites,” per the CEO, so the company has stood down from its October 6th launch attempt to inspect the rocket, analyze data gathered from tonight’s attempt, and ensure everything is in order. Barring surprises, SpaceX will attempt to launch Intelsat’s Galaxy-33 and Galaxy-34 geostationary communications satellites at the next earliest opportunity, a 69-minute window that opens at 7:06 pm EDT (23:06 UTC) on Friday, October 7th.

The abort ends an opportunity SpaceX had to launch three Falcon rockets faster than ever before, but the company was still able to crush a different (internal) record with two Falcon 9 launches in seven hours on October 5th. Thanks to its relentless pursuit of ever-higher launch cadences, SpaceX will likely have many opportunities to break its record of three launches in ~36 hours over the next several months.

Intelsat’s Galaxy-33/Galaxy-34 (G33/G34) mission would have been SpaceX’s third Falcon 9 launch in 31 hours and 20 minutes following the successful October 5th launches of Crew-5 (carrying four astronauts) at 12:00 pm EDT and Starlink 4-29 (deploying 52 Starlink satellites) at 7:10 pm EDT. The hat-trick record for a non-SpaceX vehicle appears to have been previously held by the Soviet R-7 rocket family, which completed three launches in 40 hours in March 1978.

SpaceX broke that record in June 2022 when it launched Starlink 4-19, SARah-1, and Globalstar FM15 a little over 36 hours apart. It will now have to wait for another opportunity to break its own record, though it likely won’t be too long as the company continues to target 60 launches in 2022 and “up to” 100 launches in 2023.

According to a SpaceX launch controller, Falcon 9’s first ill-fated Galaxy-33/Galaxy-34 launch attempt was aborted automatically when the rocket’s flight computer “identified higher than expected cryo helium decay.” SpaceX’s Falcon rockets burn a combination of cryogenic liquid oxygen and chilled rocket-grade kerosene (RP-1), but they carry composite overwrapped pressure vessels (COPVs) filled with high-pressure helium gas to keep their propellant tanks pressurized as they’re drained. If SpaceX’s much larger Starship rocket shares some similarities, the company may also use a system of “helium injection” [PDF] inside Falcon 9 to keep its cryogenic oxygen and chilled kerosene as cold as possible. Musk later simplified the cause of the abort to a “tiny helium leak,” but the location of the leak (inside or outside of the rocket) was not specified.

Two hours before that, the Crew Dragon spacecraft SpaceX launched the day prior successfully docked with the International Space Station (ISS), delivering its ‘payload’ of four professional astronauts to the orbital outpost. One of those passengers is Russian cosmonaut Anna Kikina, marking the first time an American spacecraft has ferried a Russian to the ISS in almost 20 years. That milestone has unfortunately been muddied and overshadowed by the country’s illegal, genocidal, and increasingly suicidal invasion of Ukraine.

Crew-5 is the seventh Crew Dragon to successfully transport astronauts to the ISS and SpaceX’s eighth crewed launch overall since May 2020. Flying for the second time, Crew Dragon capsule C210 docked on its first try after a smooth 29-hour rendezvous. About a week from now, another crew of four astronauts will board a different Crew Dragon spacecraft and return to Earth, handing off the ISS to Crew-5 and ending SpaceX and NASA’s Crew-4 mission.

SpaceX is scheduled to launch at least one more batch of astronauts for NASA in March or April 2023, meaning that the company is expected to singlehandedly ensure NASA access to the ISS for almost three full years. At the start of the Commercial Crew Program and for most of its development, NASA intended for partners SpaceX and Boeing to alternate, but Boeing’s Starliner spacecraft is years behind schedule.