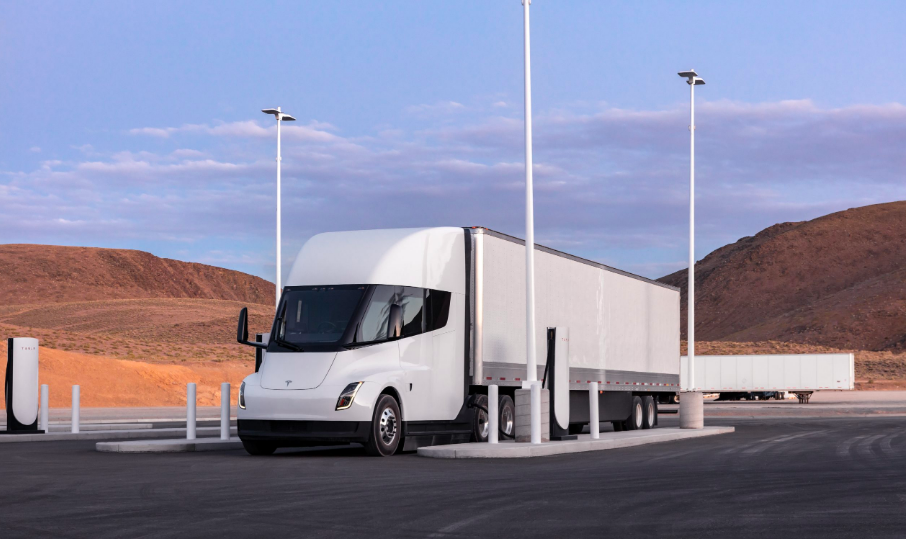 Tesla CEO Elon Musk announced the start of the production of the long-awaited Tesla Semi truck with deliveries to Pepsi on December first. He added that the Tesla Semi has a 500-mile range and is super fun to drive. In December 2017, Pepsi ordered 100 of the all-electric Class 8 trucks a month after it had been announced.

The fully loaded Tesla Semi can accelerate from 0-60 mph in 20 seconds, has three independent motors on its rear axles and with remote diagnostics, over-the-air software updates and fewer moving parts enable operators to spend less time at service centers

During an interview with CNBC’s Jim Cramer, PepsiCo CEO Ramon Laguarta said that the first deliveries of the Tesla Semi for the soft drink company would be starting in Q4. Although he said this last year, he got the right quarter but the wrong year.

“Actually, transportation is about 10% of our overall gas emissions, so it’s important, and we’re working on different solutions. We replace our fleet regularly, every ten years more or less. That’s the life of a truck. We’re already starting to buy electric trucks actually from Tesla. I don’t want to promote anybody, but that’s the brand that we’re using so far, and we’re getting our first deliveries this Q4. So it’s something we started a few years ago. We’re working with Tesla,”  said Laguarta.

All throughout 2022, Tesla has been preparing Pepsi for the arrival of the new Semis. Tesla installed several Megachargers at the company’s Modesto, California plant with a reported output of 1.5 MW.

Tesla also shared new photos of the Semi on its website. The newly added high-resolution photos reveal more details than Tesla’s older photos did. You can see the buttons for the deck lights, for example. You can view those below.