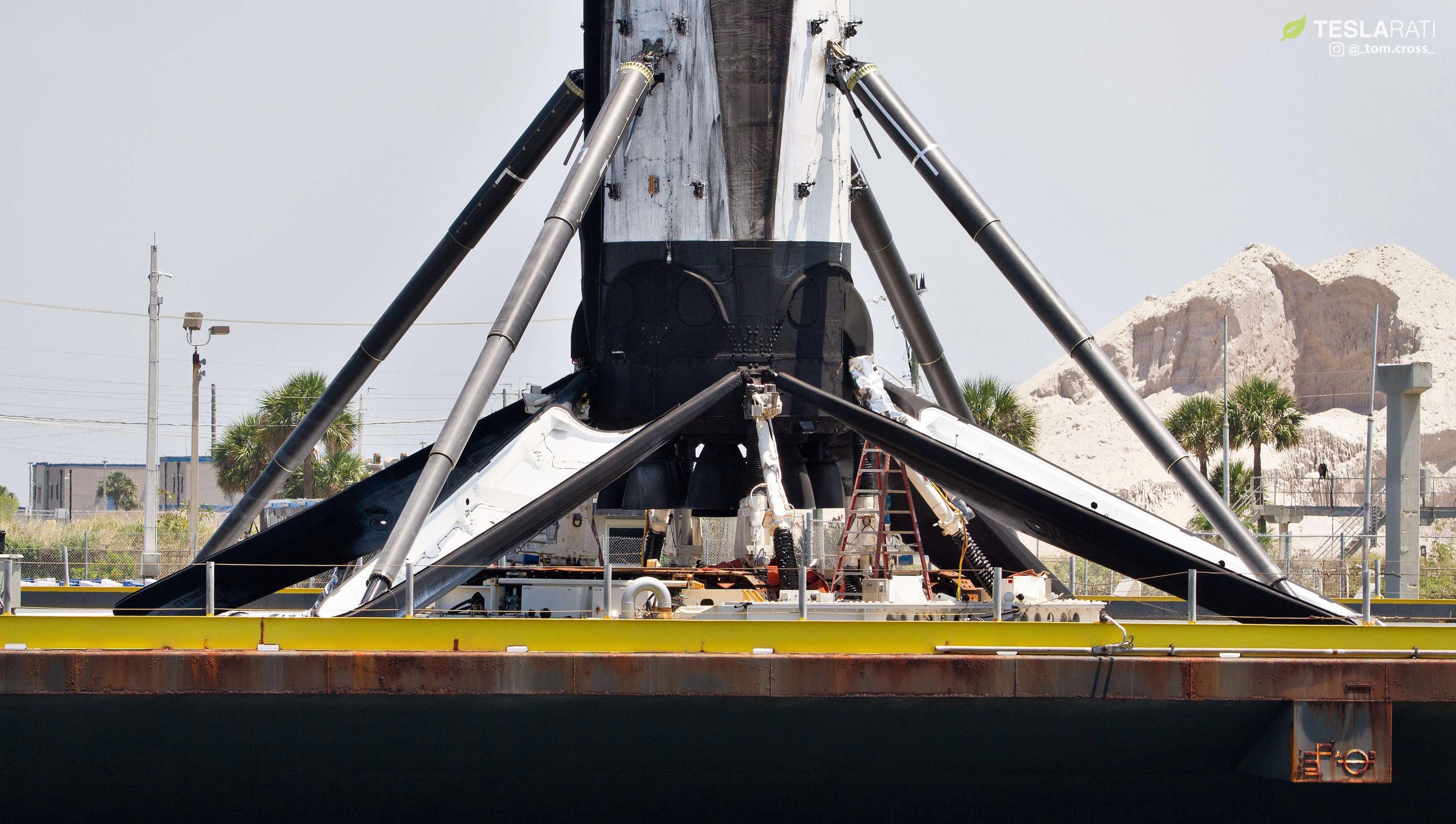 In short, as the company’s experienced recovery technicians continue to gain experience and grow familiar with Falcon 9 Block 5, the length of booster recoveries have consistently decreased in the 12 months since Block 5’s launch debut. Already, the efficiency of recovery processing has gotten to the point that – once SpaceX optimizes Block 5’s design for refurbishment-free reuse – there should be no logistical reason the company can’t fly the same booster twice in ~24-48 hours.

The road to rapid reusability

Rarely will it make headlines, but the fact remains that SpaceX’s ultimate goal is not just to reuse Falcon 9 (and other) boosters, but to do so with a level of routine efficiency approaching that of modern passenger aircraft. It’s reasonable to assume that chemical rockets might never reach those capabilities, but they may certainly be able to improve enough to radically change the relationship between humans and spaceflight.

Along that line of thinking, SpaceX CEO Elon Musk decided years ago that an excellent representative goal for Falcon 9 would be to launch the same booster twice in 24 hours. In the last year or so, that largely arbitrary target has changed a bit and is now believed to be a bit wider, aiming for booster reuse within a few days of recovery. This is a pragmatic adjustment more than a technical criticism of Falcon 9.

In general, Falcon 9 simply doesn’t have the performance necessary for routine reusability timelines measured in hours. The majority of SpaceX launches need enough of Falcon 9’s performance to necessitate recovery aboard one of SpaceX’s two drone ships, typically stationed at least a 200-300 km (100-200 mi) offshore. That fact alone almost single-handedly kills any chance of sub-24-hour booster reuse, given that the process of towing the booster-carrying drone ship back to port happens at a max speed of ~10 mph (15 km/h). Just gaining permission to enter the port itself often involves waits of 6+ hours a few miles offshore.

Low orbit, low mass Falcon 9 missions are much more promising for extremely rapid reusability, given that both of SpaceX’s West and East coast landing zones are located just a few miles (or less than 1500 feet, in the case of LZ-4) from their corresponding launch pads and processing facilities. However, these missions are quite rare, while SpaceX’s own low Earth orbit (LEO) Starlink launches will likely involve payloads so heavy that long-distance drone ship recoveries will be necessary.

Finally, there are Falcon Heavy launches, most of which will allow for both side boosters to return to the Florida coast for landings at LZ-1/LZ-2. However, these pose their own barriers to rapid reuse, mainly due to the fact that side boosters – while technically just Falcon 9 boosters – would need major changes to support a single-stack Falcon 9 launch. Falcon Heavy launches simply aren’t going to happen back-to-back over a period of 24-48 hours, so that option is also out of the question.

This means that SpaceX’s only real option for practical rapid reuse is to instead focus on something closer to a weekly launch capability for Block 5 boosters, meaning that the same booster would be able to launch, land, return to shore, and prepare for the next launch in the same week. Even then, launch site readiness may still stand in the way of truly radical improvements in booster reuse and launch frequency. After each launch, SpaceX’s pads and transporter/erectors take a significant beating, requiring routine repairs and maintenance before returning to flight-readiness. Barring major improvements, SpaceX has demonstrated minimum launch-to-launch times of roughly 10 days, and cutting that figure by 50-90% will be a major challenge for a rocket as powerful as Falcon 9.

Despite the many logistical reasons that Falcon 9 will likely never lend itself to routine ~24-hour reusability, having that latent capability would still mean that the hardware is advanced enough to offer that efficiency. Even if SpaceX can’t literally fly each booster at its operational capacity, nearly refurbishment-free reflights will still translate into dramatically lower launch costs. Modern civilian aircraft need not fly every second of every day to still be affordable to operate (excluding amortization costs).

Ultimately, SpaceX has been taking small steps in that direction ever since the company began recovering (and reusing) Falcon 9 boosters. Falcon 9 B1049’s third recovery has been one of the best (and most record-breaking) steps yet, but those records were only just broken The most significant statistic to come out of the post-Starlink v0.9 recovery is that B1049.3 took less than 30 hours to go from docking in port to being horizontal on a SpaceX booster transporter. The previous record-holder was Falcon 9 B1046.2, requiring approximately 40 hours for the same feat. B1049.3 also holds the record for fastest recovery overall – just 48 hours from docking to being transported to a SpaceX hangar – but only beat B1051 by about half an hour. In general, Falcon 9 Block 5 has been privy to consistently quick recovery operations and B1049 is just the latest in a long line of reusable SpaceX rockets.