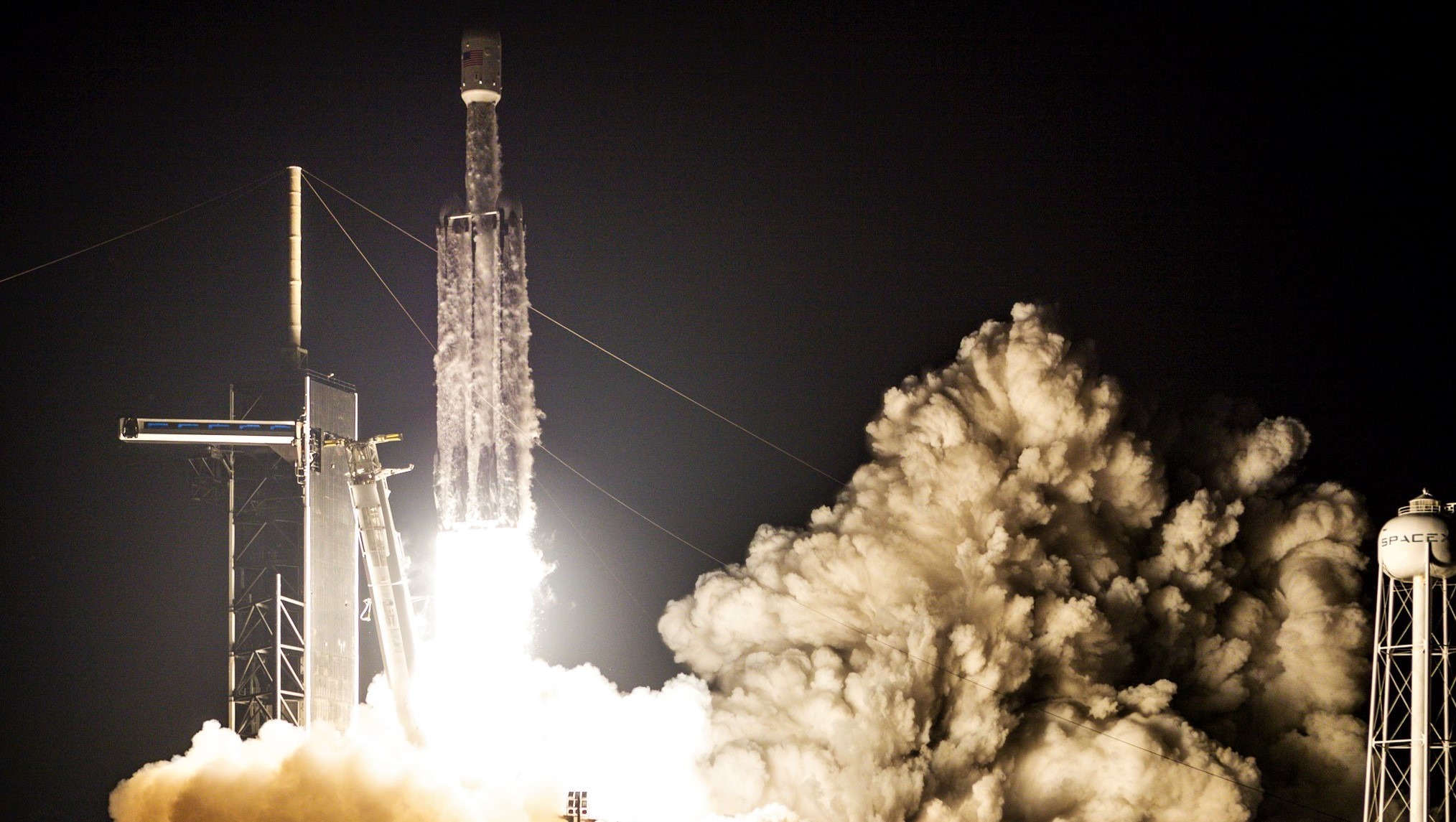 Falcon Heavy lifts off from Pad 39A on its third launch ever. Sadly, center core B1057 was unable to stick its drone ship landing. (Tom Cross)

Some 12 hours after Falcon Heavy successfully completed what Elon Musk described as the SpaceX’s “most difficult launch ever”, the CEO took to Twitter to offer some insight into the mission’s only sad note – an unsuccessful center core recovery attempt.

The second Falcon Heavy Block 5 center core built by SpaceX, B1057 suffered an untimely demise shortly after its first (and last) launch, failing to successfully land aboard drone ship Of Course I Still Love You (OCISLY). Although an undeniable disappointment, the overall STP-2 mission was a spectacular success and will without a doubt serve SpaceX well as the company eyes its first certified Falcon Heavy launches for the US military. New center cores can and will be produced and there should be no doubt that SpaceX will eventually perfect center core recovery (or transcend the need entirely with Starship).

As noted by both CEO Elon Musk and several SpaceX engineers-turned-webcast-hosts, aside from the fact that the overall mission was by far the company’s most challenging yet, center core B1057’s recovery was also expected to be the most challenging booster landing ever. The booster’s landing target was drone ship OCISLY, stationed a record-smashing 1240 km (770 mi) off the coast of Florida – almost 30% further than any previous recovery attempt.

Sadly, SpaceX either chose not to broadcast the center core’s onboard camera during reentry or the booster could not maintain a downlink connection during the ordeal. However, based on basic info that was included in the webcast, B1057 completed its boost burn and separated from the upper stage and Space Test Program-2 (STP-2) payload some 3 minutes and 40 seconds after lifting off from Pad 39A. At MECO (main-engine cutoff), the building-sized booster was traveling a blistering 3.1 km/s (Mach 9) at an altitude of more than 120 km (75 mi).

Running on slim propellant margins, the booster coasted through vacuum almost the entire way to drone ship OCISLY. Around 9 minutes after launch, B1057 began its entry burn, likely igniting three Merlin 1D engines to effectively cushion it against the worst of atmospheric reentry heating. Unintuitively, much of the actual benefit of that burn derives from that cushioning effect, while the burn only slows the booster down by a few hundred meters per second (mph).

Effectively falling in near-vacuum conditions, pulled by gravity, B1057 could easily have been traveling 3.5-4 km/s (Mach 10-12) by the time Earth’s atmosphere began to slow it down. Described by Musk himself, back-of-the-envelope analysis of available telemetry apparently indicated that that spectacularly fast and hot reentry either burned through B1057’s heavy titanium heat shield or broke through the smaller heat shield surrounding its M1D engine bells.

In short, the brutal heating and buffeting of hypersonic atmospheric reentry damaged the rocket’s central M1D engine, necessary for an accurately controlled drone ship landing. Incredibly, B1057 actually appeared to make it almost all the way to a successful recovery, veering off course just a few hundred meters above OCISLY. Musk also noted that this may have actually been an instance of the rocket’s autonomous guidance computer intentionally abort a landing attempt to protect the drone ship. It’s possible that the reentry didn’t fully destroy components, but rather damaged them to the point that they failed only after a sustained landing burn.

Regardless, the end result is unambiguous. Falcon Heavy center core B1057 did its job perfectly, supporting the STP-2 launch, boosting the upper stage and payload almost half the way to orbit, and eventually sacrificing itself to avoid potentially damaging OCISLY. SpaceX’s next Falcon Heavy launch is currently scheduled to launch the very large AFSPC-52 military satellite no earlier than September 2020, a full 15 months away. The company should have no trouble manufacturing multiple new center cores between now and then.