SpaceX CEO Elon Musk believes that there may be a path for the company to ultimately build the massive Starship spacecraft and Super Heavy booster (formerly BFR) for less than Falcon 9/Falcon Heavy, a rocket 3-9 times smaller than BFR.

While it certainly ranks high on the list of wild and wacky things the CEO has said over the years, there may be a few ways – albeit with healthy qualifications – that Starship/Super Heavy production costs could ultimately compare favorably with SpaceX’s Falcon family of launch vehicles. Nevertheless, there are at least as many ways in which the next-gen rocket can (or should) never be able to beat the production cost of what is effectively a far simpler rocket.

This will sound implausible, but I think there’s a path to build Starship / Super Heavy for less than Falcon 9

On the one hand, Musk might not necessarily be wrong, especially if one throws the CEO several bones in the interpretation of his brief tweet. BFR at its simplest is going to require a full 38 main rocket engines to achieve its nominal performance goals, 7 on Starship and 31 on Super Heavy. As a dramatically more advanced, larger, and far more complex engine, Raptor will (with very little doubt) cost far more per engine than the relatively simple Merlin 1D. BFR avionics (flight computers, electronics, wiring, harnesses) are likely to be more of a known quantity, meaning that costs will probably be comparable or even lower than Falcon 9’s when measured as a proportion of overall vehicle cost. Assuming that BFR can use the exact same cold gas thruster assemblies currently flying on Falcon 9, that cost should only grow proportionally with vehicle size. Finally, Starship will not require a deployable payload fairing (~10% of Falcon 9’s production cost).

All of those things mean that Starship/Super Heavy will probably be starting off with far better cost efficiency than Falcon 9 was able to, thanks to almost a decade of interim experience both building, flying, and refurbishing the rocket since its 2010 debut. Still, BFR will have to account for entirely new structures like six large tripod fins/wings and their actuators, wholly new thrust structures (akin to Falcon 9’s octaweb) for both stages, and more. Considering Starship on its own, the production of a human-rated spacecraft capable of safely housing dozens of people in space for weeks or months will almost without a doubt rival the cost of airliner production, where a 737 – with almost half a century of production and flight heritage – still holds a price tag of $100-130+ million. 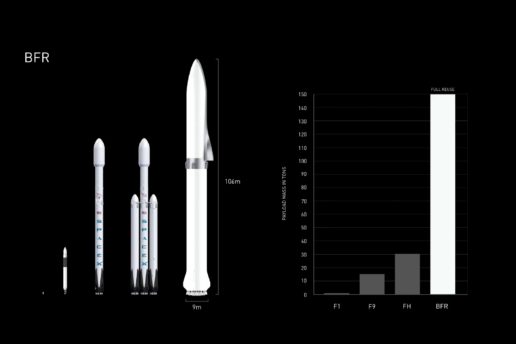 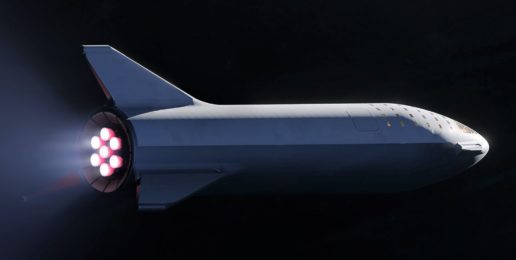 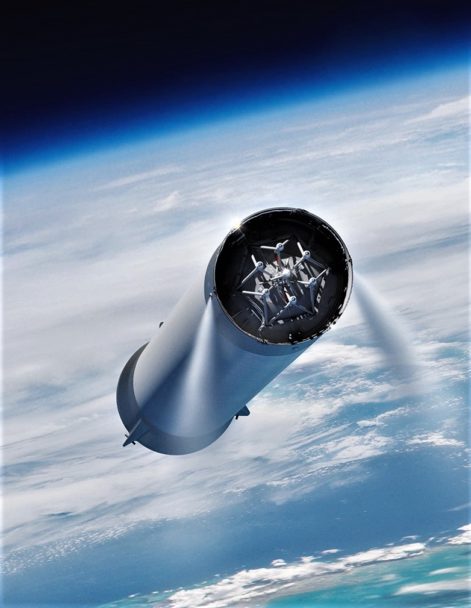 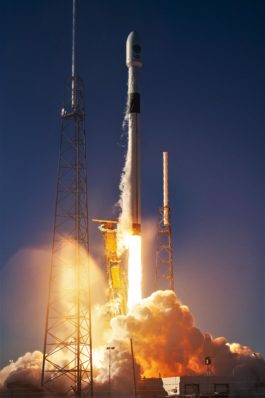 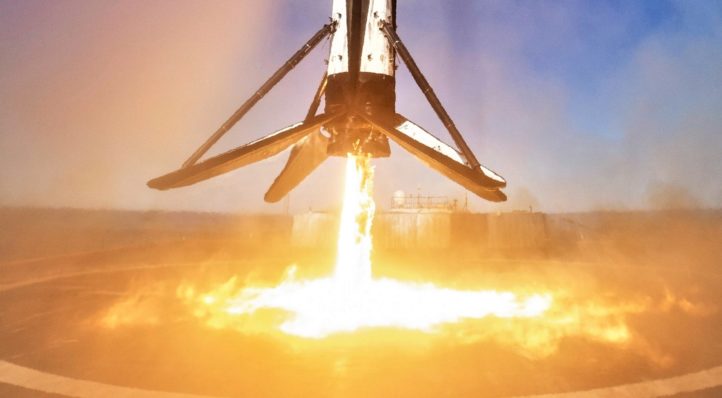 Sadly, this is a not a sight that will greet Falcon 9 booster B1046’s fourth launch – Crew Dragon’s critical In-Flight Abort test. (SpaceX)

Adding one more assumption, the most lenient interpretation of Musk’s tweet assumes that he is really only subjecting the overall structure (sans engines and any crew-relevant hardware) of BFR relative to Falcon 9. In other words, could a ~300-ton stainless steel rocket structure (BFR) cost the same amount or less to fabricate than a ~30-ton aluminum-lithium alloy rocket structure (Falcon 9/Heavy)? From the very roughest of numerical comparisons, Musk estimated the cost of the stainless steel alloys (300-series) to be used for BFR at around $3 per pound ($6.60/kg), while aluminum-lithium alloys used in aerospace (and on Falcon 9) are sold for around $20/lb ($44/kg)*. As such, simply buying the materials to build the basic structures of BFR and Falcon 9 would cost around and $7.5M and $5M, respectively.

Assuming that the process of assembling, welding, and integrating Starship and Super Heavy structures is somehow 5-10 times cheaper, easier, and less labor-intensive, it’s actually not inconceivable that the cost of building BFR’s structure could ultimately compete with Falcon 9 after production has stabilized after the new rocket’s prototyping phase is over and manufacturing processes are mature.

On the opposite hand, stainless steel rockets do not have a history of being uniquely cost-effective relative to vehicles using alternative materials. The only orbital-class launch vehicles to use stainless steel (and balloon) tanks are the Atlas booster and the Centaur upper stage, with Atlas dating back to the late 1950s and Centaur beginning launches in the early ’60s. Stainless steel Atlas launches ended in 2005 with the final Atlas III mission, while multiple forms of Centaur continue to fly regularly on ULA’s Atlas V and Delta IV. 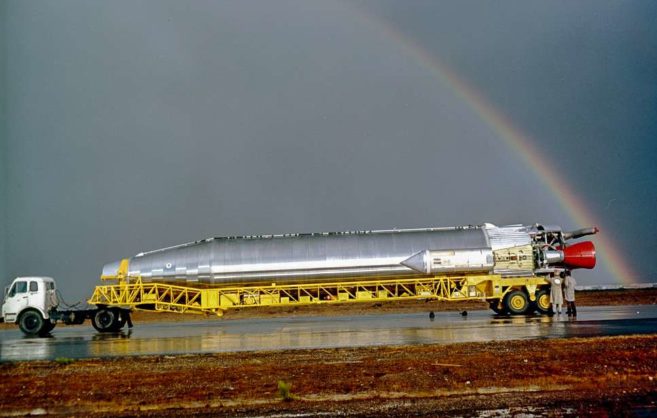 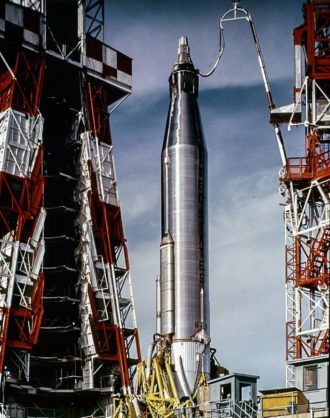 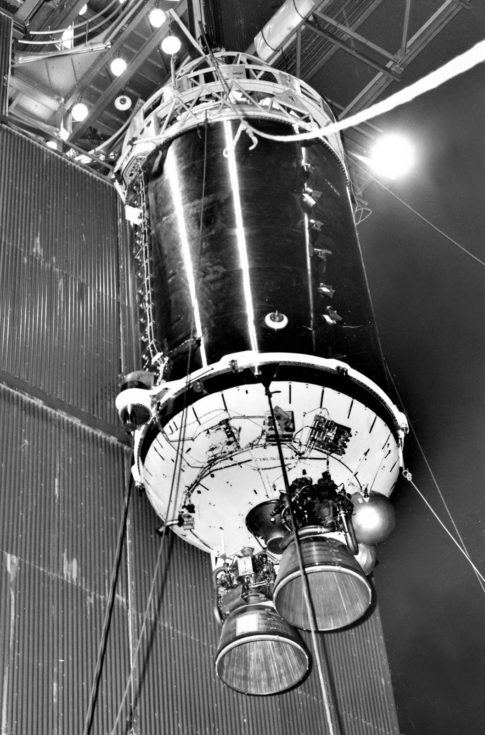 A Centaur upper stage is pictured here in 1964. (NASA) 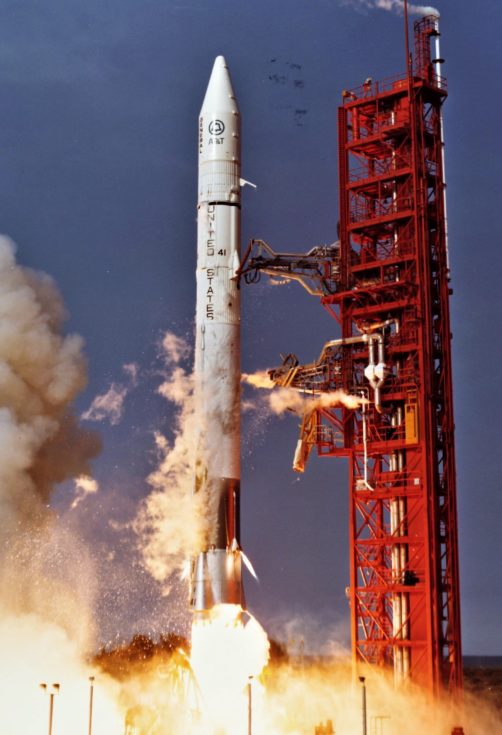 Atlas SLV3D is pictured here launching a Comstar I satellite.

A Falcon 9 booster is seen here near the end of its tank welding, just prior to painting. (SpaceX) 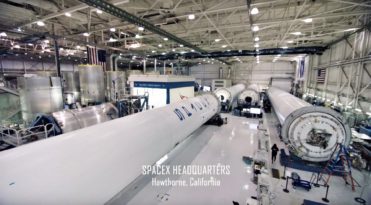 An overview of SpaceX’s Hawthorne factory floor in early 2018. (SpaceX)

In a very loose sense, that particular stainless steel Atlas variant was about half as large and half as capable as the first flight-worthy version of Falcon 9 at roughly the same price at launch ($60-70M). What does this jaunt through the history books tell us about the prospects of a stainless steel Starship and Super Heavy? Well, not much. The problem with trying to understand and pick apart official claims about SpaceX’s next-generation launch architecture is quite simple: only one family of rockets in the history of the industry (Atlas) regularly flew with stainless steel propellant tanks, a half-century lineage that completed its final launch in 2005.

Generally speaking, an industrial sample size of more or less one makes it far from easy to come to any particular conclusions about a given technology or practice, and SpaceX – according to CEO Elon Musk – fully intends to push past the state of the art of stainless steel rocket tankage with BFR. Ultimately, American Marietta/Martin Marietta/Lockheed Martin was never able to produce launch vehicle variants of the stainless steel Atlas family at a cost more than marginally competitive with Falcon 9, despite the latter rocket’s use of a far more expensive metal alloy throughout its primary tanks and structure.

At some point, it’s even worth asking whether the per-unit cost of Starship and Super Heavy should be relevant at all to their design and construction, at least within reason. If the goal of BFR is to drastically lower the cost of launch by radically improving the ease of reuse, it would be truly bizarre (and utterly unintuitive) if those goals could somehow be achieved without dramatically raising the cost of initial hardware procurement. Perhaps the best close comparison to BFR’s goals, modern airliners are eyewateringly expensive ($100-500M apiece) as a consequence of the extraordinary reliability, performance, efficiency, and longevity customers and regulatory agencies demand from them, although those costs are admittedly not the absolute lowest they could be in a perfect manufacturing scenario.

At the end of the day, it appears that Musk is increasingly of the opinion that the pivot to stainless steel could ultimately make BFR simultaneously “better, faster, [&] cheaper”. However improbable that may be, if it does turn out to be the case, Starship and Super Heavy could be an unfathomable leap ahead for reliable and affordable access to space. It could also be another case of Musk’s excitement and optimism getting the better of him and hyping a given product well beyond what it ultimately is able to achieve. Time will tell!