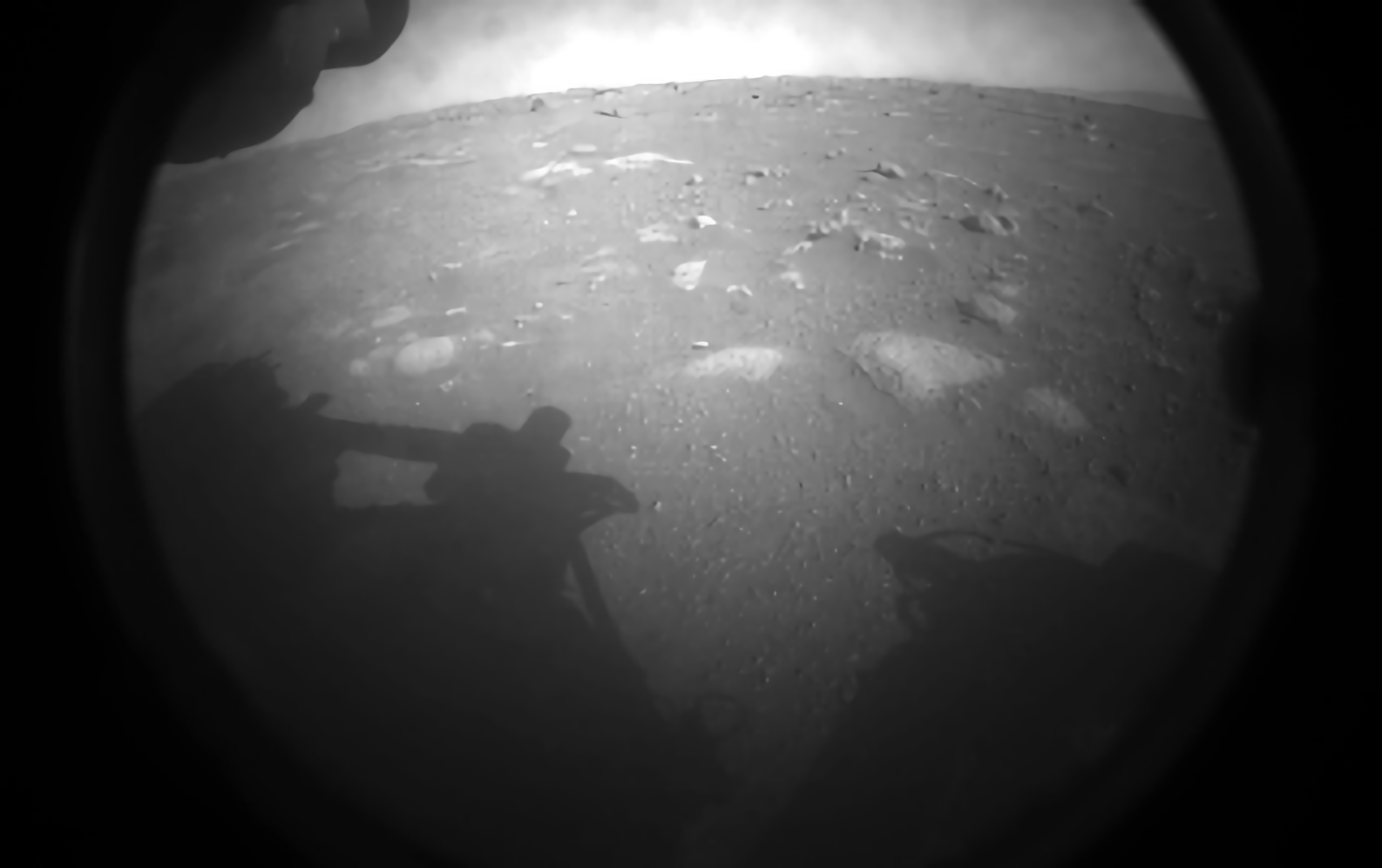 NASA's Perseverance rover sees its shadow on Mars for the first time after a spectacular landing. (JPL)

The culmination of more than half a decade of work and a several hundred million million mile journey through deep space, NASA and the Jet Propulsion Laboratory have managed to make lightning strike twice, successfully landing a second car-sized rover on the surface of Mars. Carrying a bevy of cutting-edge science instruments – many of which are on the Red Planet for the first time – and even a small helicopter-like drone, the Mars 2020 Perseverance rover is now ready for a careful once-over before kicking off a what should be a years-long science campaign.

If all goes as planned, part of that campaign will involve collecting an extensive series of Martian soil samples that could eventually be recovered and launched back to Earth in the late 2020s or 2030s. In the meantime, the Perseverance rover – nicknamed ‘Percy’ – will essentially operate as a supercharged, upgraded version of Curiosity, an almost identical car-sized rover that debuted NASA and JPL’s powered descent and landing capabilities in 2012.

Curiosity continues to roam Mars with no signs of slowing down and is making slow but steady progress on a marathon climb up the outskirts of Mount Sharp. While roughly the same size as Percy, Curiosity’s younger sibling carries an almost entirely revamped set of scientific instruments and is substantially heavier, meaning that the Mars 2020 mission represents the first time history that a spacecraft weighing more than one metric ton (1025kg/2260lb) has successfully landed on another planet.

Unlike SpaceX, which has long prioritized trial and error and extensive incremental testing on the path to developing new technologies and capabilities, NASA and JPL – for a variety of complex reasons – are under an incredible amount of pressure to succeed on the first try. That’s particularly apparent with missions like Curiosity and Perseverance, where the slightest error could easily doom a $2.5 billion work of art, engineering, and science to a crater on the surface of its target destination.

The sheer insanity of injecting a car-sized rover into another planet’s atmosphere – with no prior braking of any kind – at around 10 times the speed of a bullet, deploying a house-sized parachute at supersonic velocities, and ultimately dropping that rover to the surface of Mars with a literal rocket-powered ‘sky crane’ is hard to exaggerate. The fact that that was what hundreds of the world’s smartest people concluded was the safest and most optimal architecture exemplifies just how extraordinarily difficult large-scale Mars landings really are.

With any luck, in 5-10 years, NASA, SpaceX, and the world will be watching with bated breath as Starship attempts its first Mars atmospheric entry, descent, and landing and (most likely) explodes somewhere in the middle. Regardless, SpaceX will be – and is, even today – standing on the shoulders of giants like those that just bullied the laws of physics and complexities of systems engineering into submission to land a second car-sized rover on Mars.