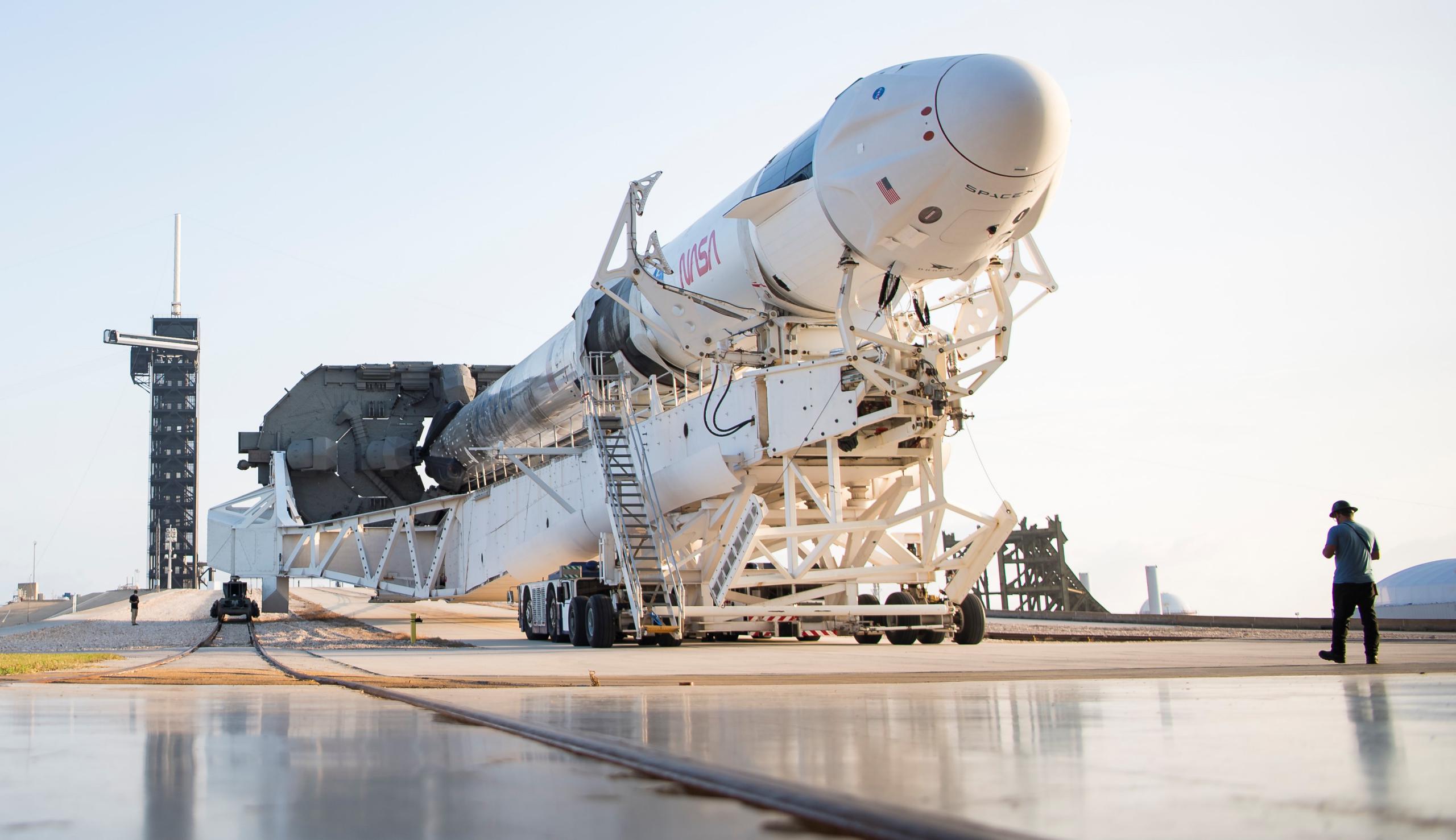 SpaceX says it has successfully completed the last major test standing between a flight-proven Falcon 9 rocket and Crew Dragon spacecraft and the company’s next historic astronaut launch.

Right on schedule, once-flown Falcon 9 booster B1061, orbit-proven Crew Dragon capsule C206, and a new expendable Falcon upper stage rolled out to Kennedy Space Center (KSC) Launch Complex 39A on Friday, April 16th, kicking off the last major steps for SpaceX’s second operational astronaut launch. Captured in great detail by NASA and SpaceX photographers, the rollout was completed without issue and the rocket was brought vertical and connected to the launch pad later the same day.

Less than 24 hours later, the fully integrated Falcon 9 was loaded with supercooled liquid oxygen and rocket-grade kerosene (RP-1) and ultimately fired up its nine first-stage Merlin 1D engines – a procedure virtually identical to a normal launch flow. All systems thus fully checked out and cleared for flight, SpaceX and NASA proceeded into a “dry dress rehearsal” early on Sunday.

Much like the Saturday static fire replicated almost every rocket-related aspect of launch, Sunday’s ‘dry dress’ served a similar role for the mission’s human elements – an international group of astronauts and the SpaceX and NASA teams that prepare them for flight. For Crew-2, Falcon 9 and Crew Dragon will be carrying Japanese (JAXA) astronaut Akihiko Hoshide, European (ESA) astronaut Thomas Pesquet, and NASA astronauts Shane Kimbrough and Megan McArthur.

Those four astronauts will be flying on Falcon 9 booster B1061, already responsible for launching Crew Dragon’s operational debut in November 2020, making Crew-2 the first time in history that astronauts will fly on a flight-proven liquid rocket booster and flight-proven private rocket of any kind.

(Quite literally) on top of that, they will also be riding in the Crew Dragon capsule responsible for enabling the United States’ first orbital human spaceflight launch in almost a decade less than a year ago. Dragon C206 successfully launched NASA astronauts Bob Behnken and Doug Hurley to the International Space Station (ISS) in late May 2020 and flawlessly returned them back to earth in early August, acing the first crewed US spaceflight since the Space Shuttle’s premature July 2011 retirement.

That means that Crew-2 will make Crew Dragon C206 the first crewed space capsule in history to launch astronauts more than once – a truly historic achievement but just the latest in a long line of successful uncrewed Dragon reuses over the last four years. That NASA – a famously risk-averse spaceflight agency – is at all willing to allow its astronauts to fly on a flight-proven Dragon or Falcon 9 booster is impressive and was perceived as a highly improbable outcome just a few years ago.

For NASA to allow SpaceX to perform both feats of unprecedented crewed rocket and spacecraft reuse on Dragon’s third human spaceflight ever is nothing short of the most resounding endorsement and validation of the company’s technical expertise that the space agency could ever offer. Thanks in large part to NASA’s flexibility and seemingly boundless confidence in SpaceX, the company has been able to expedite its astronaut launch plans in order to prevent major delays hampering Commercial Crew Program’s other partner – Boeing – from disrupting NASA’s presence on the ISS.