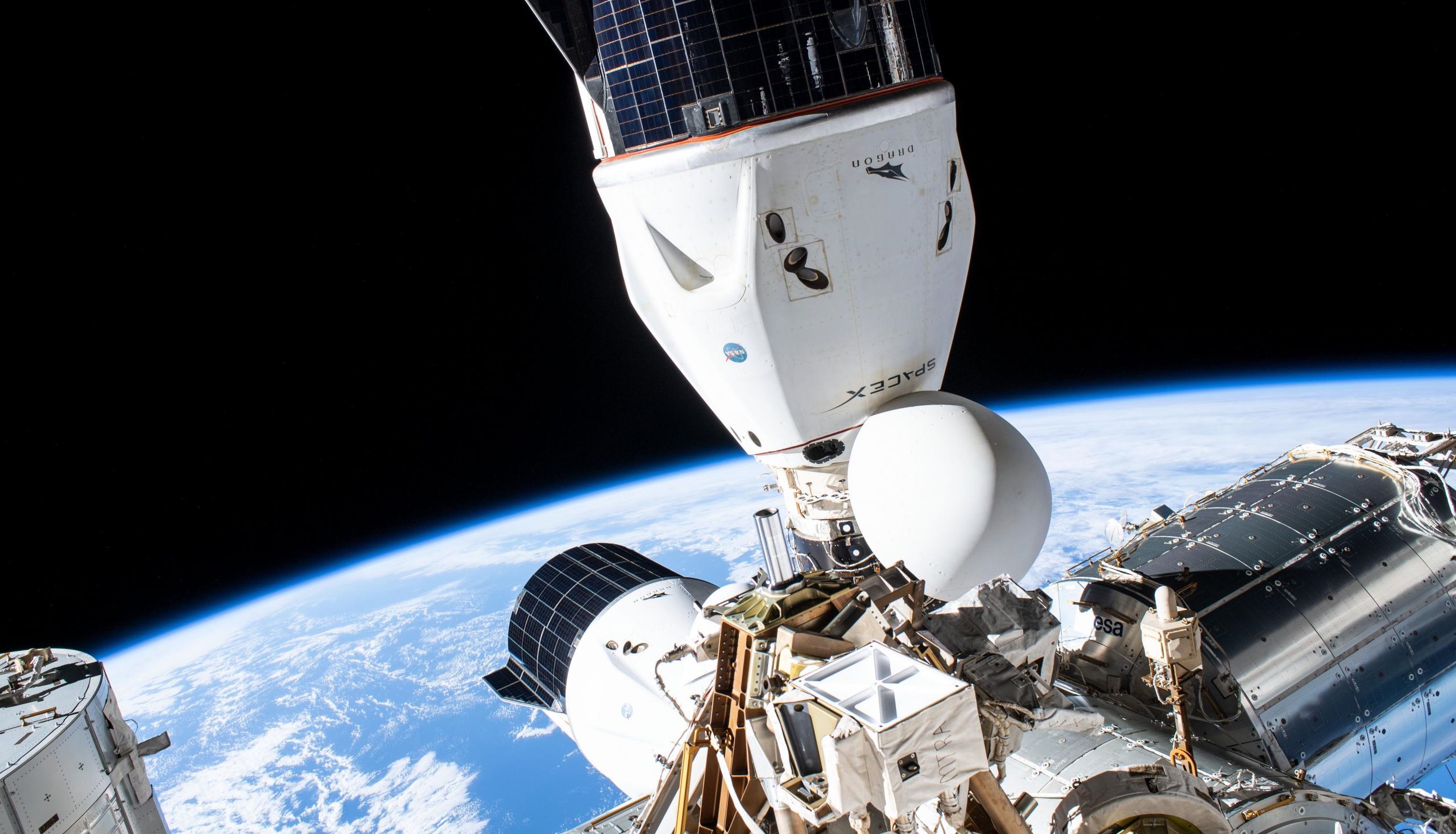 In the days of the Space Shuttle, similar flyaround maneuvers were extremely common as the US and Russia slowly but surely assembled the ISS from nothing in low Earth orbit (LEO) – mainly serving to document that undeniably historic process. In 2011, NASA and Roscosmos planned what would become the last flyaround in seven years to capture Shuttle Discovery on its last mission (also the first of the Shuttle’s last three launches) and the more-or-less completed space station. While the occasional partial flyaround still occurred during rare spacecraft relocation maneuvers, it would be more than seven years until the next flyaround – again by a Soyuz spacecraft – was completed in October 2018, capturing excellent photos of the ISS ahead of its 20th anniversary in orbit.

Now, more than three years after Soyuz’s MS-08 flyaround, SpaceX is reportedly set to continue the tradition as early as November 2021, making Crew Dragon the third of three crewed visiting vehicles to do a full flyaround survey of the ~450 ton (million-pound) orbital outpost.

Barring changing plans, twice-flown Crew Dragon Endeavor (C206) will perform the maneuver immediately after it undocks from the space station for the second time (including one relocation maneuver) with Crew-2 ESA astronaut Thomas Pesquet, JAXA astronaut Akihiko Hoshide, and NASA astronauts Shane Kimbrough and Megan McArthur. According to the Aerospace Safety Advisory Panel (ASAP) meeting where news of the flyaround was first broken, Crew-2’s ISS departure remains on track to occur in early to mid-November.

In the 5-6 weeks between then and now, SpaceX is scheduled to undock Cargo Dragon 2 spacecraft C208 and return it to Earth, completing the CRS-23 resupply mission and capsule C208’s second trip to orbit and freeing up one of the ISS’ two American docking ports. Then, SpaceX is scheduled to launch yet another batch of astronauts to the ISS as part of Crew Dragon’s third operational crew transfer mission (Crew-3). Crew-3 remains on track to launch no earlier than (NET) October 31st, where it and astronauts Raja Chari, Thomas Marshburn, Kayla Barron, and Matthias Maurer will briefly join Crew-2 and their Dragon at the ISS.

Hand-off complete, Crew-2 and Dragon Endeavor will then be free to depart the ISS, perform the first 360-degree flyaround survey in years, and return to Earth after more than six months in orbit. Due to years of continued technical and programmatic delays, Boeing – NASA’s other Commercial Crew partner – is unlikely to be ready to support operational astronaut launches until late 2022 at the earliest, likely guaranteeing that one or even two more Dragon-to-Dragon crew handoffs will occur before Starliner can give Dragon a break. SpaceX, in other words, is on track to singlehandedly ensure continuous NASA access to the International Space Station for two full years – and maybe even longer.