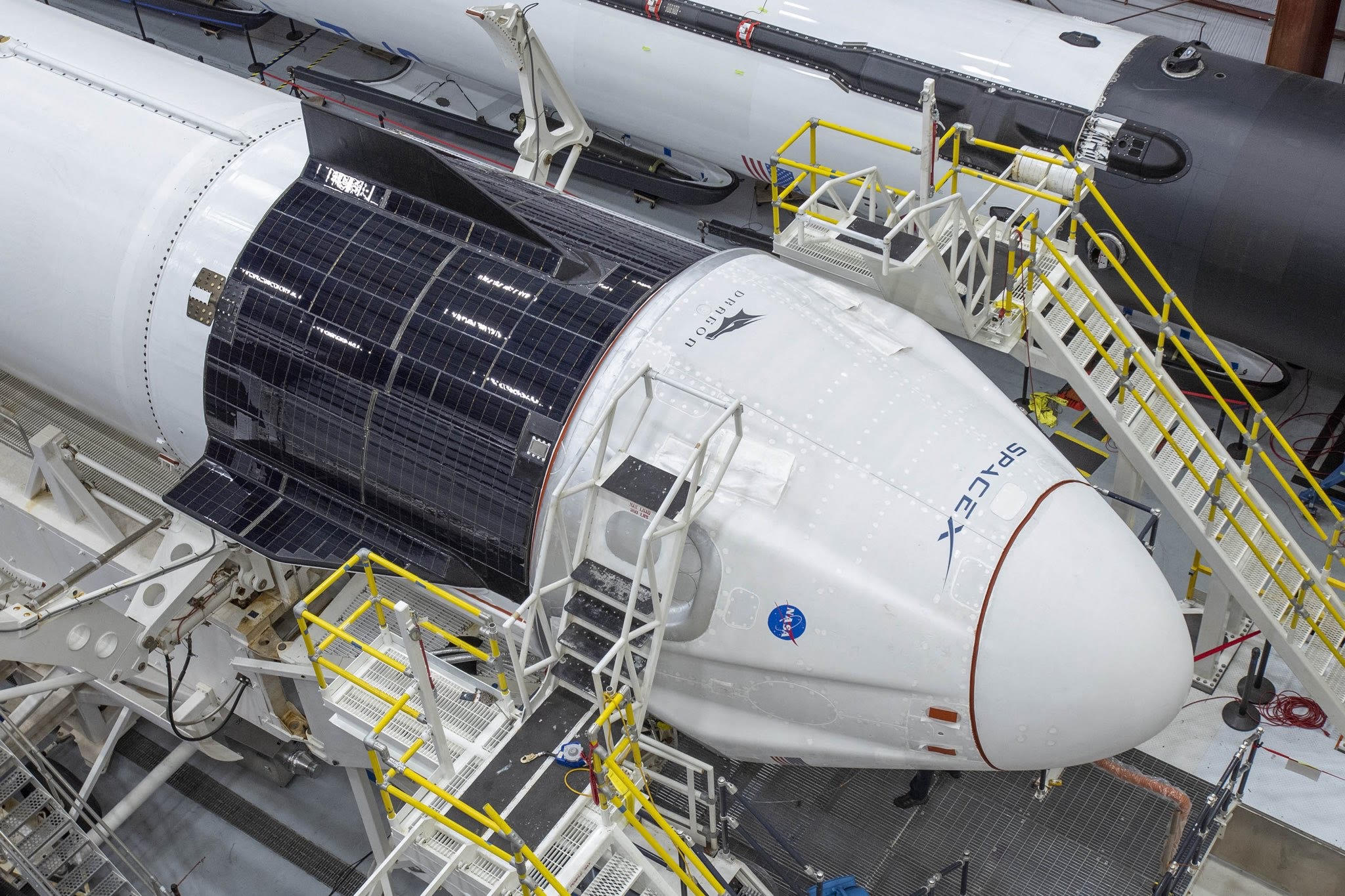 SpaceX and NASA are going full-steam ahead towards the first astronaut launch from U.S. soil in nearly a decade. To that end, SpaceX has moved its Crew Dragon spacecraft to the hangar at Pad 39A for final launch preparations.

The craft is set to launch on May 27, at 4:33 p.m. EDT (2033 GMT), kicking off a 19-hour trip to the International Space Station. Buckled inside in the capsule will be two veteran astronauts: Bob Behnken and Doug Hurley.

The duo arrived in Florida on May 20, just a week before their historic flight is set to take off. The crew will finish up some last minute-training, try on their space suits one last time, and spend some time with their families prior to launching on a mission with no definitive return date. (They’re estimated to spend between 1-4 months on orbit, but the duration depends on several factors, including when the next Crew Dragon spacecraft will be complete.)

Meanwhile, SpaceX is busy readying their ride to space. To that end, on Friday, May 15, the gum drop-shaped capsule rolled into a hangar adjacent to the launch pad.

Once inside, SpaceX engineers inspected the vehicle before mating it to its Falcon 9 launcher.

Along with the Crew Dragon booster, three other Falcons can be seen perched in the hangar. Those boosters are for upcoming flights, including the launch of an upgraded GPS satellite that was originally slated to launch in March. But thanks to the coronavirus currently sweeping the globe, and the fact that the GPS constellation is healthy, lead officials to push the launch back.

Also seen in the photo are two flight-proven boosters, designated B1051, and B1059.

Now that the Falcon and Dragon are mated, the duo will roll to the launch pad in a day or two for a routine static fire test. After that, Behnken and Hurley will conduct one final run-through of launch day procedures. But first, the mission must pass a flight readiness review, lead by NASA’s associate administrator, Steve Jurczyk.

If all goes as planned, there will be a final launch readiness review on Monday (May 25), ahead of the launch on Wednesday, May 27.