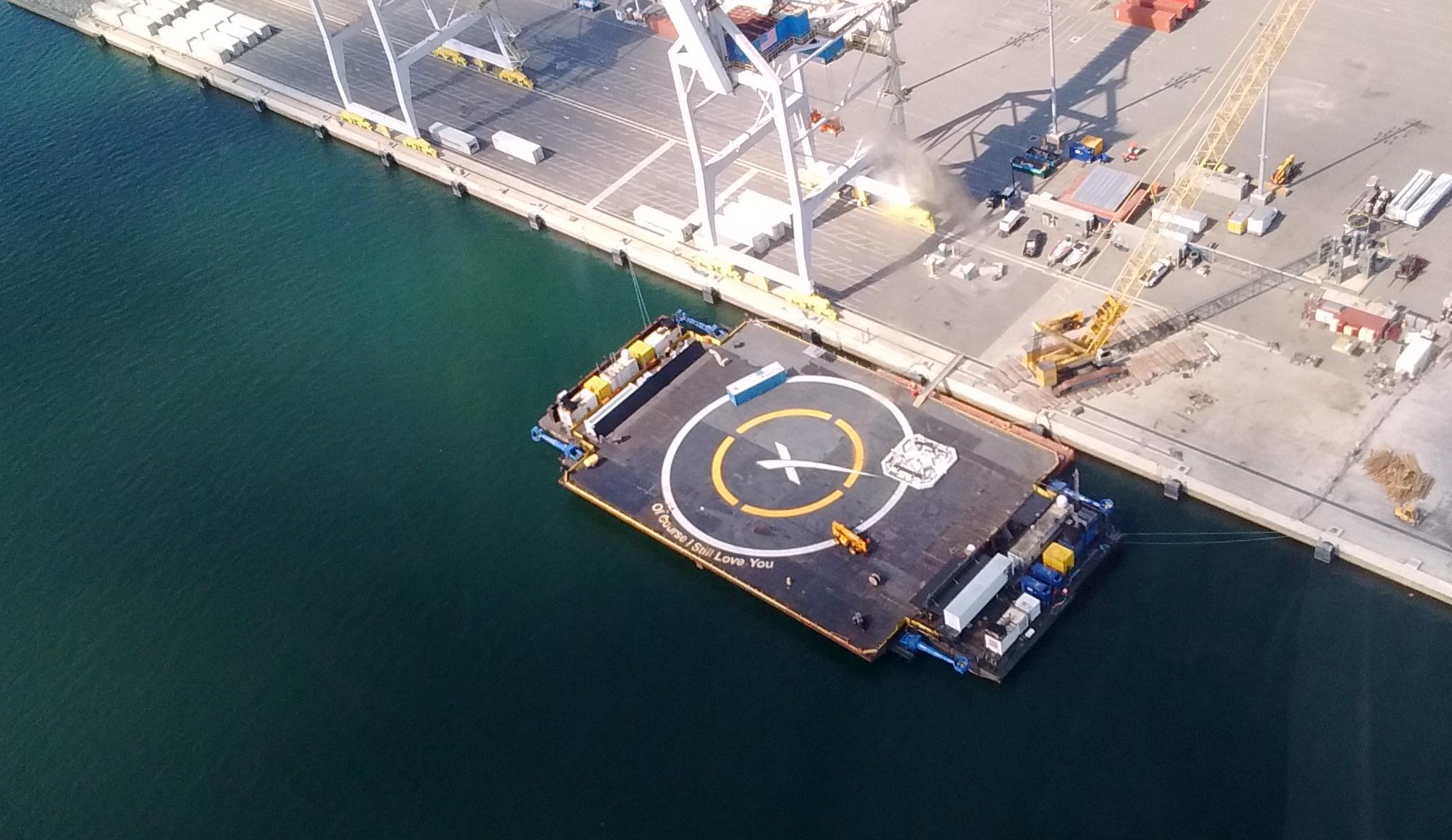 Just shy of three weeks since SpaceX’s last launch and the better part of half a year since the last successful ocean recovery, both of the company’s drone ships have been spotted in recent weeks being refurbished, refitted, and prepared for a return to the ocean.

The unusual drought of drone ship landings was nearly brought to an end in early March, but that recovery attempt – following the successful launch of Hispasat 30W-6 – was precluded by extreme weather in the landing zone, forcing booster 1044 to soft-land in the Atlantic with a swan call of landing legs and titanium grid fins. Several weeks before 1044’s demise, the inaugural launch of Falcon Heavy also saw the first failed booster recovery attempt since June 2016, ending a successful streak of 17 flawless Falcon 9 recoveries – though both side boosters did manage a spectacular, synchronized landing at LZs 1 and 2.

Before the Falcon Heavy attempt, East coast drone ship Of Course I Still Love You (OCISLY) successfully recovered a Falcon 9 booster for the last time in late October 2017, a handful of weeks after the successful recovery of SES-11 – the source of a small fire that famously destroyed SpaceX’s robotic stage securer, nicknamed Roomba or Octagrabber. Over the several months, since it was damaged, Octagrabber has gradually undergone refurbishment at SpaceX’s Port Canaveral berth, most recently appearing back on OCISLY for post-refurb testing.

With the introduction of Falcon 9 Block 5 presumably a month or less away, the days of expending once flight-proven boosters will almost certainly be over, aside from missions that truly require the booster’s full performance. As discussed yesterday, regardless of whether Block 5 is truly ready for the limelight, SpaceX is no more than two months away from effectively running out of all older boosters: the once-flown B1045 (TESS) will likely be the only flight-worthy heritage booster remaining by early May. In other words, every single SpaceX launch in the second half of 2018 is all but guaranteed to attempt recovery, either by land or sea.

OCISLY as seen by Tom Cross on March 5, readying for a busy future of rocket recoveries. (Tom Cross) 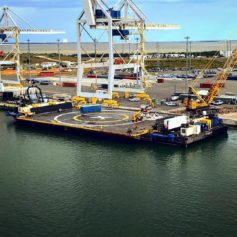 Roomba was spied aboard OCISLY for the first time in months earlier this month. (Instagram /u/grimlok77)

OCISLY is effectively prepared to support these upcoming recovery attempts, and its Octagrabber may be as well. However, OCISLY was reportedly damaged by Falcon Heavy’s center core, despite the fact that it quite visibly missed the drone ship. Presumably, the forlorn booster acted as a sort of depth charge, thus damaging beyond repair the drone ship’s sensitive maneuvering and station-keeping thrusters. Before Falcon Heavy, it’s likely that the same fire that burned Octagrabber also damaged the hydraulic systems of one or several of OCISLY’s thrusters. These conclusions are supported by the fact that SpaceX’s West coast drone ship, Just Read The Instructions (JRTI), has visibly been stripped of its functional thrusters, presumably used to keep OCISLY operational in anticipation of Falcon Heavy and later Hispasat 30W-6.

Mr Steven, SpaceX’s only current fairing recovery vessel, has also been spotted conducting some sort of sea trials just off the shore of Port of San Pedro and LA, presumably honing recovery operations and giving its pilots time to practice catching fairings. Following the launch of PAZ and SpaceX’s own prototype Starlink satellites, the company managed its first-ever intact fairing recovery, although it missed Mr Steven’s net by a few hundred feet. As stated by Musk, it should be relatively easy to go from missing by a few hundred feet to successfully catching the fairing, and it’s likely that the imminent launch of Iridium-5 (7:19 am PDT, March 29) will attempt to close that gap and actually catch a fairing halve. On the other hand, the booster – flight-proven during the October 2017 launch of Iridium-3 – will likely soft-land in the Pacific Ocean because JRTI is currently unable to support ocean recoveries, lacking two of its four thrusters. 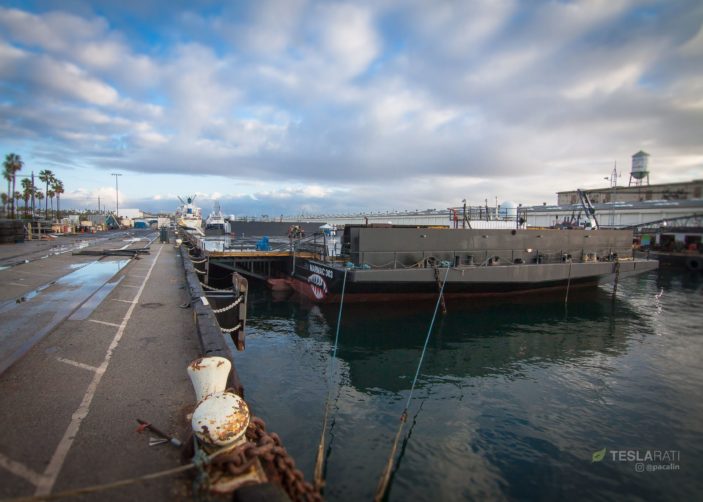 Teslarati photographer Pauline Acalin took a trip down to Port of San Pedro to check up on JRTI, March 25. (Pauline Acalin) 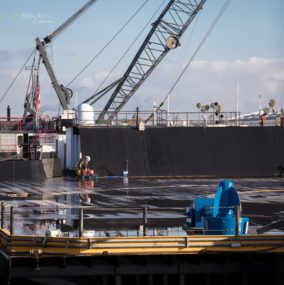 Note one of JRTI’s thrusters here, quite clearly not installed. A second one sits just out of sight on the right. (Pauline Acalin) 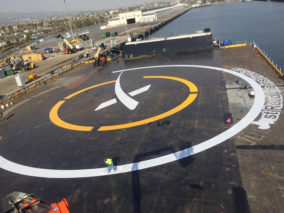