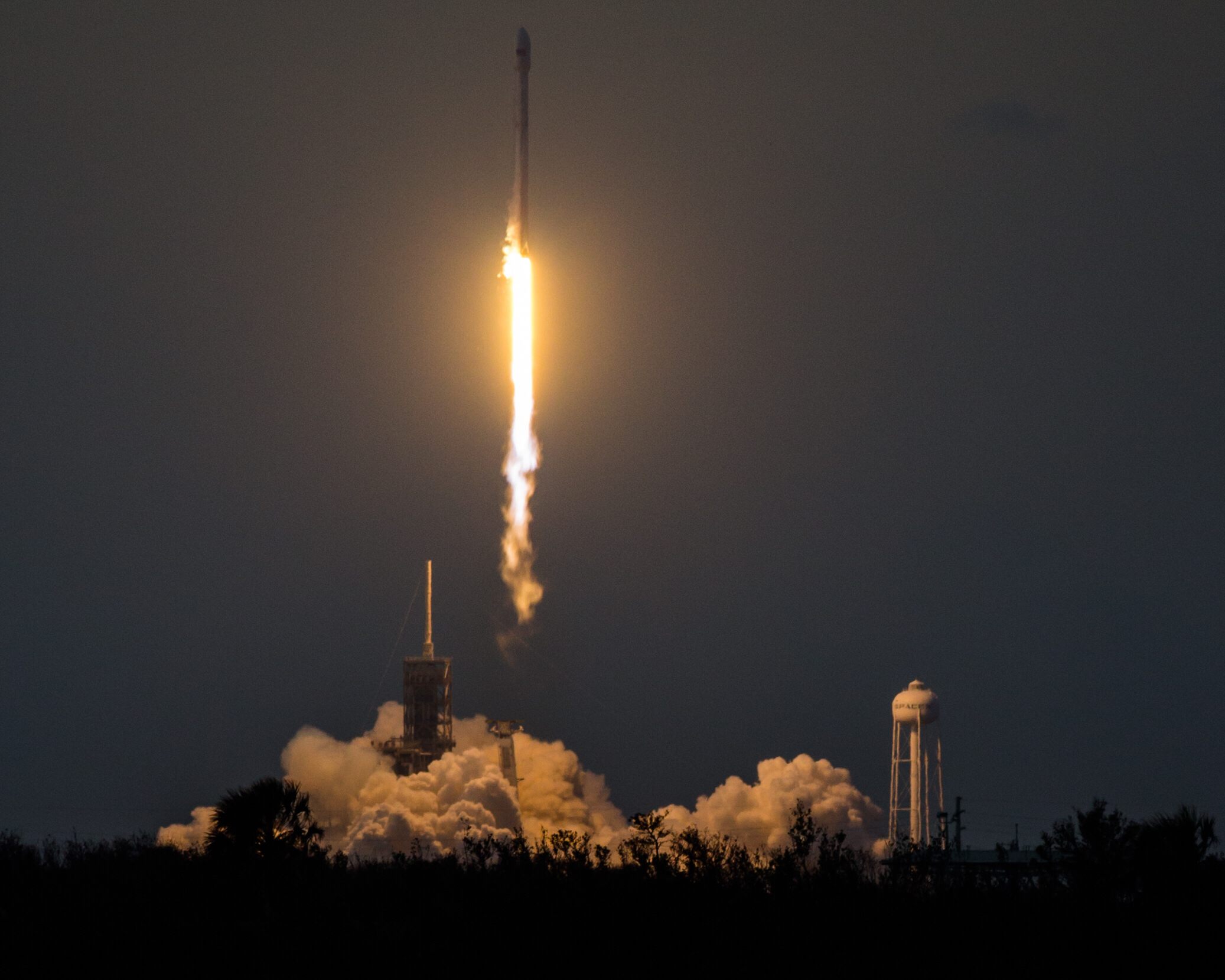 SpaceX has once more accomplished what the launch industry long dismissed as infeasible, conducting their third commercial reuse of a recovered Falcon 9 booster. This particular mission was tasked with launching the 5,200 kg SES-11/Echostar 105 communications satellite into a geostationary transfer orbit. Once it makes its way into the final geostationary orbit, the satellite can be expected to provide communications services to North America in the form of digital television.

After the Falcon 9 booster separated from the second stage, it conducted a rapid 180 degree flip in order to orient itself towards the landing target, an autonomous spaceport drone ship (ASDS) stationed several hundred miles East of the Kennedy Space Center. The hypersonic booster then slowed itself down from roughly 5,000 mph with a series of two burns, culminating in the stage’s second recovery after an orbital-class launch. The booster, 1031, was previously tasked with launching the 10th cargo Dragon mission to the ISS, later landing at SpaceX’s land-based LZ-1 pad in February 2017. 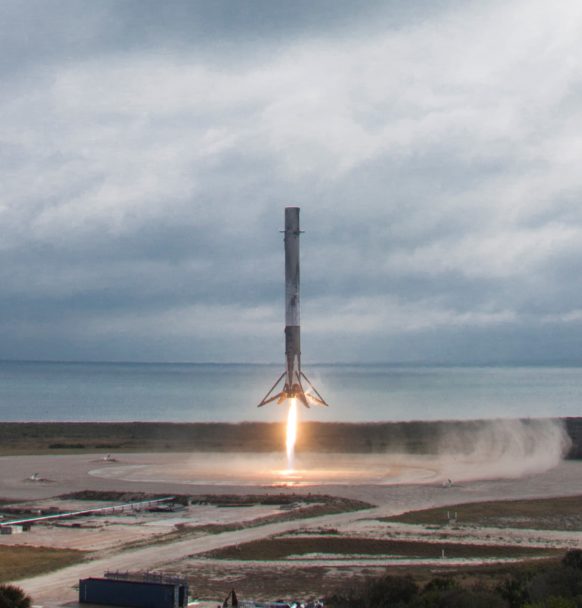 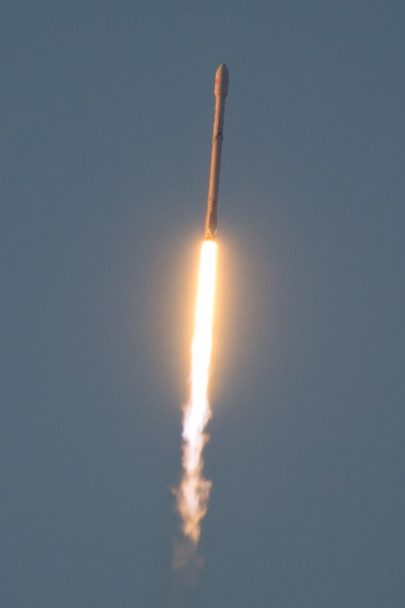 This time around, 1031 got a taste of the ocean while landing aboard Of Course I Still Love You (OCISLY), despite sea conditions that were deemed relatively rough and stormy. It is unlikely that 1031 will ever launch again, as it is a Block 3 Falcon 9 and thus intended to only be reused once or twice. Nevertheless, this core will add to SpaceX’s ever-growing fleet of both operational and decommissioned Falcon 9 cores, most of which are stored in and around SpaceX’s Florida facilities.

This landing and recovery was  quite possibly the most dramatic yet for SpaceX. While rapidly reentering into Earth’s thickening atmosphere, the stage experienced extraordinary heating that resulted in the aluminum grid fins nearly glowing white, and the same camera caught gorgeous interplay between ionizing gases coming off the stage and its final landing burn. For a solid minute thereafter, ground control lost the video feed from the first stage, seemingly foreshadowing the core’s untimely demise. However, cameras aboard OCISLY maintained their live coverage and revealed the stage’s successful landing aboard the drone ship soon after. 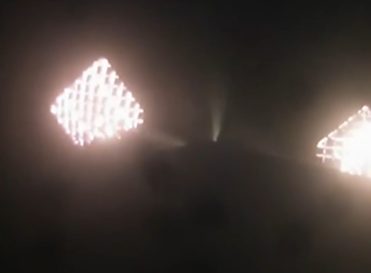 A gorgeous view of Earth’s curvature and orbital sunset. (SpaceX)

The second stage continued to orbit, coincidentally catching an incredible view of the sun setting behind Earth’s limb just before its first orbital insertion burn ended. After a coast period of some 20 minutes, the second stage reignited to boost the SES-11/EchoStar 105 satellite into its final transfer orbit, after which the satellite separated from the stage and continued on its way. The Falcon 9 second stage will eventually reenter Earth’s atmosphere and break apart before impacting the ocean, a process that may be expedited if the vehicle has enough residual fuel to hasten the orbital decay.

Put simply, SES-11/EchoStar 105 demonstrates SpaceX’s growing consistency and the resounding success they are having with the routinization of rapid launch cadence and commercially reusable rockets. The mission is the company’s 15th in 2017 alone, as well as the 12th successful recovery of a first stage this year and the 18th successful recovery total. More importantly, its launch was the third commercial reuse of a Falcon 9 first stage, paving the way for future reuses as the endeavor’s record of success continues without flaw. 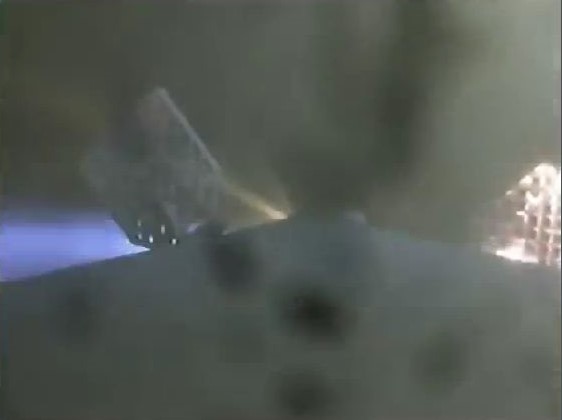 Another example of the intense reentry this Falcon 9 experience during its recovery. (SpaceX) 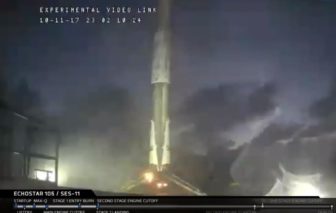 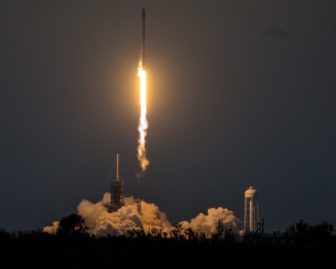 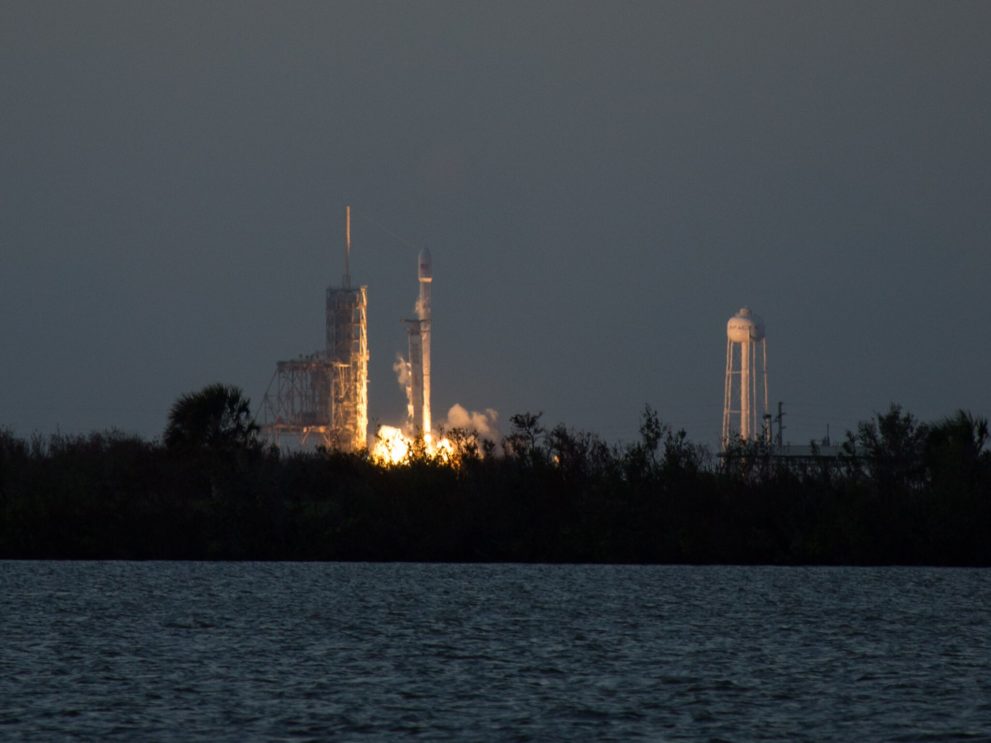