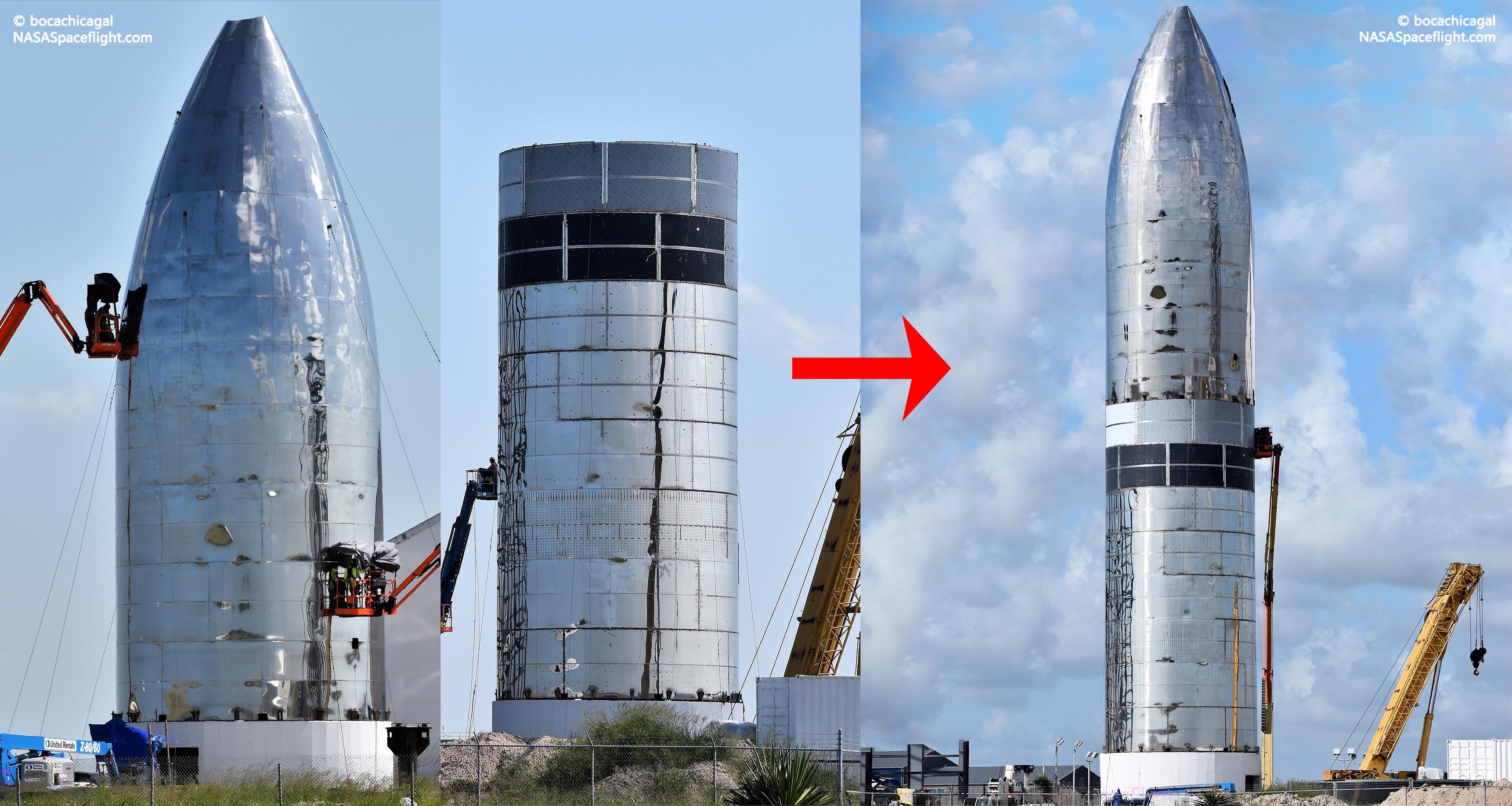 According to SpaceX CEO Elon Musk, one or both of the company’s two orbital Starship prototypes could be “ready to fly” – or nearly so – by the end of August. Even if Musk is off by one or several months, it would still make for a spectacular achievement.

The focus of the conversation that led Musk to the classic Musk-time prediction was the topic of a long-promised presentation on SpaceX’s Starship program. Although just a few weeks shy of the usual schedule, 2019’s presentation – set for August 24th in Boca Chica, Texas – more or less follows an annual September update tradition that Musk has consistently followed since 2016. Each year, Musk has given the public a glimpse into the constantly evolving process of designing SpaceX’s next-generation Mars-bound rocket. Despite the tradition’s consistency, 2019 is simply different.

Towers of steel, pillars of flame

Setting 2019 apart from its 2016-2018 predecessors are several profound realities. First and foremost, SpaceX is building and testing full-scale Raptor engines and completed what is technically the engine’s first flight as part of Starhopper’s untethered hop debut on July 25th. In fact, Starhopper’s second flight – a significantly more ambitious 200-meter (660 ft) flight is expected to occur as early as Monday, August 12th.

Starhopper, however, is just a low-fidelity testbed. This leads to the second significant difference between 2019 and previous ITS/BFR/Starship updates: described by Musk as the first orbital Starship prototypes (Starship Mk 1), SpaceX has made some truly spectacular progress building two orbital-class prototypes simultaneously, one in Boca Chica and the other in Cocoa, Florida.

Having effectively demonstrated that the sheer insanity of building rocket-grade hardware out in the open in a less-than-pleasant climate (i.e. Texas/Florida) can technically produce flight hardware (Starhopper), SpaceX engineers and technicians have designed, built, stacked, and welded hundreds of feet of stainless steel. The two Starship prototypes currently sit in four separate pieces (two barrel sections and two pointed nose sections) and would each stand roughly 45-50m (145-165 ft) tall if stacked today. Based on official September 2018 specs, this translates to just 10-20% shy of their full height.

In short, 2019 stands apart because SpaceX is unequivocally building and testing multiple flight vehicles and multiple full-scale Raptor engines in a highly visible fashion, allowing just about anyone with a camera and/or eyes to capture and watch the progress being made. Elon Musk appears to be more optimistic than ever and has – along with other SpaceX executives – begun to hint that Starship could reach orbit as early as this year or early 2020.

Stay tuned, as there is an excellent chance that Musk’s 2019 SpaceX presentation is going to best yet.