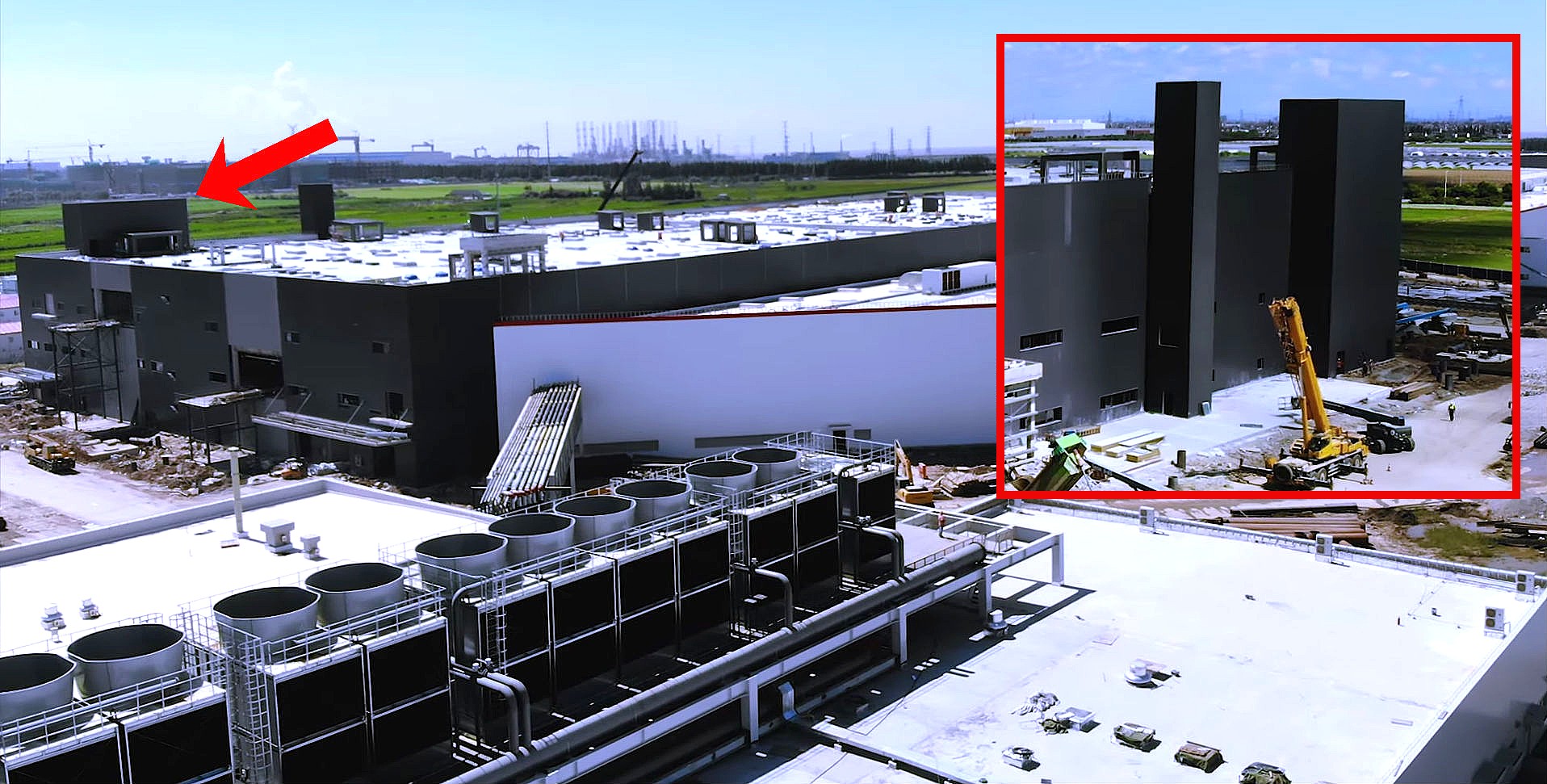 The buildout of Tesla’s Gigafactory 3 in Shanghai continues to be impressive, with the facility and its surrounding complex showing more progress with every new update. This is particularly evident in the site’s general assembly building, which is looking more and more like one of Tesla’s iconic factories in the United States. Interestingly enough, workers in Gigafactory 3 have begun building a couple of structures at the northern end of the facility, both of which are notably taller than the rest of the main factory.

The structures became evident in recent drone flyovers, particularly as workers began covering the final exposed portions of Gigafactory 3. Neither Tesla China nor local news agencies have revealed what the tall structures are, though, their height suggests that they might be used as towers (perhaps for elevators?) for the electric vehicle production facility.

With the Tesla community being familiar with Elon Musk’s love of science fiction, some promptly observed that the structures looked strangely similar to the Monoliths in Arthur C. Clarke’s Space Odyssey series. One of the towers definitely looks the part, from its solid black paint to its overall proportions. Whether the tower’s design is but a coincidence or yet another Easter Egg from Elon Musk will likely remain unknown, but it is difficult to deny that the structures are a nice touch to the massive facility.

The Monoliths are among the most notable structures in the Space Odyssey series. Varying in size but always always taking the form of a mysterious black slab, the Monoliths are capable of many different functions. TMA-0, a Monolith discovered in Africa, was even described in the franchise’s lore as the catalyst for evolution. All the Monoliths in Clarke’s world maintain a 1:4:9 dimensional ratio, which does not seem to be true for the tower in Gigafactory 3. Then again, it is not too difficult to imagine Elon Musk or the Tesla team adding the monolithic towers at Gigafactory 3 as a fun, lighthearted reference to the iconic sci-fi series. Such would be on-character for Tesla, being a carmaker whose vehicles’ volumes go up to 11 (a reference to This is Spinal Tap), and whose mobile app has a Back to the Future Easter Egg.

Potential Easter Eggs and sci-fi references aside, Gigafactory 3 continues to be built at a rapid rate. The site continues to enjoy notable support from the government, as shown by the close monitoring of Gigafactory 3’s progress by high-ranking officials. Less than two weeks ago, the Gigafactory 3 complex was graced by Shanghai Party Secretary Li Qiang, and more recently, reports have also mentioned that the Shanghai Mayor paid a visit to Tesla’s construction site. Local news agencies have also reported that Tesla’s first batch of Gigafactory 3 employees are expected to start their work at the facility by the end of July.

Tesla CEO Elon Musk expects Gigafactory 3 to start the initial production of the Model 3 before the end of the year. While this is already very ambitious considering that the facility only broke ground in January, reports from China have pointed to the possibility of initial Model 3 production beginning as early as September, barring any unexpected delays. Chinese media appears to be supporting this narrative, and based on images of Gigafactory 3 that were shared by Tesla in its update letter, a September initial run for the Model 3 might be more feasible than expected.

Watch the latest flyover of Tesla’s Gigafactory 3 complex in the video below.