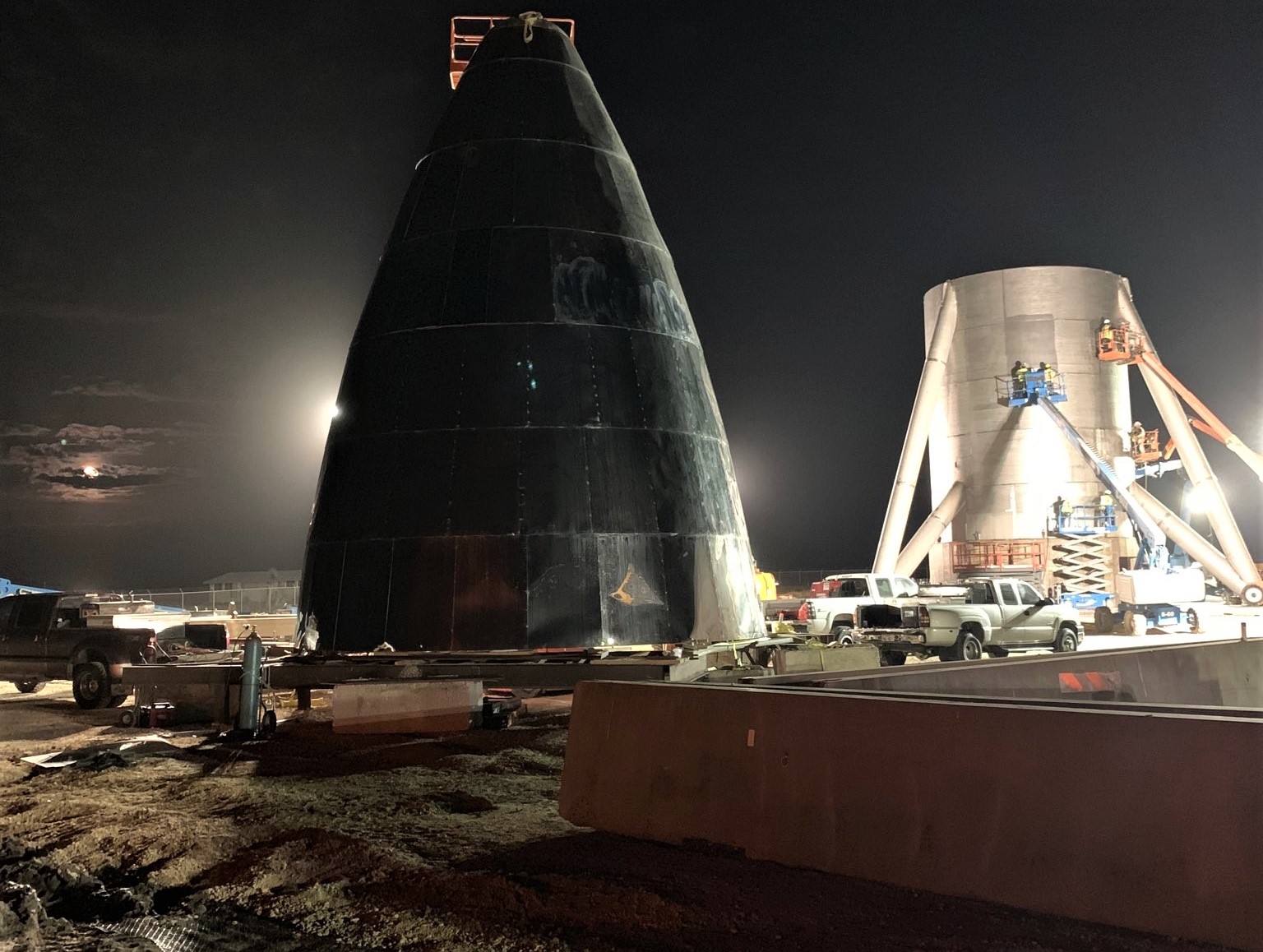 Included in a handful of replies that followed the tweeted image, Musk described some of the key advantages of a stainless steel Starship – including mirror-like thermal reflectivity for hot reentries and a “usable” strength-to-mass ratio superior to carbon fiber – as well as features of prototype cousin.

While the CEO did imply on Saturday that the Mars-focused Raptor engine had been what he described as “radically redesigned”, Musk’s statement that the Starship hopper will feature three Raptor engines does at least set a lower bound for the ship’s maximum gross takeoff weight when the time comes for it to take flight.

While the suggestion that Raptor’s turbopumps (basically fuel pumps) would need at least 100,000 HP per engine seems to indicate that the flight design’s thrust has been appreciably uprated, a past figure of ~2000 kN (450,000 lbf) per engine suggests that Starship V0.1 could weigh as much as an entire Falcon 9 Block 5 rocket (~1.2 million pounds, 550,000 kg) and still having a solid 80-100% of Falcon 9’s liftoff thrust. Put simply, the rocket that appears to be coming together in the boonies of South Texas could rival almost any other liquid fuel rocket booster in service, while still being the testbed for BFR’s upper stage alone.

While it’s ambiguous if several additional comments applied to the Starship prototype, the final product, or both, Musk also indicated that some of the biggest benefits of a shift away from carbon composites to stainless steel would be relative ease with which the material handles extreme heating. Thanks to the fact that stainless steel can ultimately be polished to mirror-like levels of reflectivity and that mirrors are some of the most efficient reflectors of thermal energy (heat), shiny and unpainted steel would ultimately perform far better than carbon composites and could end up requiring “much less” heat shielding for the same performance. 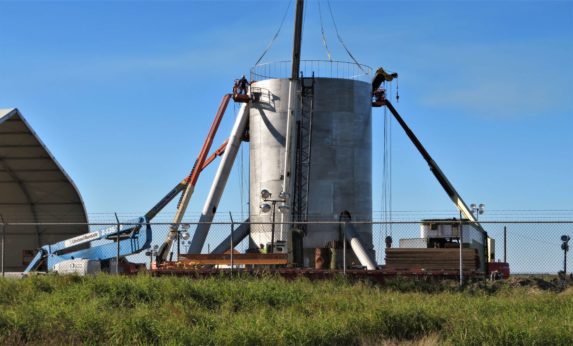 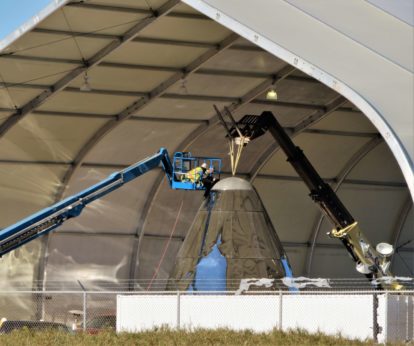 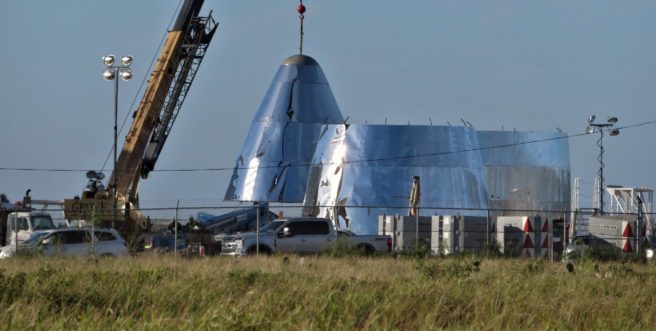 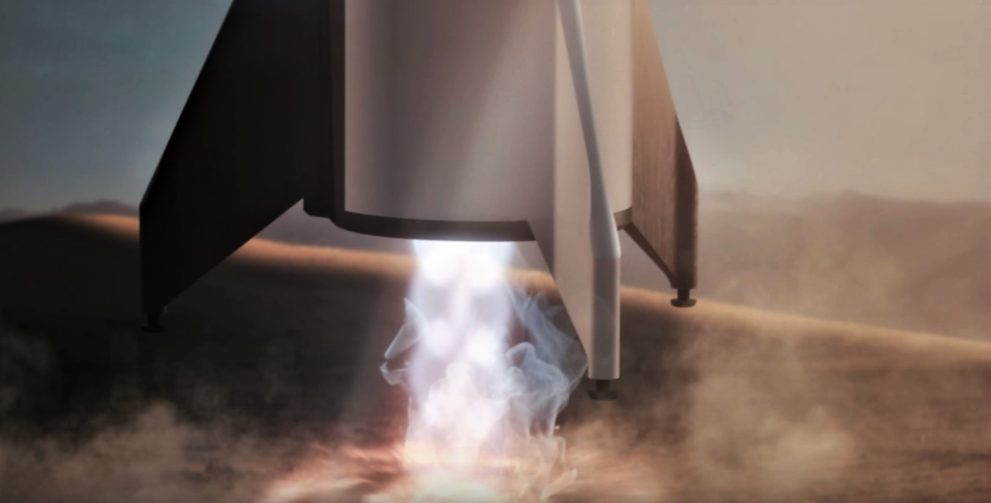 Perhaps most unintuitive is the fact that steel can apparently beat carbon composites when it comes to usable strength-to-weight ratios at supercool temperatures. According to Musk, steel also performs “vastly better” at high temperatures and appreciably better at room temperatures. A comment made on Saturday may lend additional credence to what seems at face value to contradict basic material intuition –  at least some of the stainless steel SpaceX is examing would be a special (presumably SpaceX-engineered) alloy that has undergone what is known as cryogenic treatment, in which metals are subjected to extremely cold conditions to create some seriously unintuitive properties. Ultimately, cold-formed/worked or cryo-treated steel can be dramatically lighter and more wear-resistant than traditional hot-rolled steel.

Combined with advanced new alloys and a uniquely strong handle on working with supercool propellant (likely transferable to cold-forming steel), SpaceX and CEO Elon Musk could have a true breakthrough on their hands, especially if it turns out that a great deal of deep thought, analysis, and refinement fed into these “radical” design changes. With Starship Alpha’s hop tests potentially beginning as early as March 2019, we won’t have long to wait to find out.