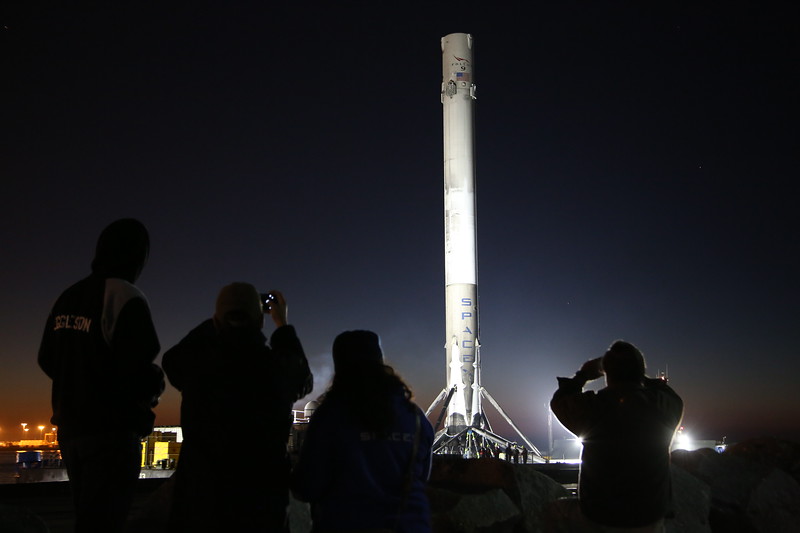 The Port of Los Angeles Board of Harbor Commissioners will vote Thursday on a SpaceX request to double the space it leases at San Pedro’s outer harbor at the AltaSea marine research facility. All signs are that the petition will be approved.

Space Exploration Technologies Corp. wants to lease 4.6 acres of land and water area along harbor berths 51 to 53 for $23,735 a month, plus insurance and any incidental costs. In addition to extra space, the lease agreement would permit the company to have berthing rights. Some small construction would be involved, too, such as erecting a chain-link fence around the property, creating a concrete rocket-support pedestal, adding an office trailer, building a guard shack, and installing portable restrooms.

In 2016, the San Pedro port and SpaceX entered into their first contract, which was designated to devote two acres to safekeep equipment and store the company’s “Just Read the Instructions” drone ship barge used for the recovery of rockets landing at sea.

SpaceX is the world’s fastest-growing provider of launch services and has over 70 future missions on its manifest, representing over $10 billion in contracts. These include commercial satellite launches as well as NASA and other U.S. government missions.

The company was founded by billionaire CEO Elon Musk in 2002 to revolutionize space technology, with the ultimate goal of enabling people to live on other planets. The company has gained worldwide attention for a series of historic milestones.

What’s ahead for SpaceX and the San Pedro site?

SpaceX plans at least six launches from Vandenberg Air Force Base through 2018. These need at-sea landings, so the San Pedro site will be much in demand for the Hawthorne, CA company’s rocket storage. Additionally, SpaceX company officials have indicated that they intend to launch every two weeks from bases in Florida and California. Thus, the company’s need to park and handle recovered space equipment makes the San Pedro expansion an important element of the company’s future plans.