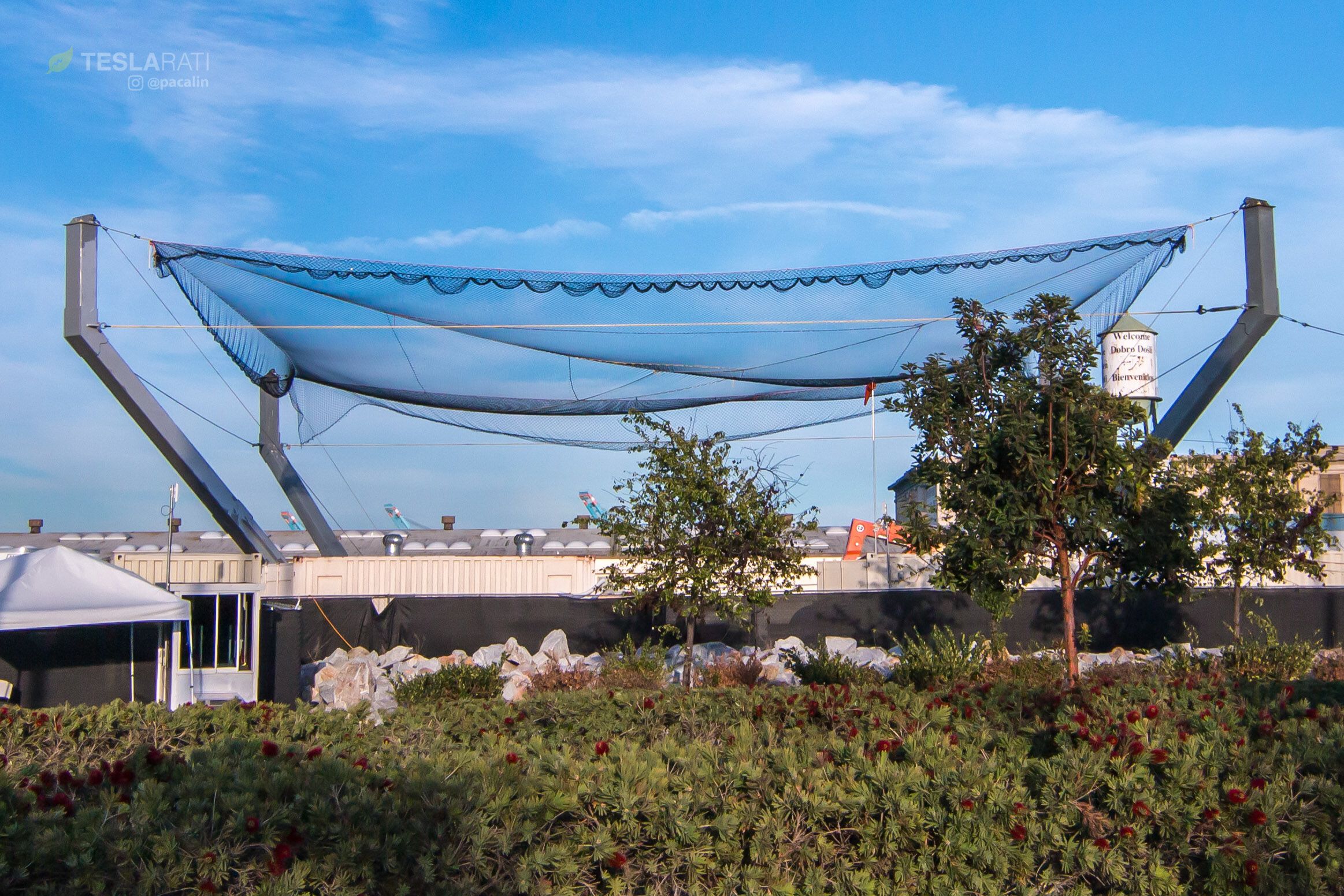 SpaceX's Mr Steven spied in the Port of San Pedro with a brand new net. Mr Steven will attempt to catch a Falcon 9 payload fairing as early as Wednesday, Feb. 21. (Pauline Acalin/Teslarati)

Teslarati’s West coast photographer Pauline Acalin has captured some amazing photos of one of SpaceX’s most immediately recognizable fairing recovery vessels berthed in the Port of San Pedro. For the first time ever, the vessel (officially named Mr. Steven) has had its iconic claw rigged with a massive net intended to gently capture Falcon 9 payload fairings.

SpaceX has been trying in earnest to recover its rockets’ fairings for approximately one year, but has yet to recover a fairing intact. While the company appeared to have recovered at least one large fragment on the East coast, success has proven elusive, and CEO Elon Musk noted in press conferences before and after Falcon Heavy’s inaugural launch that the task had proven more difficult than was anticipated. Despite the difficulties, SpaceX has no intention of surrendering their valuable fairings (a $5 million pallet of cash, as Musk once joked) to the sea. 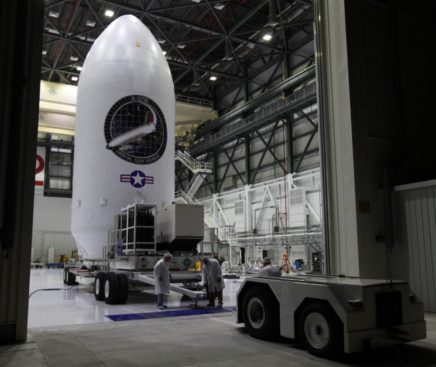 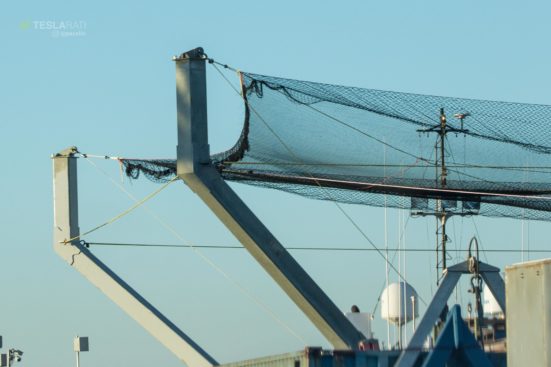 Along with the imminent introduction of SpaceX’s upgraded “Fairing 2.0” on the upcoming Wednesday launch of PAZ, chances of a successful fairing recovery are almost certainly higher than ever before. While SpaceX and CEO Musk has only revealed that the upgraded fairing is somewhat larger than its predecessor, it can also be more or less guaranteed that its aforementioned upgrades go well beyond larger dimensions, likely extending into improved reusability hardware, greater ease of manufacture, and much more. This should come as no surprise – SpaceX has a long and storied history of making constant, iterative improvements to all aspects of itself, be it hardware, software, design, or manufacturing.

Enter Mr. Steven’s fancy new netting. While no bouncy castle, a highly maneuverable vessel with an effortlessly reusable net is arguably far superior to a dead-in-the-water piece of inflatable plastic. As the fairing (theoretically) floats gently down to the surface of the ocean under its guided parachute, Mr. Steven’s coxswain will be tasked with skillfully maneuvering the boat to account for any the sea state and any winds in order to maintain its position at the fairing’s destination. If all goes well, at least half of Falcon 9’s payload fairing will gently drop into Mr. Steven’s net, marking SpaceX’s first successful recovery. If things don’t go exactly as planned, a 1000kg hunk of metal and composite could theoretically smash into poor Mr. Steven at an unhealthy velocity. However, things are looking considerably more positive this time around.

By all appearances, SpaceX has retained the same general strategy of fairing recovery mentioned in the past by Musk and other executives. To oversimplify, after launch, the payload fairing separates (mechanically) from the second stage once Falcon 9 or Heavy has left behind the majority of Earth’s atmosphere. After separation, each fairing half orients itself for a gentler reentry into the atmosphere with cold nitrogen gas thrusters, likely the exact same thrusters used in part to achieve Falcon 9’s accurate and reliable landings. Due to their massive surface area and comparatively tiny weight, fairing halves effectively become exceptionally finicky and awkward sails falling through the atmosphere at insane velocities, with the goal generally being to orient each half like a boat’s hull to provide some stability. Once they are low enough, assuming they’ve survived the journey from TEN TIMES THE SPEED OF SOUND and 62 MILES above Earth’s surface to a more reasonable ~Mach 0.5 and maybe 5 miles of altitude, the fun parts begin. At this point, each fairing half deploys a GPS-connected parachute system (a parasail, to be exact) capable of directing the massive hunks of carbon fiber and aluminum to a very specific point on the surface of the ocean.

Successful fairing recovery would quite literally entail an immediate cost reduction of as much as 10% of a Falcon 9’s entire advertised launch price, ~$6 million. For recovery of a single half, that figure is of course…halved, but $3 million is still an impressive instantaneous cost reduction. It’s unclear how SpaceX eventually intends to recover both halves of the fairing – a Mr. Steven sibling, perhaps? – but that is a problem for future SpaceX!

Mr. Steven and his net are likely to get their first taste of action in just two days – PAZ and two of SpaceX’s very own prototype internet satellites are set to launch at 6:17 am PST on Wednesday, February 21. Stay tuned for a link to SpaceX’s official webcast and follow us on social media for down-to-the-minute updates.