Mr. Steven shows off an odd new mini-net 24 hours before heading out to sea. (Pauline Acalin)

On the tail of the SpaceX’s fourth or fifth controlled fairing drop test, a series of tests that coincided with Mr. Steven attempting no recovery during the last West Coast launch, it’s possible that SpaceX engineers now believe the company is ready to successfully catch a fairing after an actual Falcon 9 launch. If so, the twice-flown Falcon 9’s third launch – with Spaceflight’s SSO-A satellite rideshare mission in tow – is the best chance yet for SpaceX to take its last critical step towards fairing reusability.

Good News and Bad News! Firstly, launch is pushed back a day till the 3rd. The good news is that Mr Steven's destination is set to SSO-A and might make a catch attempt! pic.twitter.com/3FNvifyRPX

Over the last four months, Mr. Steven’s crew of SpaceX and GO engineers and technicians have gradually introduced significant modifications to the vessel’s fairing recovery hardware, including major changes to the net’s motorized rigging, the installation of a curious lone arm on his bow, and – most recently – an odd mini-net that appears to be able to move around the gap  between Mr. Steven’s main net and deck.

Aside from extensive (albeit subtle) hardware modifications, SpaceX workers conducted no less than four dedicated fairing drop tests, in which a helicopter would lift a specially-modified Falcon fairing half, releasing it around 10,000 feet so that it could deploy its parafoil and glide towards attempted soft landings in Mr. Steven’s net. While it’s almost impossible to know without official confirmation whether any drop test actually occurred, the fairing half involved clearly survived each trip out to sea and is currently stationed out of the way at SpaceX’s Berth 240 facilities.

At one point, the recognizable test-specific fairing half did return to port in Mr. Steven’s net and remained there overnight, perhaps indicating that SpaceX saw some success with its experimental drop-and-catch tests. A step further, while it’s fairly easy to literally discern the changes made to Mr. Steven over the last several months, it’s impossible to know just how much the fairing’s own guidance and navigation computers (GNC) and aerodynamic control surfaces (a steerable parafoil) factored into several failed recovery attempts after launches.

More likely than not, Mr. Steven is no more responsible for ensuring fairings are caught than SpaceX’s drone ships are for Falcon 9 booster landings – the most they can typically do is be in the right spot at the right time, although Mr. Steven does admittedly have a bit more flexibility to adjust his net’s position at the last second. Given that SpaceX intentionally avoided a fairing recovery attempt during October 7’s West Coast Falcon 9 launch, choosing instead to travel to the vicinity of Catalina Island for controlled experiments, it seems improbable that SpaceX would attempt another post-launch fairing recovery unless if the program’s engineers hadn’t gained some level of additional confidence. 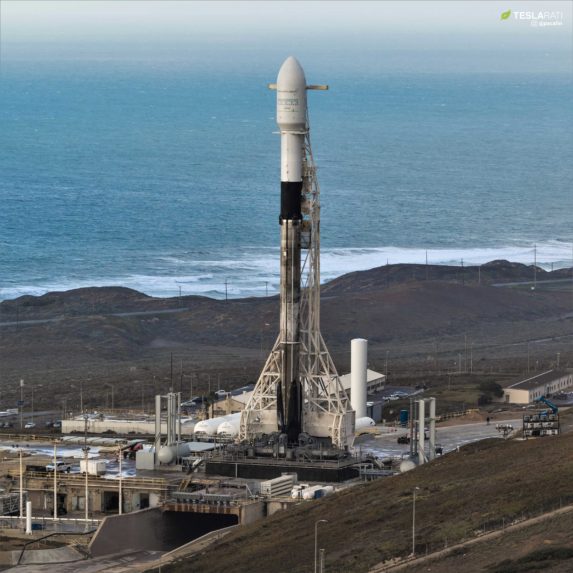 A very sooty B1046 is – fingers crossed – at long last ready for its third flight after almost three weeks of delays. (Pauline Acalin) 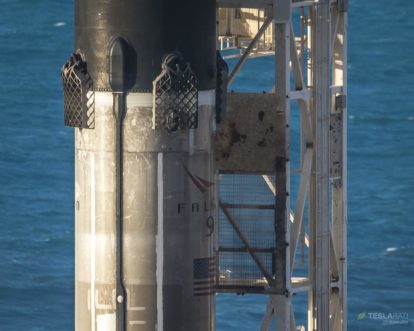 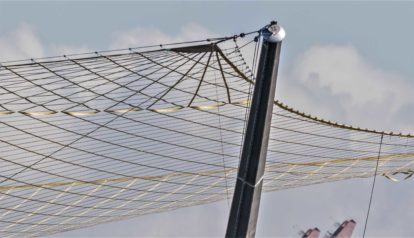 Mr. Steven’s main net has sprouting a forest of additional rigging over the last month or two. (Pauline Acalin) 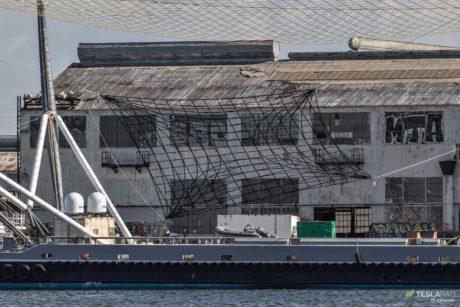 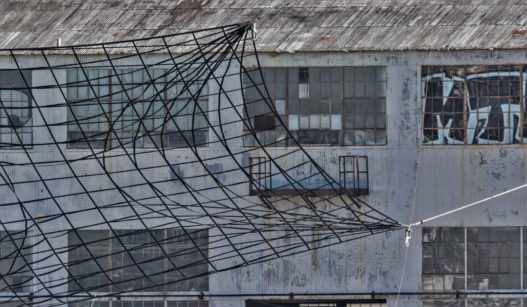 What dat net do?

As such, the launch of SSO-A – already a milestone by thanks to its twice-flown Falcon 9 booster – may also be SpaceX’s best chance yet at successfully catching a Falcon 9 payload fairing in Mr. Steven’s net. Questions remain, of course. What does his cabled unicorn horn accomplish? Why the recent installation of a tiny secondary net? What exactly has Mr. Steven been up to lately in the Pacific Ocean? Who knows, but make sure to watch SpaceX’s launch attempt – NET 10:32 am PST (17:32 UTC) December 3rd – live tomorrow.