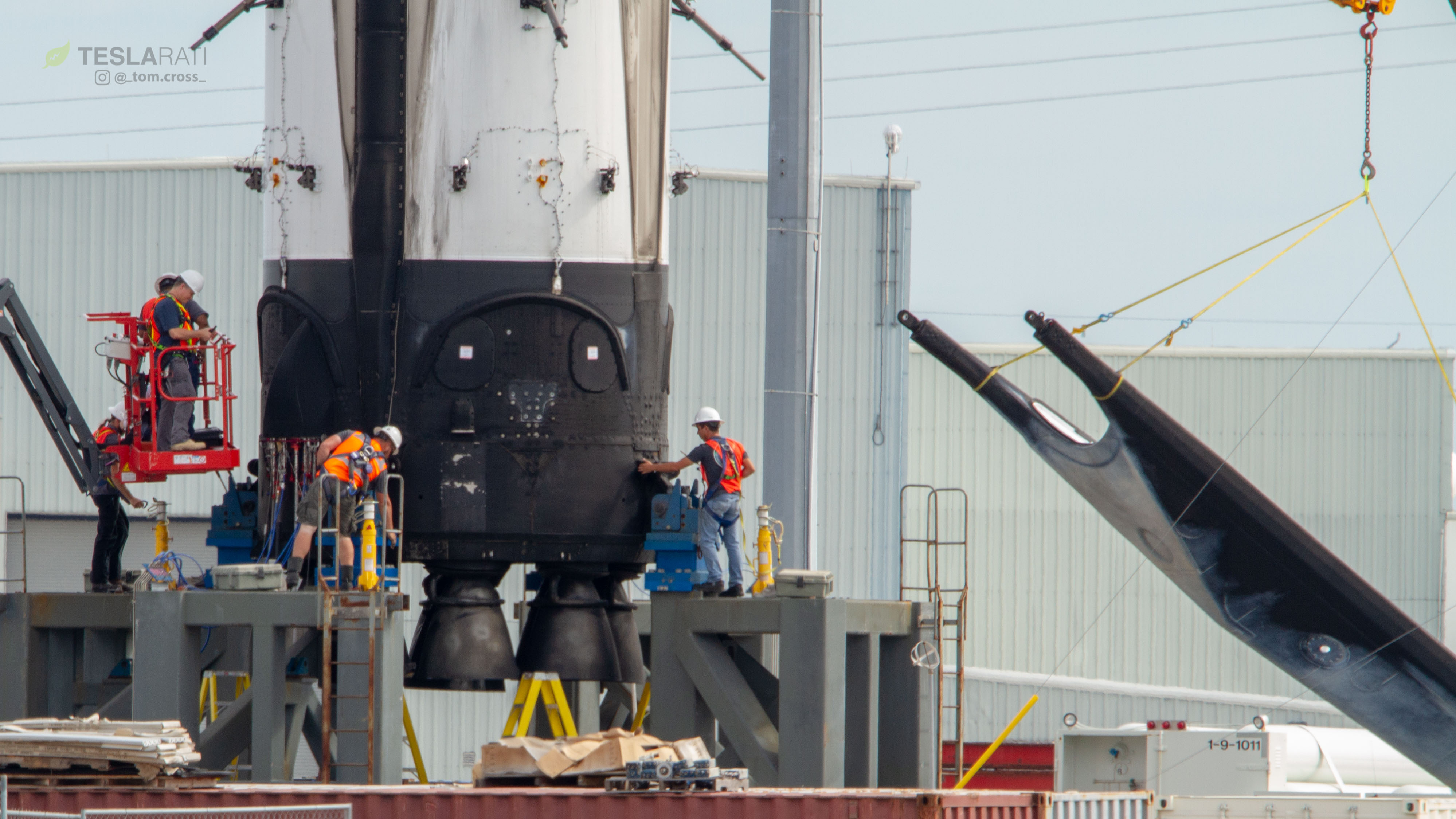 Teslarati photographer Tom Cross has captured SpaceX technicians removing the landing legs from the first Falcon 9 Block 5 booster, signaling that the end of recovery operations are near.

Of note, it appears that SpaceX chose to conduct this recovery much like previous ones by removing the rocket’s legs instead of retracting them, a feature of the Block 5 upgrade prominently noted by CEO Elon Musk and other company officials. A brief time-lapse shows workers carefully removing the legs in a well-worn ballet of heavy machinery, skirting around the massive rocket with expertise developed over the better part of two years of sea and land recoveries of Falcon 9 and Falcon Heavy boosters.

There are a number of possible reasons for SpaceX choosing to remove B1046’s landing legs the ‘old-fashioned’ way, most relating to the fact that this particular booster is a critical pathfinder for the entire future of Falcon 9 Block 5. Musk described this attitude in a lengthy and detailed prelaunch briefing:

We are going to be very rigorous in taking this rocket apart and confirming our design assumptions to be confident that it is indeed able to be reused without being taken apart. Ironically, we need to take it apart to confirm that it does not need to be taken apart.

Both COO Shotwell and Musk have briefly discussed the new functionality of the upgraded legs in the past few weeks, indicating that they are capable of being rapidly and repeatedly stowed without being removed from the rocket, whereas all past booster reuse has required the slow removable and equally slow reattachment of landing legs, assuming Block 3 and 4 boosters even reuse their same landing legs. At a minimum, Musk’s above comment already makes it clear that SpaceX has no plans to reuse this booster immediately, instead conducting an extremely thorough teardown analysis to verify that wear and tear from high-speed atmospheric reentry is within an acceptable range. 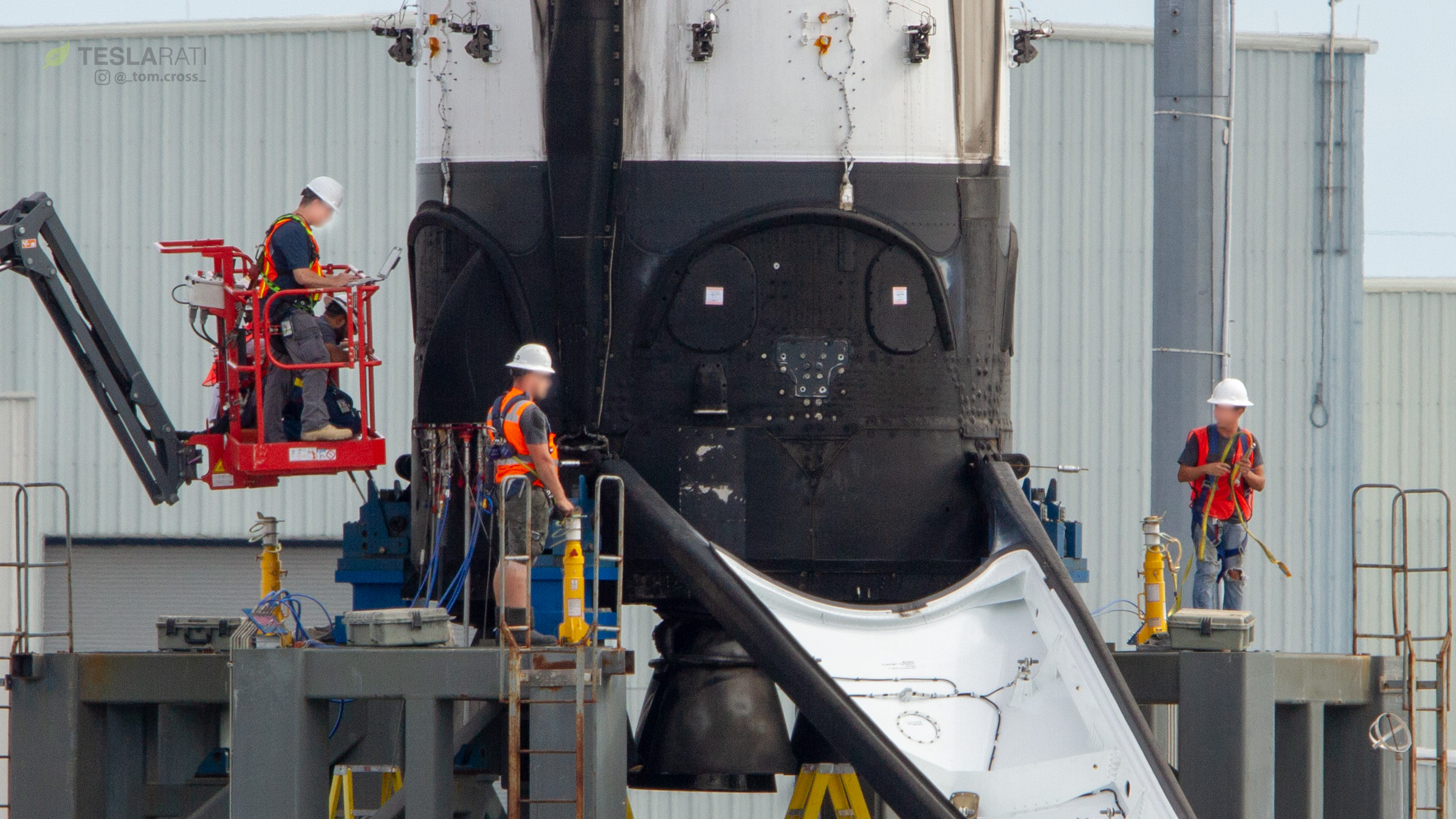 Equally plausible, choosing to remove B1046’s landing legs instead of testing the new retraction mechanisms may better preserve the leg hardware in its post-landing state, providing engineers and technicians cleaner and more representative data. One final obvious possibility is that the process of flight-testing new Block 5 leg hardware caused damage or led to some off-nominal telemetry and other visible faults, thus preventing them from retracting.

Because the next Block 5 booster (B1047) is likely nearing its own debut after a thorough round of testing in Texas, captured by an aerial photographer, SpaceX may be pushing hard to complete its post-landing analysis of B1046 as quickly as possible to make way for the imminent launches of several new boosters. If the company hopes to maintain its impressive 2018 flight rate of one launch every two weeks throughout the rest of the year, they will need to refly Block 5 boosters at least 10 times – the last flight-proven commercial Block 4 launch (CRS-15) is currently scheduled for early July, leaving roughly half of all 2018’s upcoming launches manifested on Block 5 Falcon 9/Heavy rockets. Falcon Heavy’s second launch has in fact been pushed back by several months per The Planetary Society, indicating that the construction of the first Block 5 center booster has taken a back seat to the more pressing concerns of Falcon 9 Block 5 boosters, upper stages, and fairings needed to avoid additional customer launch delays.

B1046’s final landing leg is removed and carried off with a forklift, presumably for teardown analysis at a SpaceX facility. (Tom Cross)

Regardless, the first successful and nearly-complete recovery of a Falcon 9 Block 5 booster marks a huge milestone for SpaceX. So long as the imminent teardown analysis does not reveal anything especially unexpected, the rocket company is quickly closing in on true rapid reuse with Octagrabber/Roomba’s steady routinization of robotic rocket saving, yet another intact fairing half recovery, and the good condition of B1046 after a relatively hot reentry and landing. 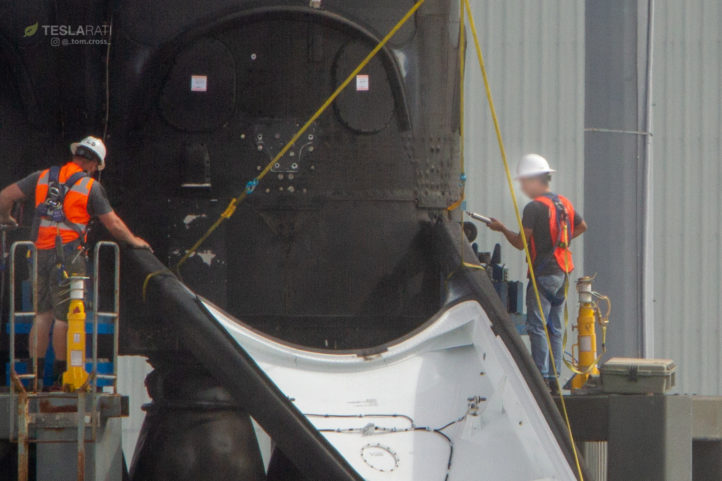 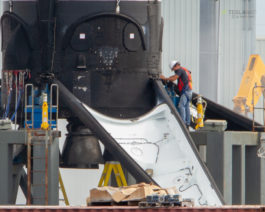 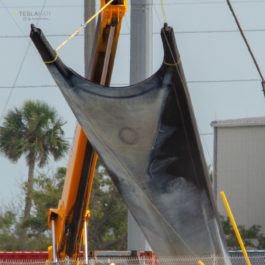 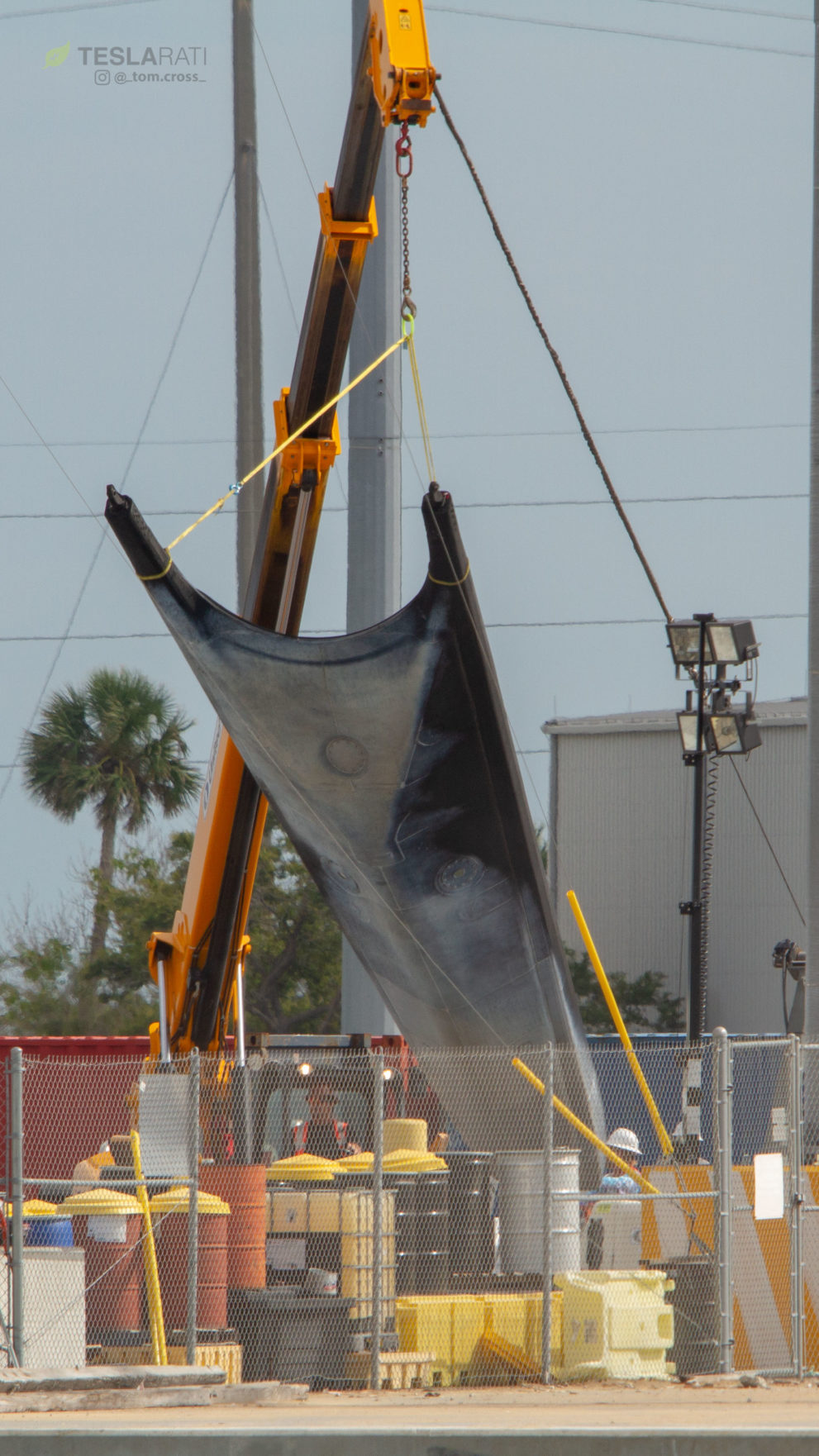