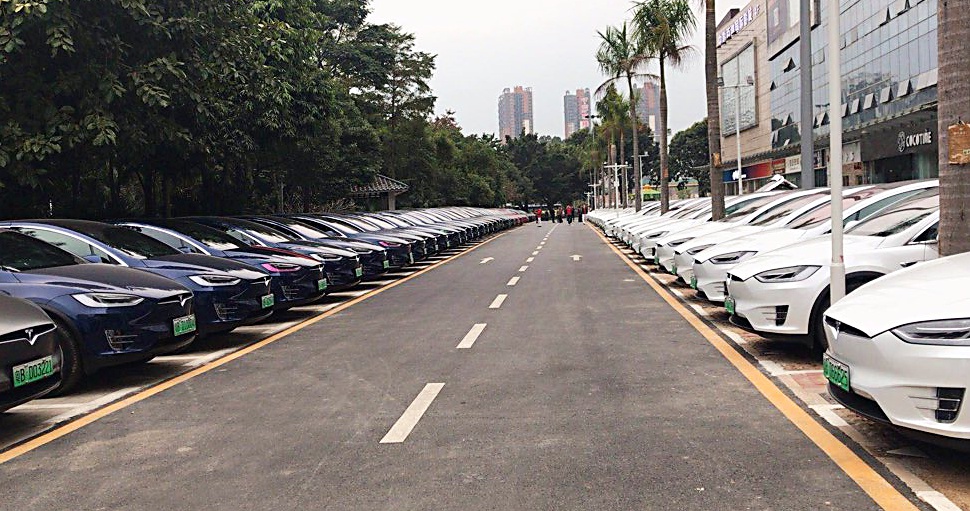 Reports have emerged that Tesla has started its recruitment efforts in China. The news comes less than a week after a business license was granted to Tesla Motors Hong Kong Co., LLC, the electric car maker’s HK division, to operate and establish a solely-owned facility in the country.

Tesla’s hiring efforts started on May 16, with the company’s official WeChat account posting job listings for a Tesla facility in Shanghai. Among the positions listed in by the company were project managers, tax commissioners, government affairs managers, financial service area managers, low-voltage electrical test engineers, and IT field system administrators.

As noted in a report from Sohu, a local news agency, Tesla Motors HK’s recently-granted business license lists the company’s address as No. 168 Tonghui Road, Nanhui New Town, which is in the same area as the Shanghai Lingang Industrial Service Center. A field reporter from the news agency visited Tesla’s listed site on May 15, but so far, it appears that construction is yet to take place on the location.

Tesla’s registered capital for its first Shanghai site is listed at 100 million yuan, which corresponds to $15.8 million. Interestingly, the industrial and commercial information outlined in the business scope of Tesla’s first Shanghai site does not mention the production of battery modules or electric vehicles. As noted in a report from JQK News, the facility would instead be involved in the “technical development, technical services, technical consulting, technology transfer in the field of electric vehicles and parts, batteries, energy storage equipment, and photovoltaic products.” The facility will also be providing “supporting services, electric vehicle demonstration, and product promotion.”

Overall, it appears that Tesla’ first Shanghai facility will not be the company’s Gigafactory that Elon Musk teased during the Q1 2018 earnings call. The factory, which Musk said would produce both battery modules and vehicles, is expected to manufacture the upcoming Model Y crossover SUV, as well as some of the Model 3. As noted by Chinese business news agency EastMoney.com, the listed location in Tesla Motors HK’s business license is simply far too limited to accommodate Tesla’s factory.

Speculations are emerging about the location of the China Gigafactory, however. On May 15, a report from the China Securities Net was released, citing informed sources who reported that Tesla had begun work on a factory in Shanghai. The alleged location of the factory, according to the sources, was a piece of land adjacent to the seashore along the seawall of Lingang. According to a local news reporter who visited the site, the location did not show prominent signs of construction, though several heavy equipment were parked in the area. A worker who was on the site noted that they were instructed to raise the plot of land. The worker, however, did not mention Tesla.

A factory in China is a pertinent part of Tesla’s goals for expansion. During the company’s Q3 2017 earnings call last November, Musk stated that having a factory in China is “really the only way to make cars affordable” in the country, which hosts one of the most lucrative markets for electric vehicles. Musk mentioned Tesla’s China facility in the Q4 2017 earnings call as well, when he teased that capital investments related to the Model Y will likely be made this year.

Overall, it was China’s pledge to cut import tariffs and remove ownership restrictions for foreign carmakers operating in the country that seems to have pushed the company’s foray into the Asian economic superpower further. Before China softened its stance on foreign automakers like Tesla, Musk likened its initiatives in the country to “competing in an Olympic race wearing lead shoes.”