SpaceX Falcon 9 briefly incinerates itself after another successful mission

Following the successful separation of Koreasat 5A from SpaceX’s Falcon 9 second stage, the rocket company has completed its 16th flawless mission of 2017. Several launches still remain in the 2017 manifest, leaving SpaceX with as many as 20 successful launches this year if all goes as planned, and this bodes well for SpaceX’s 2018 goal of 30 or more missions. 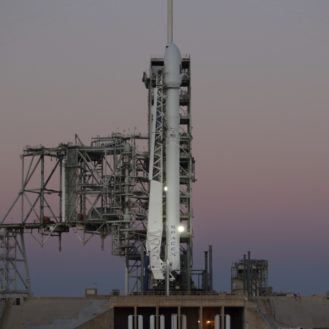 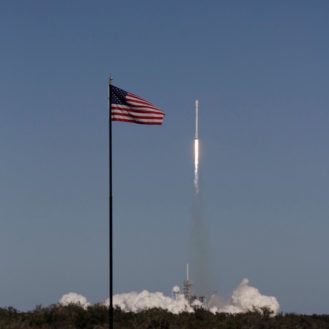 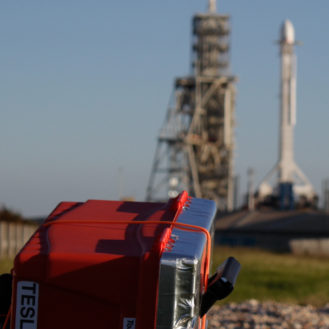 Currently coasting in a comfortable geostationary transfer orbit after a wild ride aboard Falcon 9, the launch of Koreasat 5A exemplifies SpaceX’s ever-maturing expertise and comfort with rapid and routine launches and booster recoveries. Falcon 9 is also clearly maturing as a launch system, and has not suffered launch scrubs since the launch of Intelsat 35e in early July. Following first stage separation, Falcon 9 1042 made its way back to Earth and landed aboard Of Course I Still Love You, stationed approximately 350 miles off the East coast of Florida. This marks the 19th successful landing of a Falcon 9 first stage.

Despite suffering some apparently significant fire damage after the recovery of SES-11’s Falcon 9 earlier this month, OCISLY was repaired and sent back into action, performing admirably during its recovery of Koreasat 5A’s Falcon 9 core 1042. The booster may be less than thrilled, as it was captured on camera catching fire just after landing, potentially prematurely removing the possibility of future re-flights if the damage is too severe. SpaceX’s Falcon 9 is effectively a controlled explosion powered by liquid oxidizer and refined kerosene, and boosters cant exactly be faulted for incinerating themselves and their surroundings every once and awhile, although SpaceX almost certainly strives to prevent major fires as much as possible. 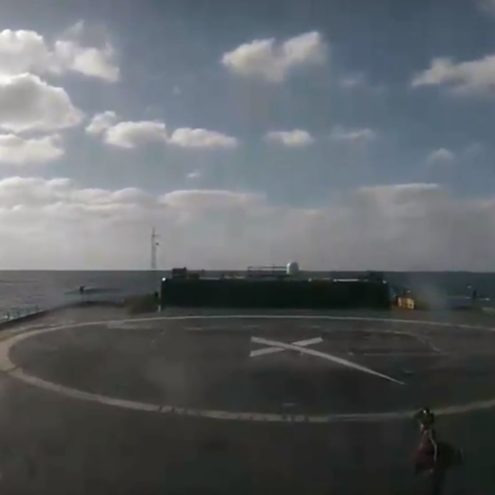 What a beautiful day for a rocket landing! (SpaceX) 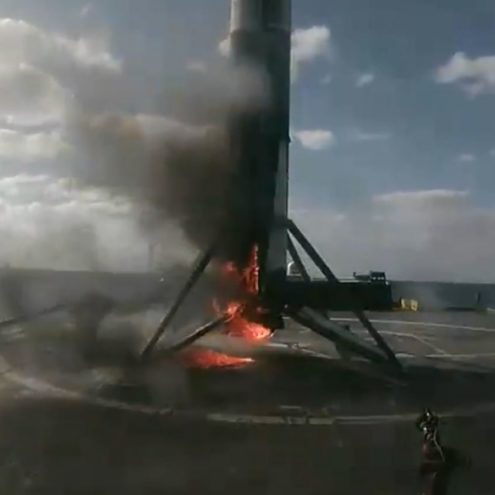 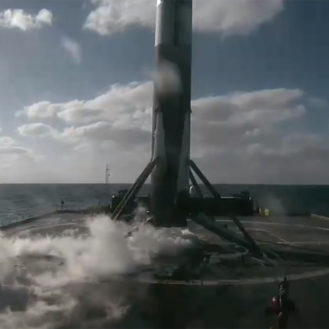 And the booster finally got some respite from the fire, thanks to OCISLY’s water gun. (SpaceX) 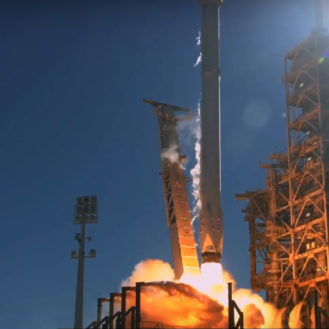 On top of another successful mission, the last week was accompanied by a flurry of revelations regarding SpaceX’s near-term plans. Earlier today, NASASpaceflight.com revealed information it was provided indicating that NASA has cleared Cargo Dragon missions for launch aboard recovered SpaceX rockets. This is an immensely important achievement that cannot be understated. NASA is SpaceX’s largest and most valuable customer, and SpaceX conducts an array of launches each year for the agency’s Commercial Resupply Services program.

While we wait for official confirmation from NASA itself, we can now look forward to at least two more Falcon 9 reuses in the final two months of 2017, both scheduled for launches in December. CRS-13, aiming for an early December launch, is now expected to use the same Falcon 9 booster that launched CRS-11 in June 2017. On the West coast, Iridium has also agreed to launch several NEXT missions aboard reused Falcon 9s, with the NEXT-4 mission now scheduled to launch from Vandenberg Air Force Base aboard the booster that helped lift the Iridium NEXT-2 payload in June 2017.

All things considered, this is an extraordinary accomplishment. In the first year of commercial reuse, SpaceX has already accomplished three successful missions aboard reused hardware, and is likely to make that five missions before the year is out. There is also a small chance that Falcon Heavy will launch later this year, itself composed of two refurbished boosters and one new booster. The future is looking undeniably bright for SpaceX’s program of rocket reusability.

SpaceX Falcon 9 briefly incinerates itself after another successful mission