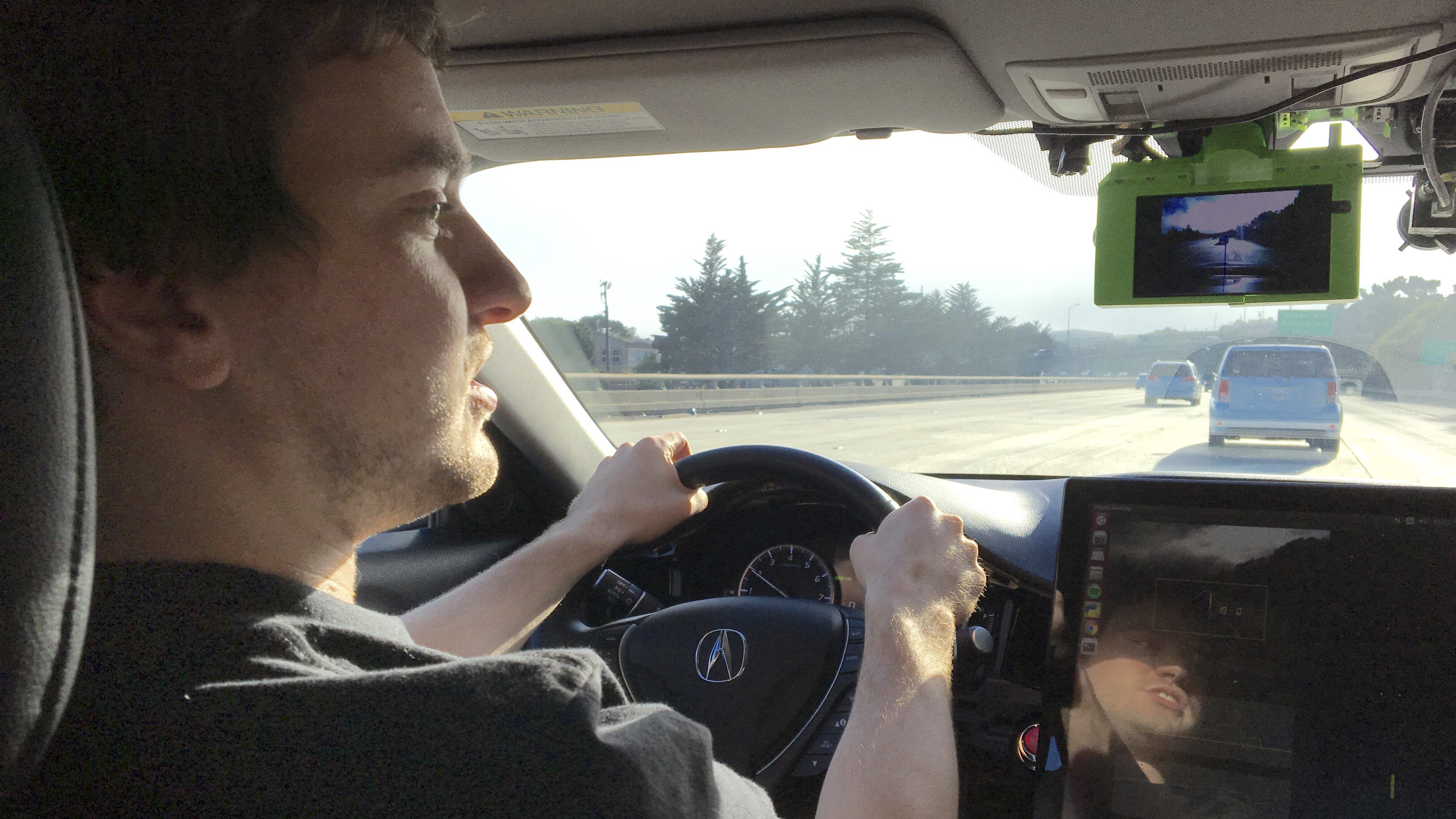 One of the most outspoken players in the race to autonomous cars has some strong thoughts on where the future of self-driving technology is headed. George Hotz, the CEO and founder of Comma.ai, believes heavily in a future where AI-driven computer vision powers our self-driving cars. I sat down with Hotz on the NextMobility podcast to discuss everything from Tesla’s Autopilot to Comma.ai’s suite of products that take aim at converting the regular car into a self-driving vehicle.  Listen below, or download it on Apple Podcasts or on other platforms.

So how do we get there? According to Hotz, computer vision technology is already good enough to be comparable to LiDAR. The real problem is getting AI to understand the environment and make intelligent decisions. Predictive complexity and being able to reason what course of action is needed is the challenging part of self-driving vehicles, George explains.

“That’s the easy part (Computer vision), the hard part is- okay I’m trying to merge up here, how is my model going to behave.” – George Hotz

Hotz famously showed a working prototype of his self-driving technology in a Bloomberg Businessweek interview with Ashley Vance in December 2015. Since then the company’s strategy has changed along with its technology. Hotz open-sourced their self-driving software last November and called it Openpilot after the NHTSA threatened to shut down his project.

Hotz has avoided dealing with regulators by creating a Comma.ai hardware ‘ecosystem’ this year that can run the open source software. Rather than simply making hardware that allows the vehicle to drive autonomously, the hardware creates an interface to allow computers to interact with the vehicle in several ways.

Comma.ai’s new product line consists of the EON dashcam that also doubles as a navigation and music interface, the Panda OBD-II connector, and a Giraffe connector to seamless tie into a vehicle’s system. Using all three products, one can run music, navigation and even their Openpilot driving agent on the vehicle. 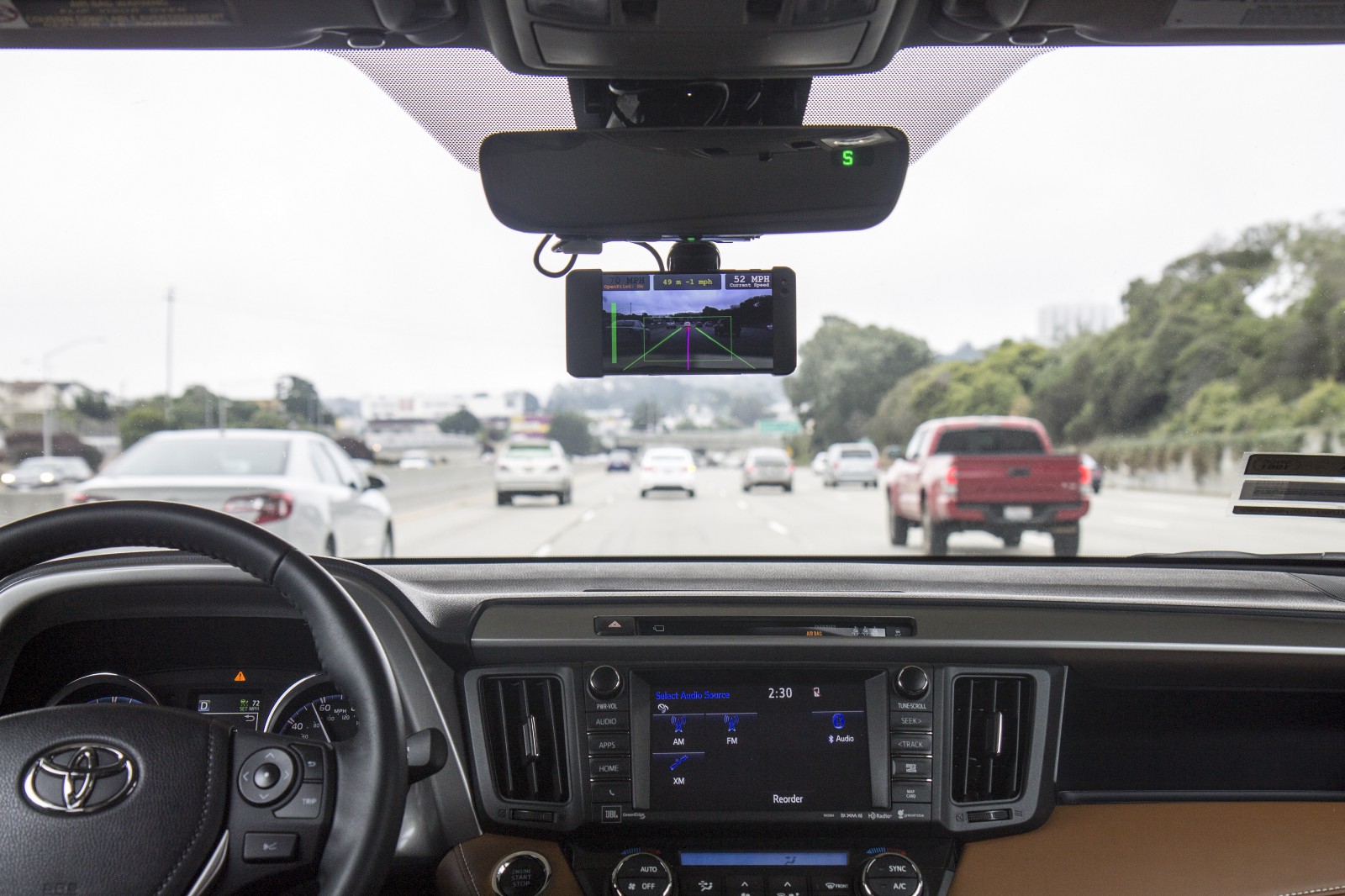 Comma.ai’s new EON dashcam does a heck of a lot more than record video. (Photo: Comma.ai)

In 2015, Hotz considered ‘contracting’ with Tesla to help develop their Autopilot software, but then decided to pursue the technology on his own. I asked Hotz why he thought Tesla has had trouble retaining leaders in the division and he shared his theory.

“Elon has an idea in his head that it (self-driving vehicles powered by computer vision and AI) should be easy, and he’s right- it absolutely should be easy. So every time someone doesn’t make it seem easy- he fires them. Which is actually a probably good strategy. So what’s the problem… it’s just actually implementing all the stuff, I mean implementation is hard. It’s not the theory, the theory is all there,” said Hotz on the NextMobility Podcast.

Hotz also believes that other automakers are still very behind Tesla in terms of vehicle architecture. While other companies are launching long-range electric vehicles or planning their development, they still have yet to compete with Tesla’s technological advancements.

“They (other automotive companies) are going to be like, holy crap- we are five years behind… the car manufacturers still have no idea how far they are behind. The Model S has sophisticated compute, OTA, Linux boxes, a large touchscreen, and a modern user interface. What does the Chevy bolt have?”

Who do you think will win the self-driving game?