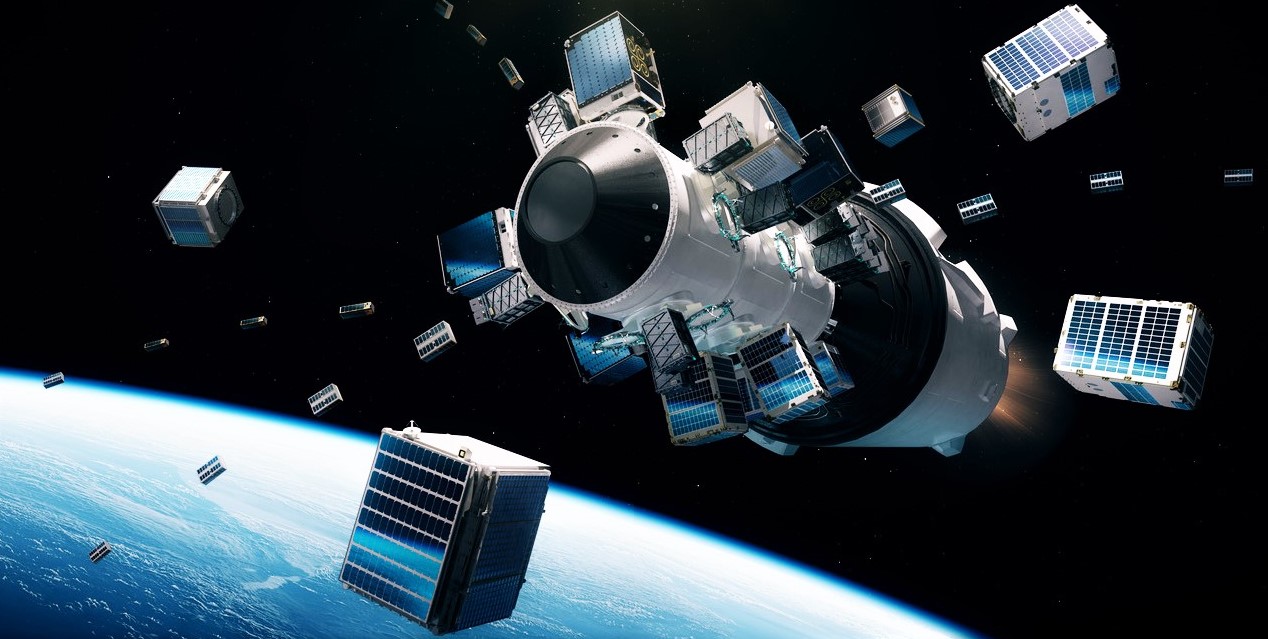 While delayed from Friday to Saturday, SpaceX’s next Falcon 9 launch still appears to be on track to obliterate the world’s current record for most satellites launched on a single rocket.

Currently set at 104 satellites by an Indian PSLV rocket launch in 2017, all signs point to SpaceX beating that record by almost 50% on its very first dedicated Smallsat Rideshare Program launch. Kicked off in 2019, not long after SpaceX completed its first dedicated rideshare launch for company Spaceflight Industries in December 2018, the Smallsat Program aimed to offer exceptionally affordable prices to companies and institutions open to rideshare arrangements.

While primarily centered around more frequent but mass and volume-limited Starlink tag-a-longs, three of which SpaceX has already completed, executives also promised regular bus-like Falcon 9 launches entirely dedicated to rideshare payloads. SpaceX’s first such mission, known as Transporter-1, is now scheduled to launch no earlier than 9:40 am EST (14:40 UTC) on Saturday, January 22nd.

In a surprising but welcome development, SpaceX continues to work closely with Celestrak – an extensive space-tracking catalog – and provided prelaunch data estimating the number of satellites and their positions shortly after deploying from Falcon 9’s upper stage. Notably, the data offers the first unofficial but likely reliable way to determine the number of spacecraft set to be deployed on SpaceX’s first dedicated Smallsat Program launch.

It’s extremely difficult to determine exactly how many satellites are aboard without an official account due to the fact that no less than four companies – Exolaunch, Spaceflight, Nanoracks, and SpaceX itself – are simultaneously operating as payload integrators with their own separate deployment systems (and even spacecraft). Uncertainty aside, based on unofficial analysis of the numbers provided to Celestrak by SpaceX, Transporter-1 will likely be carrying anywhere from 133 to 155+ small satellites come liftoff. In other words, SpaceX is set to beat the current record of 104 satellites by 25-49%.

While adding complexity, SpaceX’s willingness to effectively subcontract large portions of rideshare launch service management to other companies also gives prospective customers ways to get their satellites into orbit at prices far lower than what SpaceX directly offers. Per SpaceX.com, the company continues to require a minimum order of $1 million for 200 kg to sun-synchronous orbit (SSO) and customers can choose to buy additional mass for $5,000 per kilogram. Those prices may sound expensive but are actually extremely competitive relative to the rest of the space launch market.

However, $1 million would be about as expensive as it gets for average nanosatellites (~1-10 kg). Instead, intermediaries like Exolaunch and Spaceflight work to win and wrangle multiple customers into a certain timeframe and then purchase necessary space aboard one or more optimal rideshare launch opportunities. In the case of SpaceX, for example, an intermediary can pay SpaceX $2 million for two docking ports and 400 kg of payload capacity, find 20 customers in need of launch, and charge each customer an average of $200,000 per satellite while still making a profit.

Transporter-1 launch delays aren’t exactly shocking when one considers the fact that SpaceX is attempting to manage the needs of multiple different launch servicers and several dozen customers. To an extent, every customer satellite is unique and has unique requirements. In several cases, some of the mission’s payloads are quite literally experimental, adding even more challenges and uncertainty.

With any luck, the stars will align and allow Falcon 9 to launch Transporter-1 this Saturday. Stay tuned for updates and webcast details.