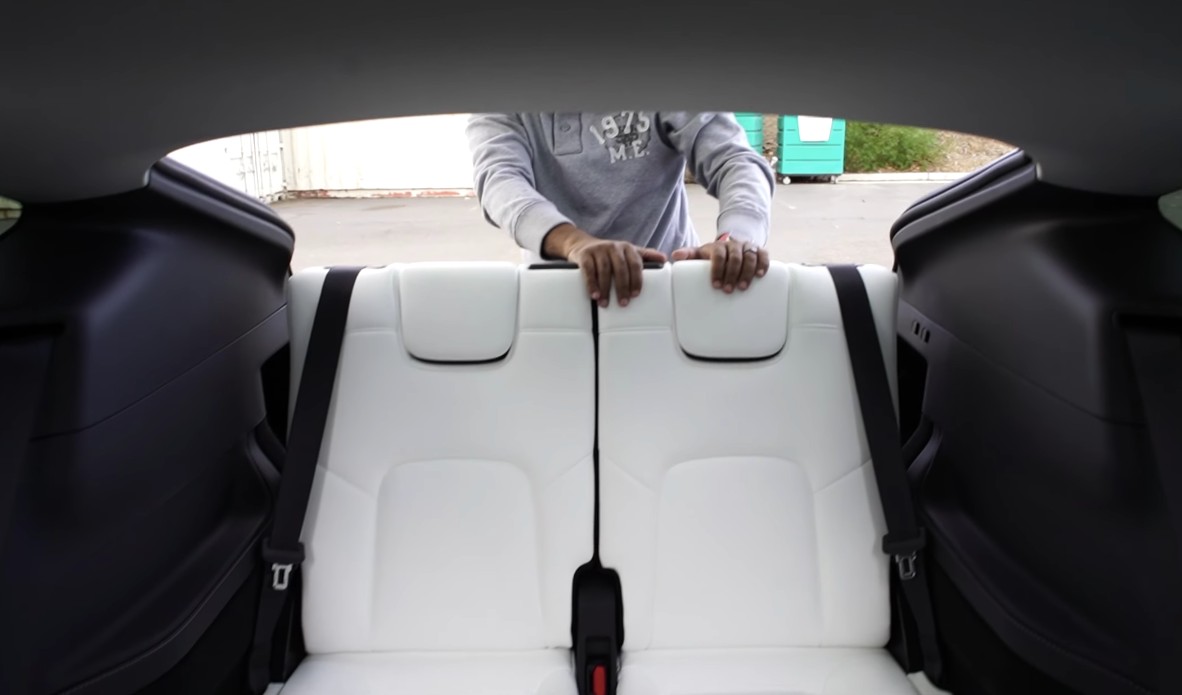 Since the Model Y’s unveiling, debates about the all-electric crossover’s third-row seats have been abounding. Tesla supporters noted that the Model Y’s seven-seat setup would be perfect for a family with small children, while skeptics argued that there was simply no realistic way for the vehicle to have usable seven seats.

What is quite interesting to note is that much of the criticism surrounding the Model Y’s seven-seat setup does not seem to consider that the second row seats would be pushed forward when the vehicle is transporting seven people. Sacrificing some legroom in the second row to accommodate two more passengers in the third row is common practice among families that travel together, and it is something that seems to have been conveniently forgotten in the Model Y third row debate.

With the second row seats pushed forward, the Model Y’s third row seats end up offering a surprising amount of practicality. This becomes especially notable considering that the third row fit car seats pretty well. And as shown in the YouTube host’s video, the remaining cargo area with the third row seats up is still enough to fit a stroller. With this in mind, it definitely seems like Tesla has come up with a pretty good way to maximize the utility of its all-electric crossover, even when it’s transporting seven people.

Of course, buyers that value space in the third row, or at least those who wish to transport people that are six feet and over all the time, would be better served by the Model X. But for families with children who tend to go for the occasional short drive with every member of the household, the Model Y’s seven seat configuration seems to be just right.