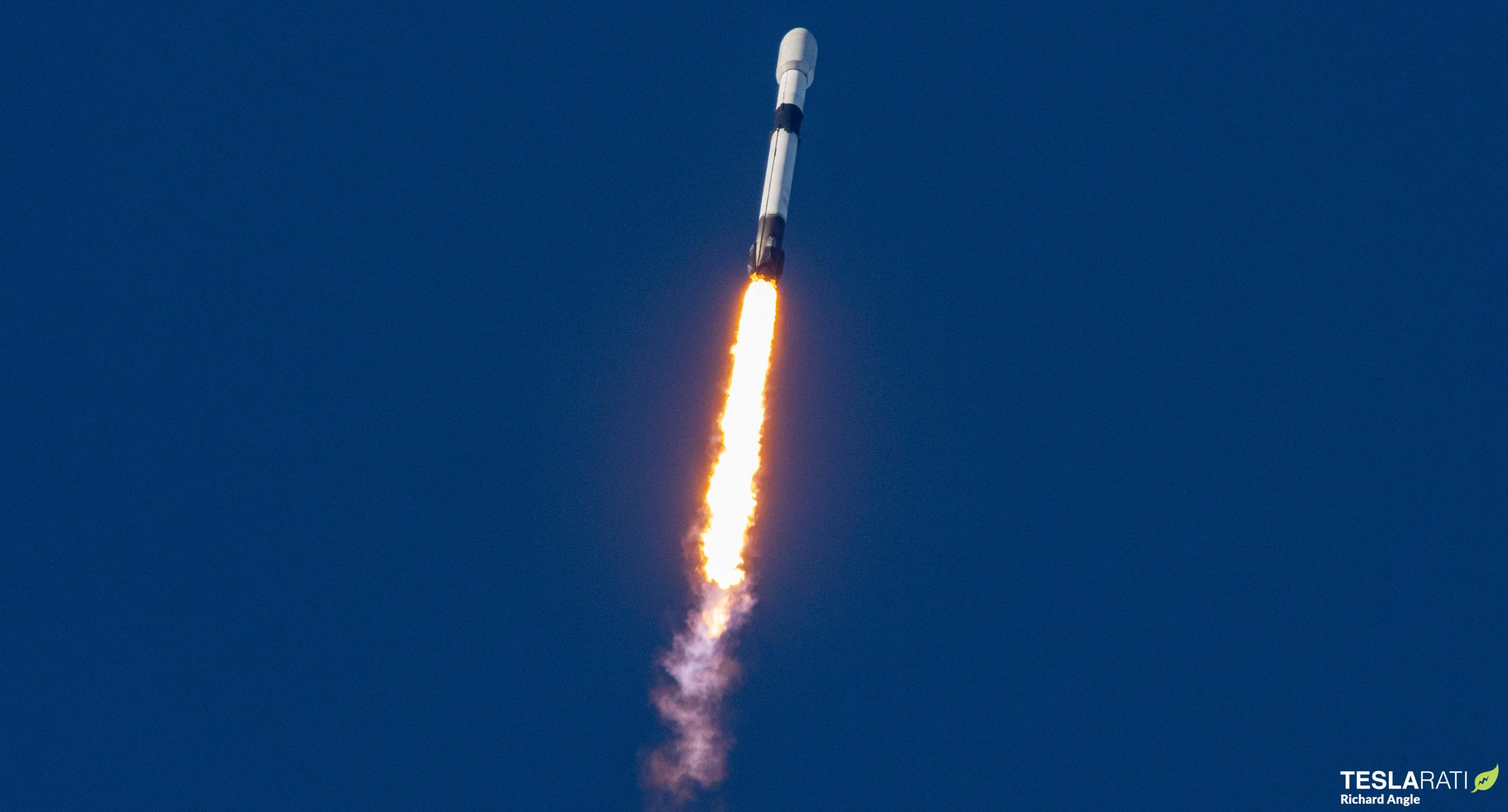 The existing record was also held by Falcon 9 and set in early 2021 when booster B1060 launched a Turkish communications satellite and a batch of Starlink spacecraft just 27 days and 4 hours apart. Now, just under 15 months later, a new Falcon 9 booster has decisively taken the crown.

At 5:27 pm EDT, Falcon 9 B1062 lifted off as planned from SpaceX’s Cape Canaveral Space Force Station (CCSFS) Launch Complex 40 pad. Flying for the sixth time, the reused booster carried an expendable Falcon upper stage, fairing, and a batch of 53 Starlink V1.5 satellites most of the way out of Earth’s atmosphere to a velocity of 2.2 kilometers per second (Mach ~6.5) before separating and landing on a SpaceX drone ship.

Just 21 days and 6 hours prior, booster B1062 completed an almost identical launch with an identical payload of 53 Starlink satellites, smashing Falcon 9’s existing 27-day record by almost 25%. As is the case with SpaceX’s two 27-day turnaround records, the new 21-day record is made even more impressive by the fact that it took four and a half days just to tow B0162 almost 700 kilometers (~430 miles) back to port before it could begin preparing for Starlink 4-16. In theory, that means that SpaceX could have likely turned B1062 around in just 16.5 days if the booster had been able to land back at Cape Canaveral after Starlink 4-14.

SpaceX says that the actual process of refurbishing Falcon 9 B1062 took just 9 days, an extraordinary feat that further indicates that the real turnaround time is already much lower than 21 days.

Blue Origin’s New Shepard booster may be a better comparison in some regards but it’s almost an order of magnitude lighter and smaller and is part of a strictly suborbital launch vehicle. Six and a half years after its first successful landing, New Shepard’s booster turnaround record is 59 days.

According to Spaceflight Now, SpaceX has plans for up to four more Starlink launches within the next month: Starlink 4-17 no earlier than (NET) May 5th, Starlink 4-13 NET May 8th, Starlink 4-15 NET May 16th, and Starlink 4-18 NET May (date TBD). Transporter-5, a dedicated rideshare launch, is also targeting May 25th, and another Falcon 9 is scheduled to launch a Cargo Dragon spacecraft to the International Space Station on June 7th.