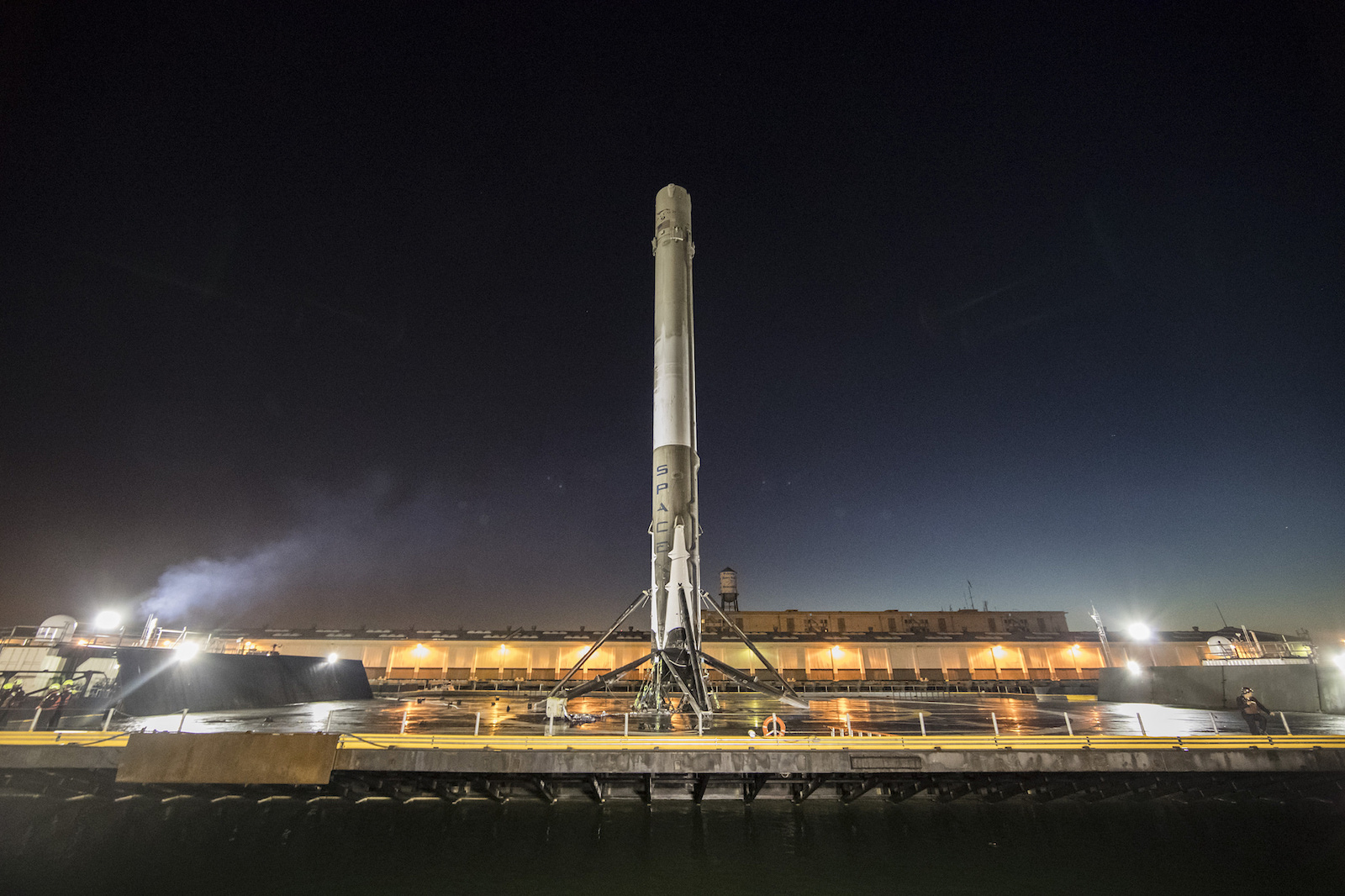 SpaceX ’s Falcon 9 return to flight (RTF) mission was a picture-perfect comeback, both figuratively and literally. On January 14, 2017, the company’s enthusiastic launch customer, Iridium, witnessed ten of its NEXT satellites deployed into orbit while Falcon 9’s first stage booster successfully landed onto its west coast droneship, “Just Read the Instructions”.

Elon Musk and SpaceX later tweeted a photograph of the landing that captured its spot-on landing, along with a link to a photo collection posted to SpaceX’s Flickr account.

Now that the highly-anticipated RTF event has arrived, it’s time for Falcon 9 to march towards the next chapter of reusability. SpaceX has recovered seven first stage cores to date, most of which are potential candidates to be reused on a future mission.

On April 8, 2016, SpaceX completed its Falcon 9 Dragon cargo mission to resupply the International Space Station (ISS), and the first stage of its booster made history by successfully landing on a droneship for the first time. The same core recovered from that mission is now scheduled to make history once again and launch SES-10 no earlier than (NET) February 22, 2017.

SES-10, owned by SES of Luxembourg and built by Airbus Defense and Space, will be flown into geostationary orbit to provide telecom services to Latin America. Also notable, SES and SpaceX have history together: SES was SpaceX’s first commercial customer with the launch of SES-8 in December 2013. This relationship was acknowledged by Elon Musk when the contract for the refurbished booster was signed.

Thanks for the longstanding faith in SpaceX. We very much look forward to doing this milestone flight with you. https://t.co/U2UFez0OhY

SES previously confirmed that it received a discount for being the first customer to fly on a refurbished rocket. The satellite has reportedly been relocated to Florida after having been transferred from its manufacturing origin of Toulouse, France.

SES 10 isn’t SpaceX’s only mission in the coming weeks. Two other customers are awaiting their slot: EchoStar Corp. and NASA.

The next scheduled launch for Falcon 9 has been tentatively set for January 26th from Cape Canaveral, Florida. Its cargo will be EchoStar Corp’s EchoStar 23, a satellite providing Ku, Ka, and S-band communications capacity for direct-television broadcast services in Brazil. The company has been driven by a mid-2017 Brazilian regulatory deadline to begin broadcast services, thus Falcon 9’s restored flight status is a welcome relief.

The EchoStar 23 mission will be the first Falcon 9 launch conducted from historic Launch Complex 39A, former host of the Apollo missions. Pad 39A has been under construction since it was leased by SpaceX from NASA in April 2014, its primary intended purpose being that of hosting Falcon Heavy launches.

NASA also has another ISS cargo mission on the books with SpaceX, currently scheduled for February 8th. This will be the 10th Dragon cargo mission that SpaceX has been contracted for. While not scheduled to break any historical records, this mission is another reminder of both the working relationship SpaceX has with NASA and abilities as a serious launch provider heading towards transporting American astronauts into space.

Stay tuned as we bring you more coverage of upcoming booster landings and possibly a Falcon Heavy launch expected to take place later this year.