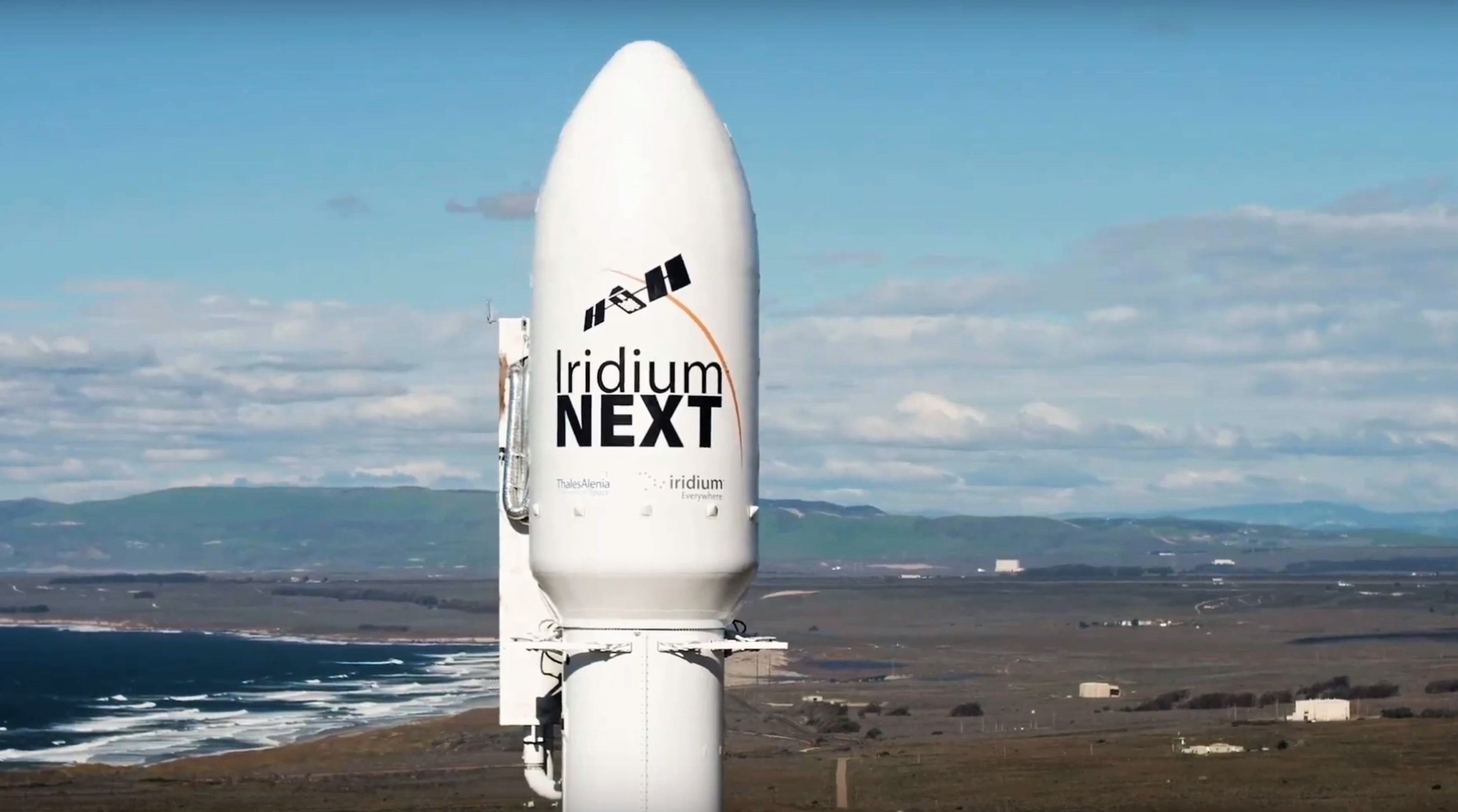 SpaceX to launch ninth batch of Iridium NEXT satellites

Iridium Communications has chosen SpaceX to launch one last batch of its NEXT communications satellites, rounding out the constellation with up to five more on-orbit spares.

The company says that SpaceX’s Falcon 9 rocket will launch those satellites as part of a rideshare mission that is scheduled to lift off from California’s Vandenberg Space Force Base (VSFB) no earlier than mid-2023.

Iridium and SpaceX have had a close relationship for as long as Falcon 9 has been flying. In 2010, days after Falcon 9’s first successful launch, the company – led by CEO Matt Desch – awarded SpaceX a head-turning contract worth almost $500 million for the launch of the entire Iridium NEXT constellation. SpaceX kicked off Iridium NEXT launches in early 2017, returning to flight after a Falcon 9 rocket exploded on the launch pad just four months prior.

Less than two years later, SpaceX had completed eight Falcon 9 launches for Iridum and successfully deployed the full 75-satellite NEXT constellation (up from initial plans for 72 satellites) in polar orbit. Now, after what will be a four-and-a-half-year hiatus of joint activities, Iridium wants SpaceX to launch up to five of the six remaining NEXT spares, meaning that Falcon 9 will likely be responsible for launching all but one satellite of the constellation.

When SpaceX completed its eighth and (at the time) final Iridium launch in January 2019, the communications provider was left with nine NEXT satellite spares in orbit and six spares on the ground – all ready to take over (or be launched) in the event of an anomaly. Built by Thales Alenia Space, those satellites – built and launched for approximately $2.9 billion – have proven exceptionally reliable. Close to six years after the first launch, none of the 75 satellites currently in orbit have failed.

Iridium isn’t launching the six remaining ground spares because it needs them, in other words. On top of nixing the cost of storing satellites for years, Iridium’s CEO says that launching those spares now will “make [the NEXT] network even more resilient.” Prior to the September 8th announcement, Iridium’s Q2 2022 earnings report revealed a $35 million contract to launch five of the six remaining NEXT spares – almost certainly referring to its ninth SpaceX launch. Accounting for inflation, Iridium paid SpaceX approximately $8.9 million in 2022 dollars for each of the first 75 NEXT satellites it launched. For its ninth SpaceX launch, Iridium will pay $7 million – 21% less.

In 2020, Iridium signed a nonbinding agreement with startup Relativity Space to potentially launch all six spares on its 3D-printed Terran 1 rocket. Two years later, it appears that Iridium has mostly changed its mind, and no longer wants to worry about launching its NEXT spares “on an as-needed basis.” With a list price of $12 million, Terran 1 would only be able to launch one 860-kilogram (1900 lb) Iridium NEXT satellite at a time, translating to at least $72 million for all six. As is common for new launch vehicles, Terran 1 has also run into many delays, although Relativity says it could debut as soon as October 2022. It’s possible that Terran 1 could still launch the last Iridium NEXT ground spare, but statements published on Twitter by CEO Matt Desch do not inspire confidence.

Ultimately, Iridium seems to have elected to launch most or all of the remaining spares at once, simultaneously saving tens of millions of dollars and adding additional resiliency to its communications services.

SpaceX to launch ninth batch of Iridium NEXT satellites